This week has been an exciting week for Debating. On Monday 31 May, the Brisbane Girls Debating Association (BGDA) held its Grand Final here at Girls Grammar. This evening was the culmination of two intense terms of fortnightly debating in the gruelling short-preparation format. Girls Grammar had a team competing in each of the association’s three divisions and enjoyed the presence of many loyal supporters despite the low temperatures and late start times.
Both the Year 9 and Year 10 teams finished the evening as runners-up on split decisions—even the adjudicators could not come to a consensus! We thought these girls argued extremely well.

In addition, Louise Campbell (10O) was awarded the Speaker of the Series award. Congratulations to all our wonderfully argumentative students.

The Awards Evening was completed with addresses from two guests, including Grammar Woman, Professor Therese Wilson (1983), who is Dean of the Griffith Law School, a BGDA sponsor, and mother of Grammar Woman, Ellen Wilson (2017), herself a debater, coach and adjudicator. 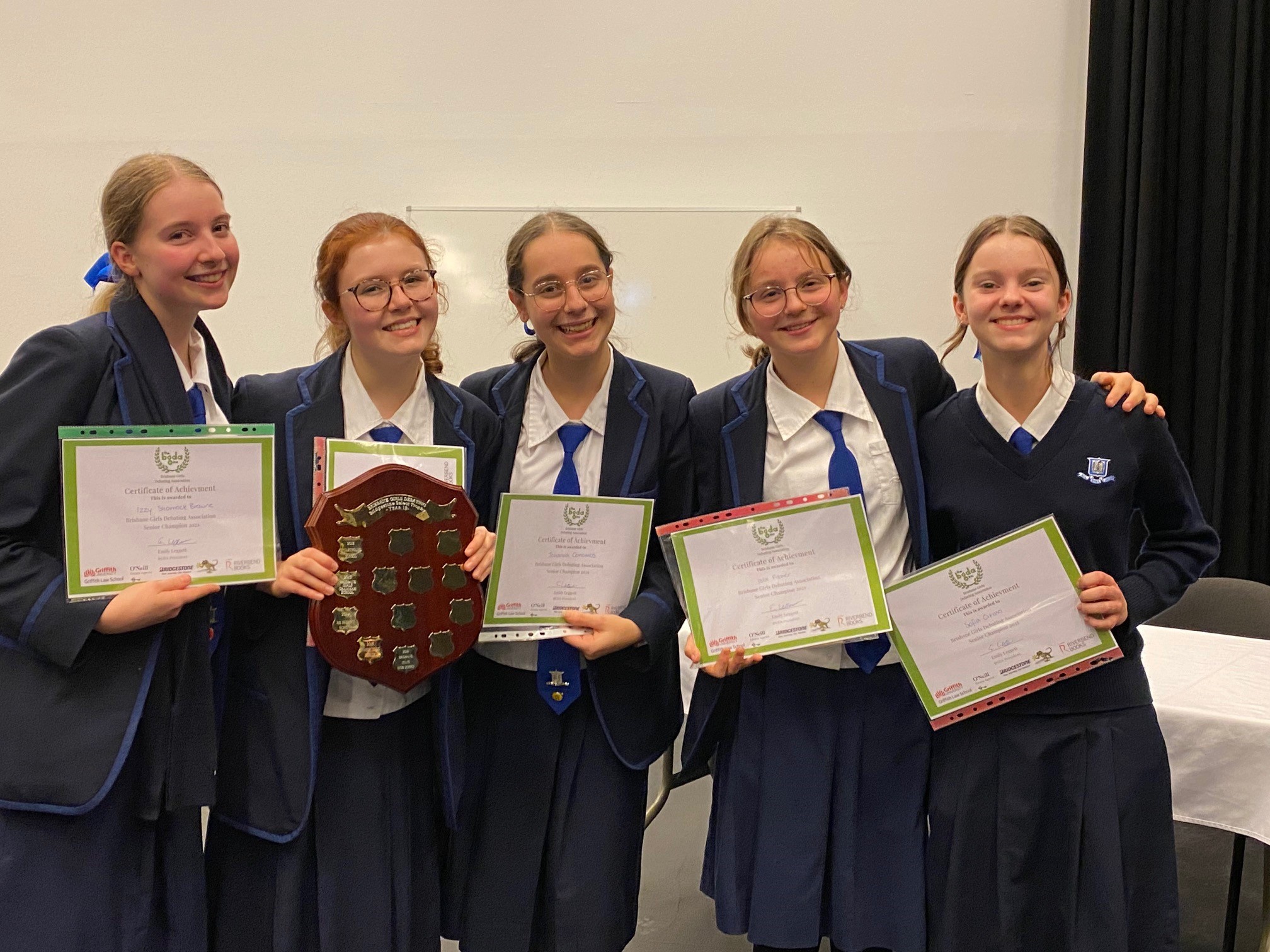 The Study of History

The Humanities and Being Human