The School’s four existing telescopes, and two telescopes yet to be installed, have been named by BGGS staff. Each of the telescopes honour women who have made significant contributions to the field of astronomy.

A total of 350 083 stars were classified, on glass photographic plates, at the Harvard College Observatory in Massachusetts by women known as ‘computers’.

Williamina Fleming, one of Harvard College Observatory’s computers, devised a system for classifying stars from the photographic plates of stellar spectra. Those that showed hydrogen as the most abundant element were put in Class A. She based her scheme on the complexity of spectral lines and bands which were due to hydrogen. She had an alphabetical system of A to O.

In her nine-year career at the Observatory, she catalogued 10 351 stars, most of which were visible to the naked eye from her location. She discovered 10 novas, 59 gaseous nebulas, and 310 variable stars including 22 with long periods.

In honour of Williamina’s work, a crater on the Moon is named after her, and Brisbane Girls Grammar School’s Takahashi telescope will also carry her name.

Antonia Maury, of Harvard College Observatory, found several distinctions in stellar spectra which were not recognised in the Fleming scheme. She arranged the classification scheme into 22 groups based on decreasing temperature, with the width of the lines being a further subdivision.

Her work was recognised by Danish chemist and astronomer Ejnar Hertzsprung who, independently from his contemporary, US astronomer Henry Norris Russell, used this scheme to construct a graph of luminosity of stars versus temperature. This Hertzsprung-Russell diagram was a great organising principle (like the Periodic Table of the elements in Chemistry). From the diagram, the evolution of stars may be inferred.

In recognition of her work, a lunar crater is named after Antonia Maury, as is the School’s Skywatcher telescope.

Antonia Maury alongside the 100 mm Skywatcher with 1.5-megapixel colour CCD

Annie Cannon classified 350 000 stars and could sort the spectra at the rate of 300 per hour.

She negotiated a compromise between the schemes of Fleming and Maury which led to a rearrangement of the alphabetical list to OBAFGKM with each subdivided into numbers 0-9. Her criterion was the strength of absorption lines of hydrogen (which are related to the extent of ionisation and this is connected to temperature). In 1922 this classification system was adopted by the International Astronomical Union, and is the one used today.

In recognition of her work, the School’s Planewave camera will be named after her.

Dame Susan Jocelyn Bell Burnell, of the University of Cambridge, discovered the first radio pulsar in 1967. It is a rotating neutron star.

She was also president of the Royal Astronomical Society from 2002 to 2004.

The School’s Celestron telescope will be named after her.

Two telescopes have been proposed for the School’s Spring Hill campus, a solar scope (Payne) and one dedicated to imaging the Moon and planets (Leavitt).

In 1925, Cecilia Payne was the first female to be awarded a PhD from Harvard College Observatory.

She applied the new ideas of atomic structure and the line spectrum of elements to connect the spectral class of stars and their temperature. Her work on the stars of high luminosity led to an understanding of the evolution of stars.

From her analysis of stellar spectra, she determined the proportion of elements in stars. In particular, from the solar spectrum, she deduced that the Sun was predominantly hydrogen, with the next most abundant atom being helium.

Payne was honoured with the name of an asteroid. 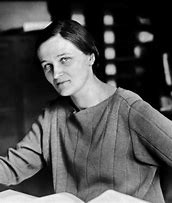 Henrietta Leavitt examined 1777 variable stars in the Large and Small Magellanic Clouds (other galaxies which are nearby). She reasoned that any star in one of these galaxies would be the same distance from Earth. She noticed that a group of them called Cepheid variables (named after a star in the constellation Cepheus) presented a relationship between its luminosity and period. From this she deduced that if the period were measured in any other galaxy, its luminosity (at the distance to one of these clouds) would be known. Then, based on its brightness as seen from Earth, its distance relative to the cloud could be deduced. Once the distances to the clouds were ascertained by other means, the distance to a galaxy could be determined.

American scientist Harlow Shapley used this period-luminosity relationship as evidence for immense distances in the Universe. It was also used by American astronomer Edwin Hubble to show his idea on the expansion of the Universe.

Leavitt has a crater on the Moon and an asteroid named after her.

From the Science Classroom