This year, I’ve had the opportunity to participate in the newly formed Japanese Club, which is fun and a great way to immerse myself in Japanese culture. The club meets each Thursday lunchtime and showcases a range of Japanese activities from food tasting to origami. We’ve had the chance to eat mochi (rice cake), drink Japanese green tea and fold paper cranes. We’ve also learned to sing Ue o Muite Arukou, translating to ‘I look up when I walk’. Most recently, Berry sensei taught us Shuriken, the art of throwing hidden blades. We were even shown the real (and very sharp!) blades of the four-pointed Shuriken, with Berry sensei demonstrating his skilled technique against cardboard boxes. We all had the opportunity to practise on the boxes with wooden sticks and pencils, some of us going as far as to make dents in the cardboard. I highly recommend the Japanese Club to students looking to immerse themselves in Japanese culture. 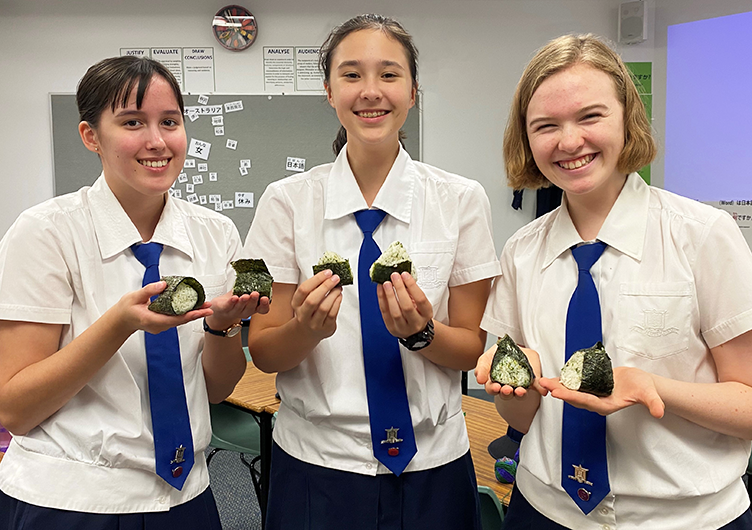