The youngest of four children, Emily grew up watching her older brothers and sister participate in their tennis lessons and said she couldn’t wait to play the game herself.

‘I would sit there and watch from the sideline and couldn’t wait until I was old enough to be allowed to join them.

‘One day my mum asked the coach if he could “throw a few balls” to me at the end of one of their lessons—I was ecstatic! Since then, I’ve loved the physical skill and strategy of tennis and the fact that it is a real battle out there on the court. I also love the traditions of the game, and I think it’s a great sport to play and watch.’

Emily—the winner of the 2019 Millisent A. Wilkinson Bequest for School Tennis Champion—regularly competes in representative tournaments outside of the QGSSSA competition but says this win was certainly a career highlight.

‘I wasn’t the favourite to win the title but I was confident. I had been playing well and had some good results leading into the championships. I won the 16 and under Queensland Junior Claycourt title on the Gold Coast the weekend before, so I knew I was on track to be a contender.

‘This win was certainly a milestone for me because it wasn’t limited to my age group and I had to fight hard to compete, and win against, older girls from all around the state.’

Emily will now lead the Queensland team as the number one player to compete in the Australian Championships in Perth later this year. We wish her all the best in the lead up to the competition. 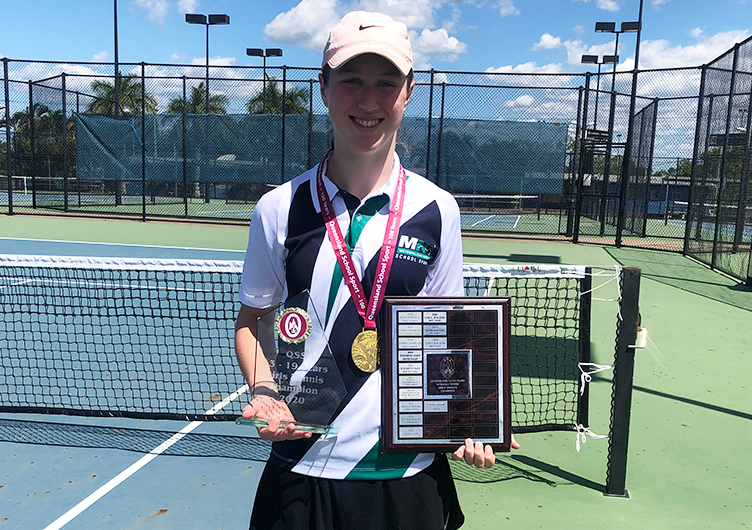