One of the most iconic Girls Grammar images is the navy blue velour hat. It has been used on banners, photographed from all angles, thrown into the air at Speech Day celebrations in King George Square and is embodied in a keyring, gifted to Year 12 girls at the Valedictory Dinner by the P&F Association. So, what is the story of the blue hat?

To go bareheaded was simply not proper in the late nineteenth century. Hats (and gloves) were crucial to the respectable appearance of women which is why, when the School opened in 1875, its new pupils would not have left their houses without a hat. Over time, although the intent has changed, wearing a hat has always been an essential part of a Grammar girl’s uniform. The hat has evolved from something deemed appropriate and fashionable to a visual representation of the School’s identity.

Mrs Helen Spence (1908) recalled that ‘in my day pupils never wore uniforms. Just their ordinary frocks, large shady mushroom hats, with a pretty ruching around the crown. Before we left school for home we had to put on our hats and gloves—otherwise we were kept in.’ This tradition of uniform inspection at the front gate is also familiar to the modern Grammar girl.

Mrs Beryl Cramb (1926) wrote in her recollections that, in 1923 or 1924, Miss Annie Mackay, Head Mistress at the time, permitted two girls from each class to meet in the front right-hand corner classroom of the Main Building. Here students voted to have a school uniform. It was decided that the uniform would include a rounded panama hat with a hatband in summer and a navy blue felt hat with a hatband in winter. These two hats continued through the 1960s.

The change in fashion in the 1960s and 1970s saw changes in the girls’ uniform. Head Mistress at the time, Miss Nancy Shaw, later commented in her 1991 recollections that the School had, during this time ‘some of the most gifted girls I have ever been privileged to know, and they were ringleaders in demanding all sorts of changes.’ Girls demanded, along with the abandonment of stockings in summer, and wearing of navy gloves altogether, a new style of hat—the boater—a hat popular with other schools. This style did not last long.

Miss Nancy Shaw began to think about abandoning the summer hat altogether because, after a couple of years of being folded and squashed into school bags, the straw hats did not keep their shape. In her 1977 Principal’s Report, Mrs Judith Hancock, spoke about this unresolved issue and as a consequence, ‘the Board decided that only one hat would be worn—the navy velour.’

Twenty-first century Grammar girls might think that this was the end of the hat saga—but, no, it was not. In 1986, Mrs Hancock introduced the bucket hat or, as the girls called it, ‘the bowls hat’. This was most likely chosen because it was easy to fold, put in lockers and bags, and was sun safe. However, the bowls hat’s presence in the School was short-lived: it was unpopular with the students who wanted the more traditional velour hat that they felt gave the uniform and the image of the School more gravitas.

The hat is a part of how Grammar girls see themselves and their School, and sometimes its very appearance [or non-appearance], says more about the wearer and her attitude than the hat itself. 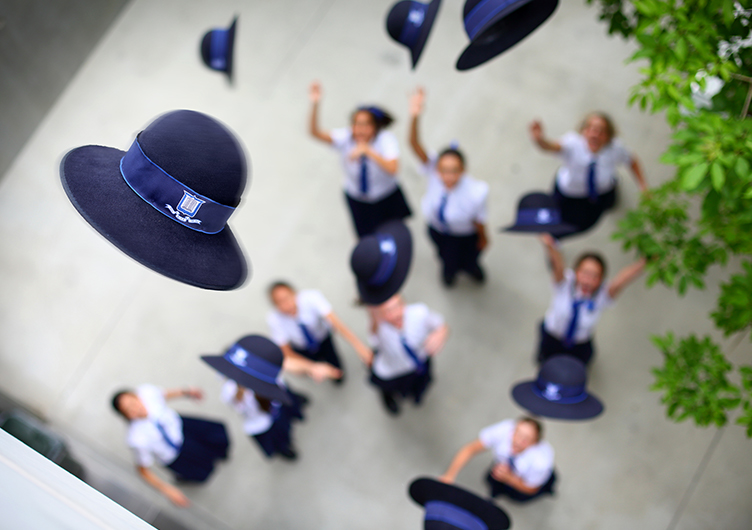 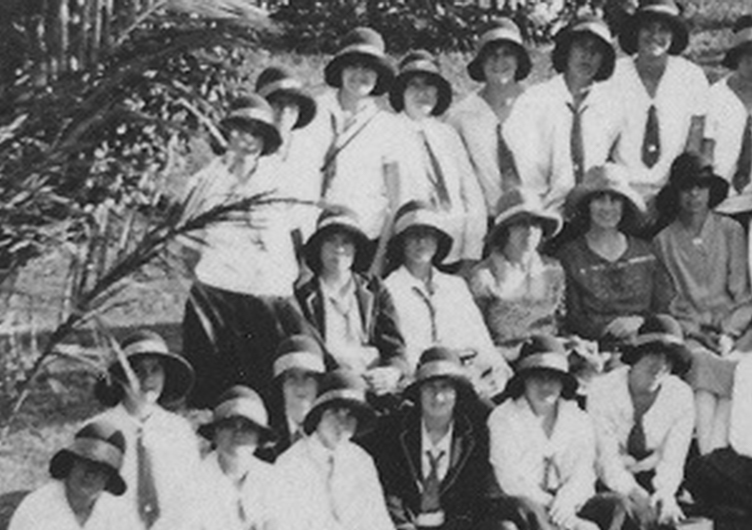 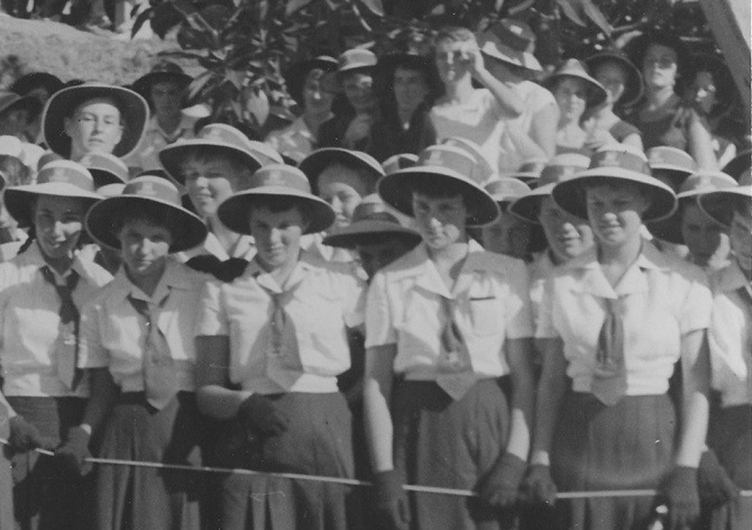 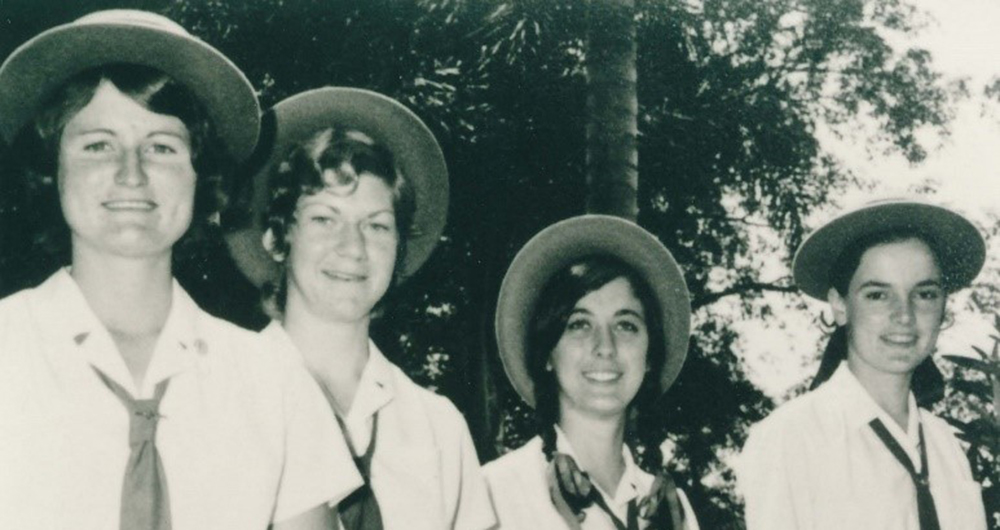 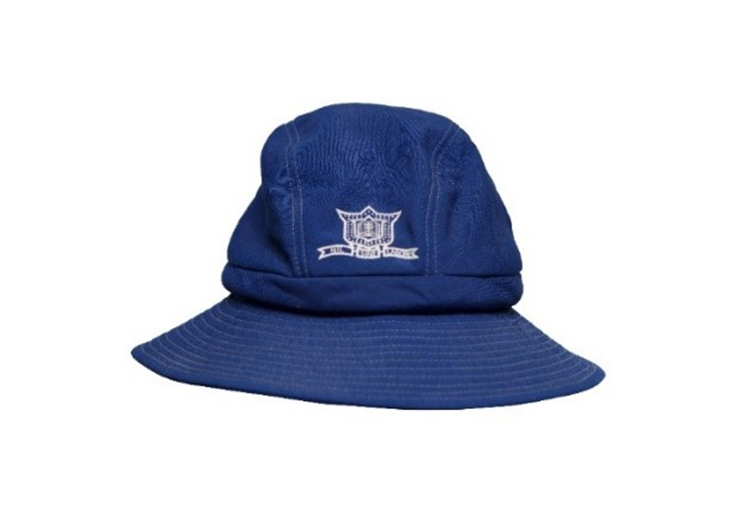 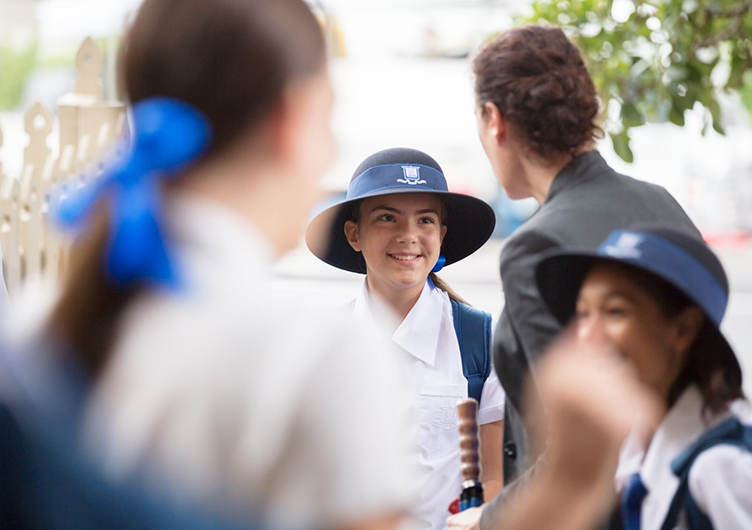 2020 Welcome to Year 7 by Dean of Co-curriculum, Ms Ellena Papas