In 1890, Principal, Ms Charlotte Pells, stated in her Annual Report; ‘I hope that next year many more girls will be induced to come forward, swimming being now recognised as one of the most valuable forms of physical exercise, independently of any other consideration.’

In this statement, Ms Pells was reflecting on the tragedy of the sinking of the steamship, SS Quetta, bound for England in February of that same year. Why would the sinking of a ship in Torres Strait have such an impact on Brisbane Girls Grammar School, so far from Torres Strait and its swimming program?

On this ship were many of Brisbane’s ‘favourite sons’ and well-known families. One family was Reuben Nicklin, his wife, Jane, and daughter, Alice. Of the 292 people on board, only 158 survived—four of whom were women, one being Alice Nicklin. The outcry in The Brisbane Courier was overwhelming and much discussion ensued on the importance of swimming instruction—for girls and boys alike. It would appear that Sir Charles Lilley agreed with Ms Pells, and also had a strong view on the importance of developing the ability to swim. He donated prizes for swimming from 1891.

Swimming was incorporated into the Girls Grammar curriculum with classes conducted at the Spring Hill Baths, which also became the venue for competitive swimming from the late 1890s. The proximity of these baths meant that the School did not build its own pool until 1960 with girls learning to swim, developing lifesaving skills, and swimming competitively at this local venue.

So, how does Shirley Lahey and her swimwear fit into this mosaic of tragedy and physical enlightenment? Jane Nicklin was Shirley Lahey’s great aunt, and Shirley had grown up knowing the story of The Quetta and its impact on her family. Swimming, therefore, one could assume, would have been a priority. 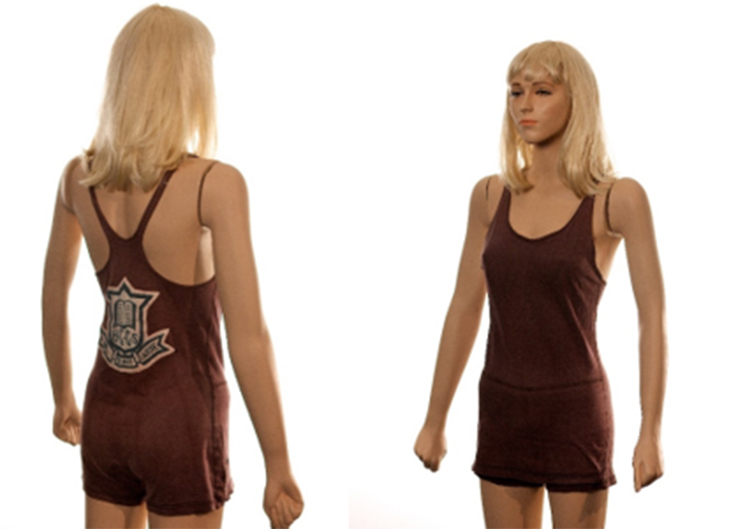 The evolution of Girls Grammar swimwear is linked with the development of women’s swimming fashion transitioning from ‘neck-to-knee’ style costumes to the one-piece in the 1920s, which took inspiration directly from the men’s swimsuits. These bathing suits had a short leg and a racerback and were originally made of wool. Try swimming in those!

The 1930s saw the invention of Lastex, which was yarn covered in rubber and used in women’s undergarments. This made swimwear more comfortable and created less drag in the water. In 1928, the style for competitive swimwear was the racerback created by Speedo—then known as Fortitude. Shirley Lahey’s 1939 swimsuit was a Speedo product. However, there is now no evidence left of that ‘modern’ Lastex finish. 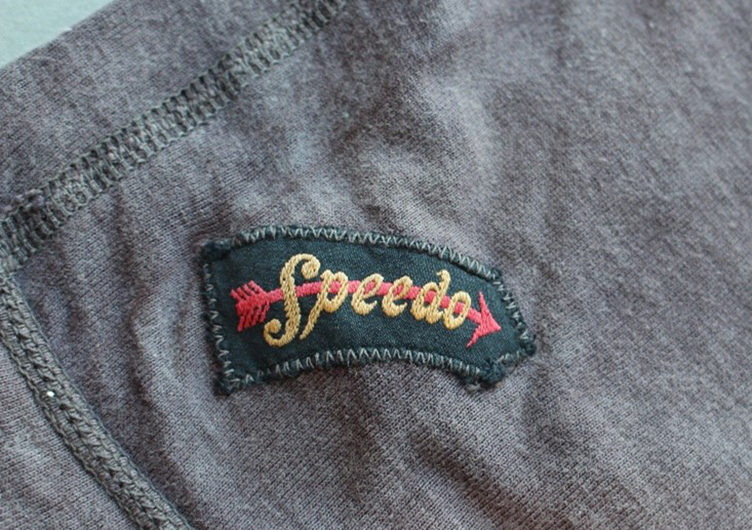 What is obvious is the large School badge sewn onto the back. These cloth badges were screen printed onto white material, cut out, and then sewn onto the swimsuit to identify the swimmers when they were in the water competing (backstroke would have posed a problem!)

Shirley Lahey attended Girls Grammar from 1939 to 1940. In her IV Form year (Year 10), she represented the School, swimming in the Junior Brockway Cup in 1940, competing in this very swimsuit. Shirley, with her teammates, placed third behind Somerville House and St Margaret’s 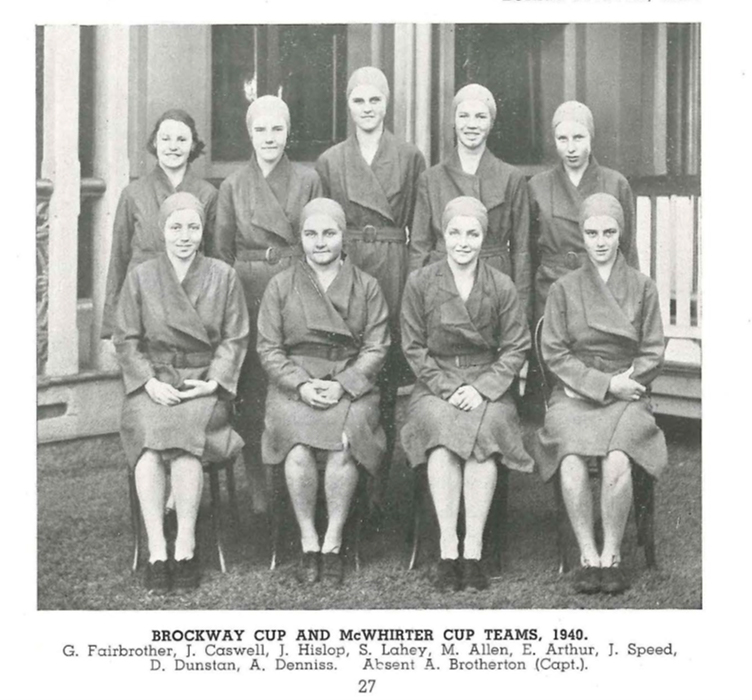 Shirley Lahey is in the back row, second from the right

Shirley Lahey obviously regarded her Grammar swimming exploits as significant, because she kept her costume, and wrote in 1989 to the then Principal, Ms Judith Hancock, asking if the School would like her swimsuit for the archives. She reminisced, ‘this Speedo swimsuit was worn by me in the Brockway Cup in 1939, just fifty years ago. I competed as an under 14-year-old in the relay event.’ 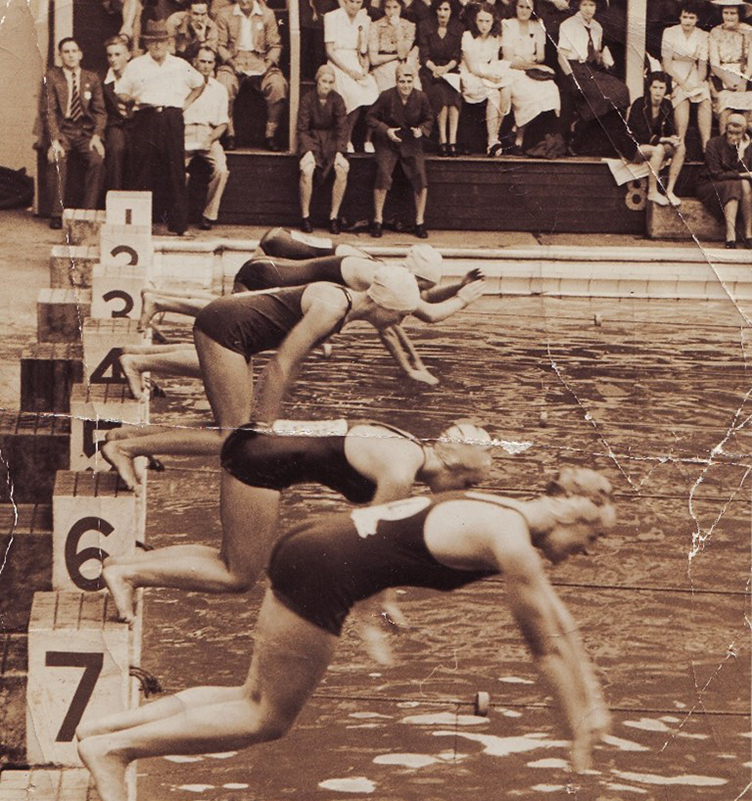 What does this swimwear tell us about Girls Grammar? There is a long history of swimming and, more particularly, lifesaving within the School curriculum. Girls have been learning to swim and swimming competitively for most of our 147 years. Importance has always been placed on the ability to swim, rather than swimming fast, and having the capacity to protect and help others. Two concepts that say much about the philosophy of this School.

Shirley’s swimsuit will always be treasured as a tangible link, not only to our long and colourful swimming history, but also to the idea that girls must be given every opportunity to be challenged, and to prove their abilities in any field of endeavour.