There are many ways people can give back to the community. Some do it through their careers, others are guided by their faith, and others teach a new way of living. Reverend Dr Cecilie Lander AM (Curtis, 1965), does all three.

On meeting Reverend Dr Cecilie Lander AM (Curtis, 1965), you would be forgiven for thinking that her busy life as a Neurologist, Anglican Priest, and a Zen Roshi (Master), meant she knew from the get-go what she wanted to do. Still, nothing could be further from the truth.

‘When I left Brisbane Girls Grammar School in 1965, I had no idea what I wanted to do,’ Cecilie said. ‘Despite this, I arrived at university with an excellent education, a success I attribute to my wonderful late mother, who constantly affirmed the need for women to have every choice available.’

But it would take another year and a lot more soul searching before it became clear where her future lay.

‘During the Christmas holidays, while working on a farm with other students, I must have expressed something of my existential career dilemma. Then in a moment of fate, inspiration or intuitiveness, another student looked up from the line of strawberries she was picking and said: “Cecilie, do medicine. You obviously want to!”’

‘I don’t recall my response at the time. There were no woman doctors where I came from, and the possibility of medicine as a career had never occurred to me, but for some reason, her idea stuck. When I returned to university to start my second year of Science, I knew I had to switch.

‘I still had to convince the Dean and, more importantly, my parents that this was indeed my calling. And in retrospect, I am grateful that I was able to trust my intuition at that moment because the outcome of this significant change of direction has been a wonderful life in medicine.

‘The privilege of studying medicine, of living the life of a doctor, a healer, a carer, of establishing an antenatal clinic for women with epilepsy and being a mentor to the next generation defined me then and continues to define me now.

‘And after more than 50 years practising as a medical doctor, I am not yet ready to hang up the shingle,’ she said.

Cecilie’s second calling would come later in life. This time her husband Mervyn would provide the moment of inspiration, helping her realise a new vocation was at hand, this time as an Anglican Priest.

Early in her religious life, Cecilie noticed that women weren’t represented within the church, and this was always something she wanted to change. But in 1987, when the upper echelons of the church made it clear female priests were not welcome, this cause took on even more significance for her, and she took up the fight.

It began with more religious studies, writing letters to newspapers, and protesting with fellow supporters within the Movement for the Ordination of Women. And as her activism grew, her role in the campaign took on more importance. Ultimately, thanks to her efforts, and the work of many, many others, the movement was successful, and in 1992 the church began the ordination of women priests.

During this upheaval, it became apparent to her husband that Cecille had a calling within the church.

‘When Mervyn told me what he was thinking, Í was shocked. After all, I had a good job and a young family. But I didn’t think about it again until many months later. When I did, I realised he was right.’

Cecilie was ordained Priest in 1996 in the Diocese of Brisbane.

Today, Cecilie is amazed at the path her life has taken but is grateful it has led her to one of service.

‘I am grateful that I have the privilege to help others with my skill set as a doctor. I am thankful that I can function sacramentally as an Anglican Priest, that I can walk beside others at critical times in their life’s journeys, at births, at marriages, at crises, at joys, at dying. 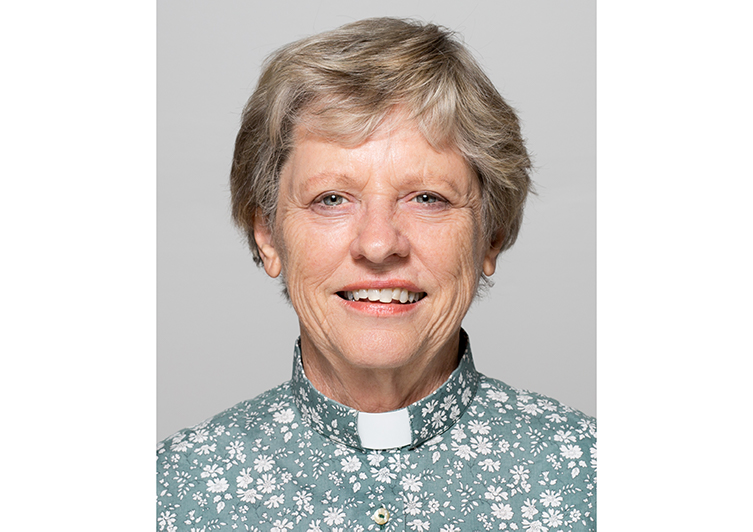