She has chased dreams—big ones—since she was 25 years old and opened her first restaurant, Diablos, in Auchenflower, Brisbane. She had neither an indication that it would be successful, nor that she would go on to open another nine restaurants and be regarded as a trailblazer for women in the culinary industry, with only one other woman, Peter Hackworth, owning and operating a restaurant in Brisbane at the time.

As Christine says, her decisions in life have never been ‘why?’ it has always been ‘why not?’

Christine wears many hats, aside from her chef’s hat. She is a qualified teacher and has taught English in Japan as well as authored three textbooks for the Oxford University Press. She was also a sharp, renowned food critic and well known for her hilariously honest reviews.

These days, Christine is a writer living in Tasmania, interviewing celebrity chefs and professionals. She is also working on a project she hopes will be her legacy, perhaps her most important business venture to date, Remember Press.

‘It is about letting anyone write, publish and share their stories,’ Christine said. ‘I am hopeful it will turn the publishing industry on its head’.

She is passionate about changing the culture in the kitchen at restaurants. She founded a website called Just the Sizzle, where she works to reduce the toxicity in the hospitality and training industries.

‘The “kitchen brigade” concept has been around since Napoleon’s era, and it is a ruthless top-down culture in the kitchen. It is a culture of driving yourself to collapse, and it’s not sustainable,’ she said.

‘There are many great chefs in Australia, and the culture is changing, but we need to be more accepting and kinder and work more collegially with one another.’

Recognising the significant pressures the highly competitive and populated industry is currently facing, such as staff shortages, increasing food prices, and reduced margins, Christine’s advice for anyone who may be considering opening their own restaurant is they ‘need to be passionate about it’.

‘You really need to be agile, not just physically, but logistically. What I learned from opening my own restaurants is you do learn very fast, and you learn as you go.’

Christine credits her collaborative, inclusive approach to business to her time at Girls Grammar.

‘Brisbane Girls Grammar School was really the making of me,’ she said.

‘I had an awful period in my life where my parents were going through a messy divorce, and I do not know where I would have ended up if I didn’t have Grammar.

Christine has had countless career highlights, but her proudest achievement is the influence she has had on her team, and particularly her young apprentices over the years.

‘To see them grow, prosper and succeed has been an absolute privilege,’ she said. 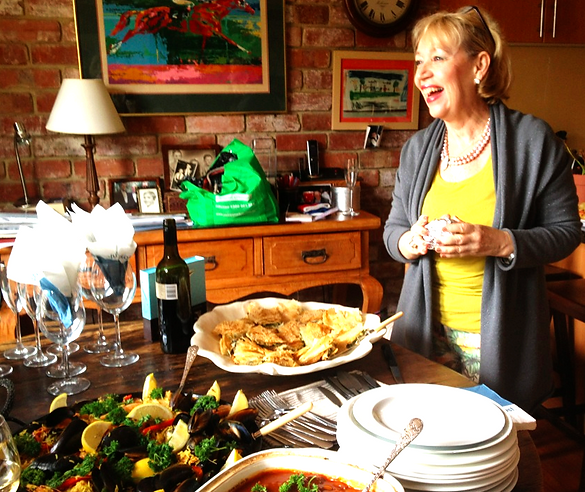