The exhibition, ‘Two Sisters, A Singular Vision’, opened at QAGOMA on Saturday 18 July, celebrating the immeasurable contribution of Grammar women and sisters, Margaret Mittelheuser AM (1947) and Cathryn Mittelheuser AM (1949), to Queensland’s cultural life.

Margaret and Cathryn were enrolled at Brisbane Girls Grammar School, and commenced in 1945 and 1946 respectively. The girls personified the School motto, Nil Sine Labore—nothing without work—and this endured in their endeavours later in life.

At 16 years old, Margaret enrolled at The University of Queensland (UQ). In 1952, she graduated with a Bachelor of Commerce. As one of only two women in the program, she was determined to work in a role where she could use figures. Gaining employment as an accountant at the Commonwealth Department of the Interior, Margaret became the first woman graduate in the Commonwealth Public Service in Queensland. In 1956, she left Brisbane to pursue a stockbroking career with Sydney-based firm, Ralph W King and Yuill.

Margaret’s talent, combined with her hard work, tenacity and resilience, saw her excel in her chosen field. In 1964, at just 33 years old, she was made a Partner at King and Yuill and became the first woman to be registered as a stockbroker in Australia, and one of the few female stockbrokers in the world. During her impressive and lengthy career, Margaret was a pioneer for women in business.

While Cathryn followed a different path, her achievements were equally remarkable. After graduating from Girls Grammar, Cathryn initially trained in nursing. In 1963, she enrolled to study a Bachelor of Science at UQ, majoring in Physiology. She graduated with First Class Honours and the University Gold Medal in 1968. Cathryn went on to undertake a PhD in Plant Physiology and was one of the first Australians published in the internationally renowned journal, Nature. Cathryn was later appointed Senior Research Fellow and then Acting Lecturer in the Botany Department at UQ, one of only a handful of women engaged in science research and teaching at that time.

The Mittelheuser sisters always maintained their close connection to Girls Grammar. Margaret was Treasurer of the Old Girls Association between 1952 and 1953 and later served on the Board of Trustees from 1987 to 1990.

Not only were Margaret and Cathryn pioneers for women in business and science, they led the way in philanthropy, supporting a range of educational and cultural institutions and other causes, including many projects and programs at the School, to ensure the next generation of women could benefit from an excellent education.

Generous patrons of the Arts, Margaret and Cathryn began supporting the Queensland Art Gallery in 1985, and ‘Two Sisters, A Singular Vision’ features a selection from their legacy of more than 100 works. Though they have supported the acquisition of key works across many areas of the Collection, the Gallery’s holdings of Indigenous Australian Art, particularly works by female artists, have benefitted most significantly through their gifts.

The exhibition will be showing until Sunday 31 January 2021. 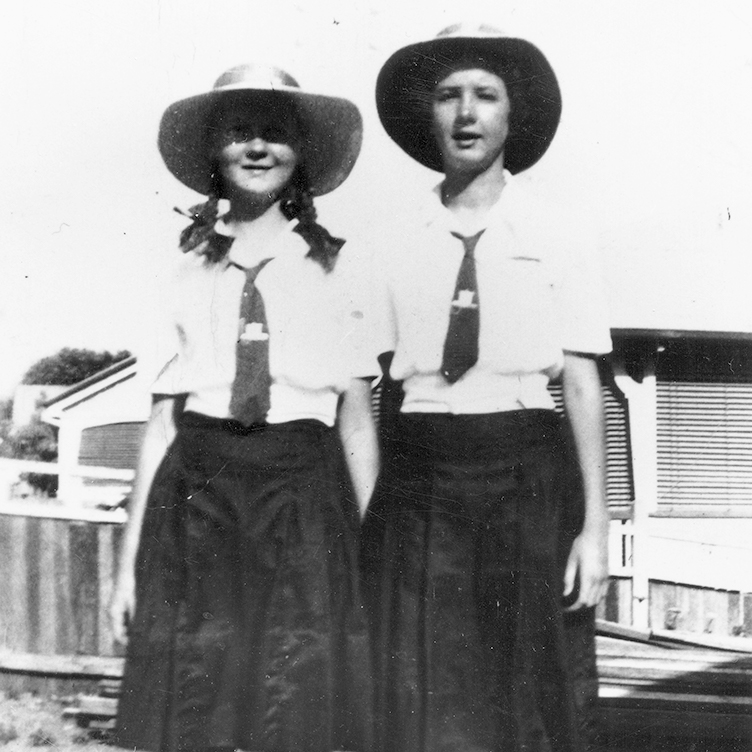