From the Art Collection—Gwyn Hanssen Pigott

Artist, Gwyn Hanssen Pigott AM is an alumna of Brisbane Girls Grammar School. Her works are inspired by Asian pottery and the folk pottery of France, where she spent considerable time. The Italian painter and printmaker, Giorgio Morandi, who specialised in still life, also informed her work, in particular his paintings depicting simple subjects, including vases, bottles, and bowls, in distinctive tonal subtleties.

Hanssen Pigott established studios in London and central France before returning to Australia in 1973, eventually making her home in Queensland, with a studio based in Ipswich.

Hanssen Pigott is recognised as one of Australia’s most significant contemporary artists and among the world’s greatest contemporary potters. Her work holds a beauty notable by its sparseness, stillness and translucency. For her, light was very important, as was the exploration of the still life in 3D.

Hanssen Pigott exhibited extensively in Australia, America, Europe and Asia and has received numerous awards. In 2002 she was awarded the Medal of the Order of Australia (AM) for service to the arts as a ceramic artist and teacher.

Her work is held in many private and public collections in Australia and internationally. The School is privileged to own a lovely porcelain artwork by such an esteemed alumna of the School. 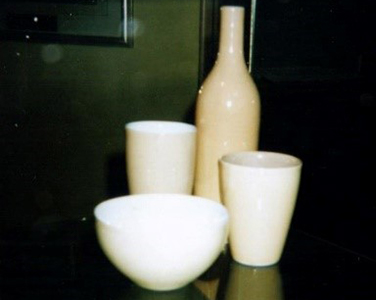