Before the coronavirus pandemic, Grammar woman Kate Watson (Walsh, 1986) was travelling the world as a Physiotherapist for the Women’s Tennis Association (WTA). Now, as the Performance Health Manager for the Queensland Academy of Sport (while her work for the WTA is on hold due to travel restrictions), Kate is responsible for preparing the state’s top-performing athletes for the upcoming Olympic Games.

Kate has long had an interest in sport and science—a passion developed during her time at Girls Grammar. She always planned on studying science in her senior years, but when the time came to select her electives, Kate was intrigued by the newly introduced Health and Physical Education subject, where she could study anatomy, physiology, biomechanics and sport.

In Year 12, Kate completed work experience with a sports physiotherapist and immediately knew that was what she wanted to do after finishing school.

‘I knew I would have to work really hard to gain entry to physiotherapy at university, so I spent my final years at school studying hard—Nil Sine Labore,’ Kate said.

Despite Kate’s dedication to her studies, her post-secondary plans were put on hold after she wasn’t offered a place to study physiotherapy.

‘I remember receiving the rejection letter and thinking all my hard work was for nothing … but Girls Grammar taught me to follow my passion, be resilient and adaptable,’ she said.

Kate declined the opportunity to study her second preference and instead enrolled in a Human Movements (Sports Science) Degree. After her first year at university, she was accepted into Physiotherapy at The University of Queensland and, rather than leave a course she loved, applied for a special exemption to combine her human movements degree with Physiotherapy.

Ironically, what Kate initially saw as failure was what set her apart after graduation. Her dual degree opened a world of opportunities and she went on to work for the Academy of Sport, Cricket Australia, Tennis Australia, and the Women’s Tennis Association treating players such as world number one, Ash Barty, and tennis-great, Serena Williams.

In her current position, Kate says one of the biggest challenges health providers face is keeping athletes motivated in such uncertain times.

‘Most athletes taper to perform their best at signature sporting events,’ she said. ‘The disruption of COVID-19 to Olympic qualifying events meant they needed to reset their sporting goals and more broadly their life plans.

‘We had several athletes plan to retire after Tokyo 2020, after three or four Olympic campaigns, and now they’ve had to stay motivated and focussed on their training for an additional 12 months.’

Compared to those living interstate and internationally, Queensland athletes have experienced less disruption to their training. Despite this, uncertainty around the upcoming Games remains and as a result, maintaining athlete wellbeing has been a crucial focus at the Academy.

‘The Queensland Academy of Sport, and particularly our sports psychologists, have been working closely with athletes around stress,’ Kate said.

‘A lot of work has been done about resilience and helping athletes establish new goals and remain optimistic.

‘Our athletes have been fortunate in that they’ve been able to continue training over the past 12 months and hopefully, that steads them well to perform at their best come July.’ 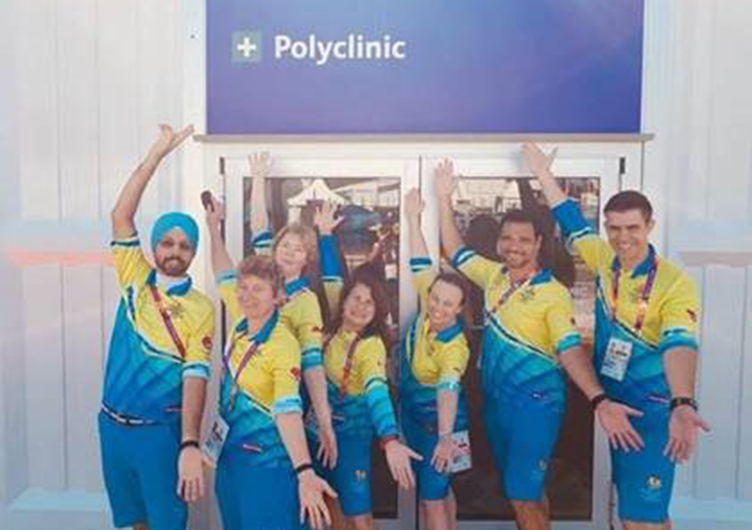