Training five to six days a week, three or more hours a day, she loves every aspect of climbing, from finding new ways to challenge herself through different locations and pushing her limits outdoors on natural rock, to training and competing in indoor environments.

Since graduating from BGGS, Lucy has represented Australia in three World Youth Climbing Championships, more than 14 International Open World Cups, three World Championship events and The World Games. In 2013, Lucy won the Oceanic Lead Championships in the Open A division—a title she retained for seven years. In 2016, when the International Olympic Committee announced sport climbing would feature in the 2020 Olympic Games, Lucy set her sights on Tokyo.

As a first time Olympic sport, the sport climbing event featured three disciplines: speed; bouldering; and lead. The competition format drew ire from many in the climbing community, with some likening it to forcing swimmers to compete in several strokes rather than individual events. But not Lucy—she was happy for her sport to be recognised and excited by the prospect of competing in the world’s largest sporting event.

For three years, Lucy trained to physically peak at the Oceanic Olympic Qualifiers scheduled for March 2020. In preparation, she moved to Sydney six weeks before the event to continue her training. Ten days out, the selection trials were cancelled due to the pandemic.

‘It was a confusing time—no one knew if the trials (or the Olympics) were going to go ahead,’ Lucy said.

‘I think athletes across the world were asking the question: do I try and maintain my peak form, or do I rest?

‘I also felt an incredible sense of guilt for being so upset that the competition was cancelled. I was seeing the devasting effects of the pandemic unfold worldwide but couldn’t help but think that everything I had trained for—the sporting achievement I’d been striving for—for so long, was just gone.’

Lucy returned to Queensland, and the disappointment she felt in Sydney soon turned to relief as she decided to rest. A few months later, the Olympics were postponed, and the sport climbing selection trials were rescheduled for December 2020.

While many Australian’s spent the lockdown period, figuratively, climbing up the walls at home, Lucy did so literally, climbing a homemade wall at her parents’ house in Queensland—an innovative birthday gift to prepare for the trials. Lucy’s ingenuity didn’t stop there, using an Esky full of concrete instead of weights and water drums to maintain and develop her strength. But in the thick of her preparation, injury intervened.

‘I fractured my sacrum while on an outdoor climb which required 12 weeks’ rest to recover,’ Lucy said. ‘Of course, I was frustrated and disappointed, but it honestly was a blessing in disguise. My injury meant I could work on areas that my normal training schedule didn’t allow for.’

Feeling stronger than she had in March, Lucy was prepared for the fast-approaching Olympic selection trials, only to face adversity once again.

‘I broke my toe two weeks out from the competition, and while the impact to my climbing was minimal, it certainly affected me mentally,’ she said.

‘Then, two days out of the competition, the Northern Beaches outbreak occurred, and I started to feel like everything was falling apart.’

Not one to give up easily, Lucy persevered and finished the first day of the Oceanic Olympic Qualifiers with a personal best in the speed category and second place in the lead climb.

Day two of the competition didn’t go as smoothly, with Lucy experiencing back seizures throughout the event. With a hole in her thumb, a swollen toe and her back tapped, she pushed through the pain to place third in the lead discipline. Despite a solid performance, Lucy was unsuccessful in making the team but says she was happy with her overall performance.

‘I think people expected me to be disappointed that I didn’t make the team, but to be honest, I was relieved,’ Lucy said.

‘My preparation for the games has been one of the most challenging experiences of my life. If I can overcome that, I can overcome anything. My result hasn’t stopped me from wanting to compete and improve as an athlete. It’s motivated me.’

Last month, Lucy was awarded a scholarship with the Queensland Academy of Sport in support of the upcoming World Climbing Championships in Russia in September—the first climber to receive such an award. Brisbane Girls Grammar School wishes Lucy all the best for the competition and looks forward to hearing about her continued success. 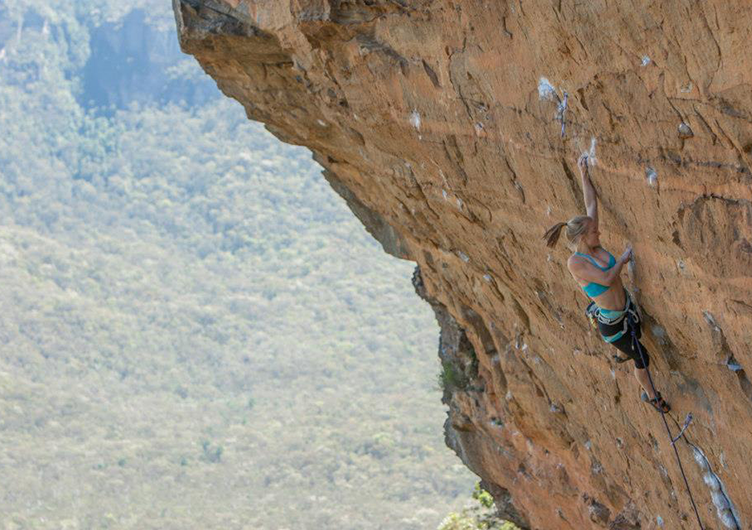 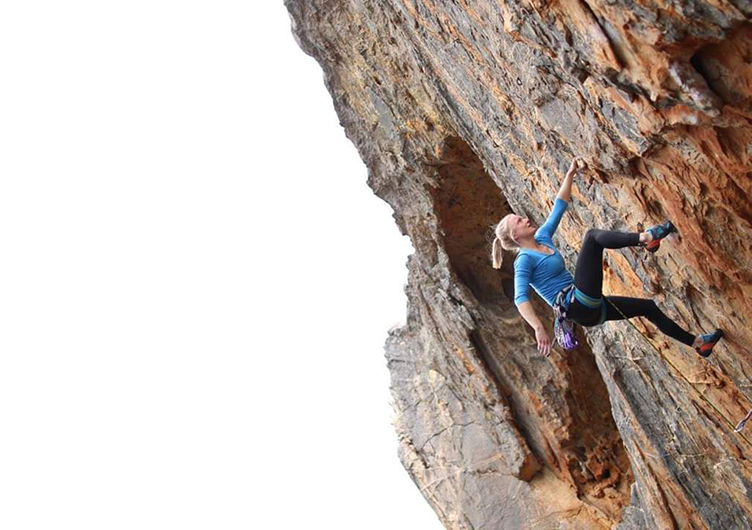 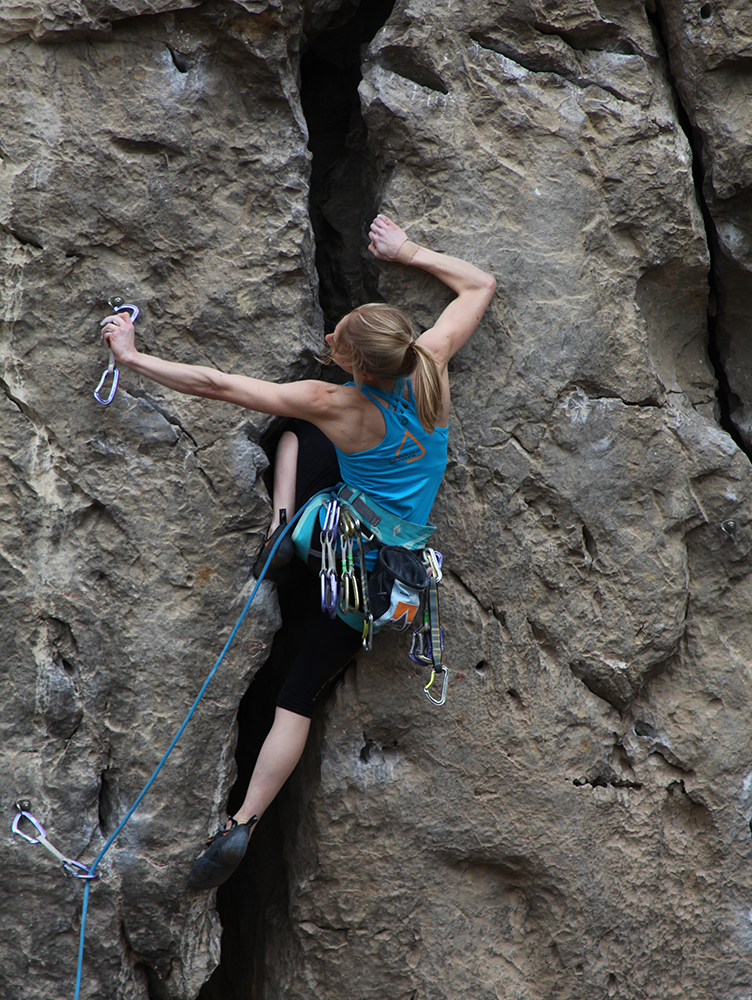