Four years ago, seeking a change from her film and television career, Sophie Matterson (2006) made a drastic sea-change, trading her busy city life for the solitude and wide open spaces of a camel dairy in outback Queensland.

What was initially intended as a six-month sabbatical in 2016 has led Sophie on an ambitious nine-month 5000 km solo expedition across Australia—from Shark Bay in Western Australia (WA) to Bryon Bay in New South Wales (NSW).

Sophie’s affinity for camels and desire to see more of the world has taken her from Flinders Ranges, Lake Eyre and the Tirari Desert, to Michigan, Texas and India, and now her latest adventure will see her visit some of the most remote areas of Australia.

Two months into the trek with her camels—Mac, Delilah, Charlie, Jude and Clayton—Sophie said she’s finally adjusted to her life on the road but it wasn’t all smooth sailing.

‘The first month was a rollercoaster of emotions … pulling into camp and there being absolutely no camel feed and crying and telling them I was sorry for taking them on this awful adventure.

‘It’s challenging being the sole decision maker—there’s no one out here to share your worries with—I’m calling all the shots and just have to trust my instincts that I’m making the best decision for my camels,’ Sophie said.

About to depart from the small town of Sandstone WA, with a population of approximately 84 people, Sophie says the trip has also had its highs.

‘It’s the small moments—seeing the landscape change day to day has been incredible, trekking past the salt lakes, walking through wild donkey country and stargazing each night are just a few of the highlights.’

Averaging approximately six hours of walking a day due to the cooler weather, Sophie has her fingers crossed that the WA border will open before she reaches it in a few months.

‘The trip was more than a year in the making—I captured five wild camels near Uluru and trained them, transported them across to WA, buried food deposits along my expedition route, and liaised with station and land owners about the path I would take. So after all that planning I decided to go ahead despite the early signs that COVID-19 might disrupt my trek.

‘If worse comes to worst and the borders don’t open, I’ll work on a station until I can resume my trek.’

And while her trip is not so much about proving something, and more about Sophie’s love for her animals, it wouldn’t be possible without her open mind and mentality that things don’t always go to plan (and that’s okay).

‘You don’t need to follow the normal path to success. My colleagues thought I was crazy leaving my career in film and television, but I’ve been able to have an interesting and successful career by trusting my gut and following my instincts. Find what you love, and pursue that, it won’t be easy but it’ll be worth it. Success will come more naturally if you follow your passion.’

Sophie hopes to reach Byron Bay by the end of the year, and from there would love to start her own business that allows people to experience the wonder that she has by working with camels.

Below is a selection of images taken by Sophie during her trek. 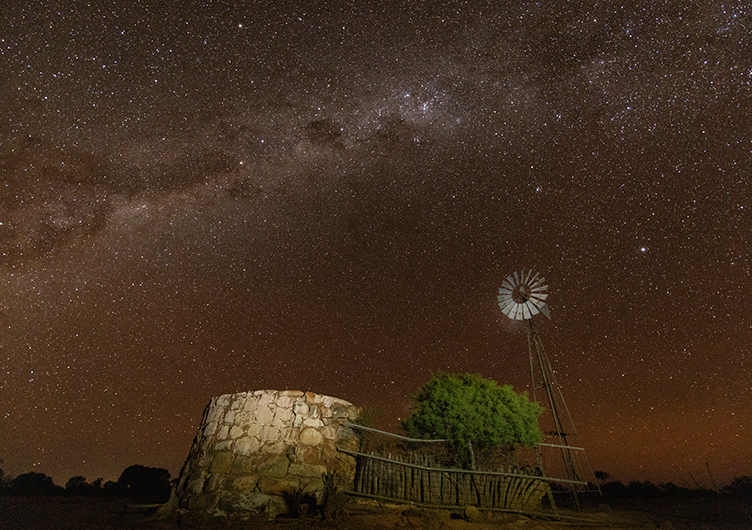 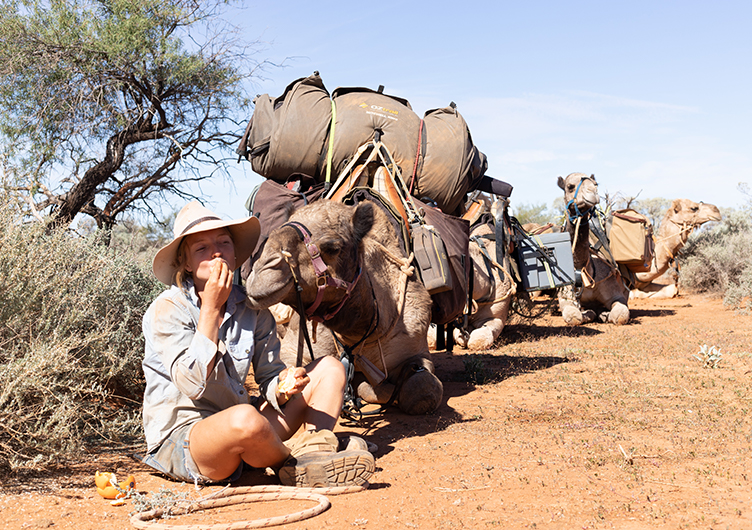