‘I am proud of my Grammar days … In 1947, I had to make a speech on Speech Day. It was 11 December, Miss Lilley’s birthday. I was to finish with Merry Christmas but instead I wished everyone Happy Birthday because I was nervous!’

These words totally capture who Daphne Pirie was: her ability to laugh at herself; a keen sense of humour and fun; and a sense of the ridiculous. It also illustrates the impact that Miss Lilley must have had on her.

Daphne Welch attended Brisbane Girls Grammar School from 1946 to 1947. She was an outstanding athletic talent and in her Third Form year represented the School in swimming, netball, ballgames, and athletics. In Fourth Form, she continued with swimming and netball but was dealt a severe blow when Miss Lilley ruled that ‘Daphne was in too many sports to the detriment of her school work’ and prevented her from competing in both interform sports and interschool athletics. ‘She broke my heart,’ recalls Daphne, but ‘this helps me when I am in a position of power with other kids—don’t abuse your power.’ Daphne always carried this life lesson with her and applied it to her daily life.

Although Daphne ‘wasn’t into running until I came to BGGS’, and credits her Physical Education teacher, Mrs Meg Rorke, for introducing her to sport and athletics, she began a lifetime of sporting involvement as both an athlete and an administrator. Heralded as an inspirational sportswoman, one of Queensland’s finest sportswomen in athletics, hockey, and golf, Daphne worked tirelessly in a voluntary capacity for more than sixty years to advocate for women in sport.

Although Daphne did not represent Australia at an Olympic Games, the IOC awarded her the 2011 IOC Women and Sport trophy for Oceania, which was presented to her in Lausanne by the IOC President, Jacques Rogge. This was one of many awards and medals acquired by Daphne who won eight gold medals and set many records in the World Veteran Track and Field Championships from 1981 to 1998.

Inducted as a Queensland Great by the Premier in 2012, included in the Queensland Hockey Hall of Fame (2006), and celebrated as one of Brisbane’s nine ‘Wonder women of Sport’ (2010), it is little wonder that the School named the main Rangakarra oval in her honour. She was always thankful for her Grammar years and proud to be a Grammar girl. A wonderful role model, she was inclusive, positive, and charming, and truly realised her full potential as a person and athlete.

There are many delightful memories I carry of Daphne, a favourite being her always introducing herself at the ACHPER Schoolgirls’ Sports breakfasts, where she was a celebrated guest, as Daphne Pirie from BGGS. I shall always hold in my heart seeing her surrounded by our elite athletes on the floor of the Gehrmann Theatre at the conclusion of our annual Sportswomen of Excellence function joyously leading a war cry … come on Grammar Blue! Blue! Blue!

It seems appropriate to close with Daphne’s own words: ‘Sport has been my life. My great satisfaction is the acknowledgement of the outstanding achievements of women on the world sporting stage today.’ 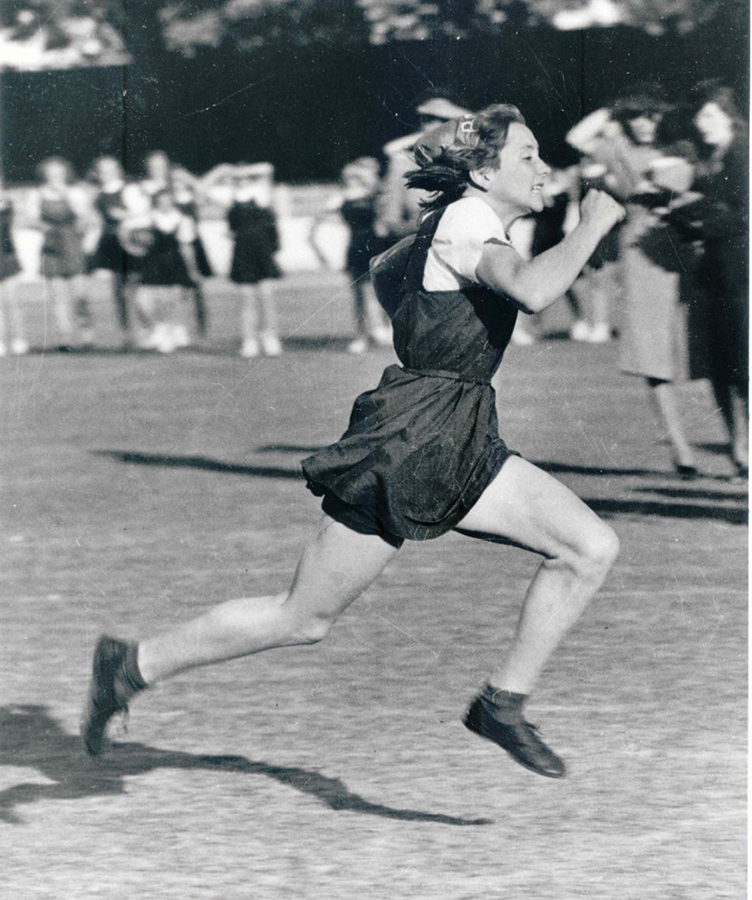 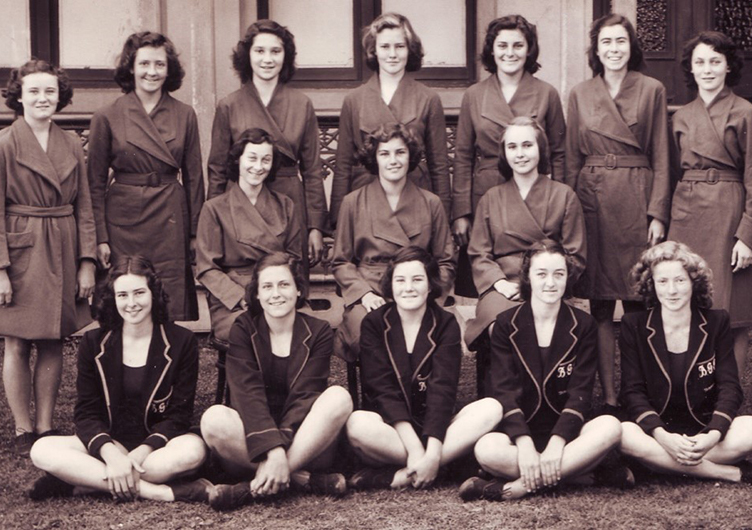 1947 Swimming Team. Daphne Welch back row, second from the left 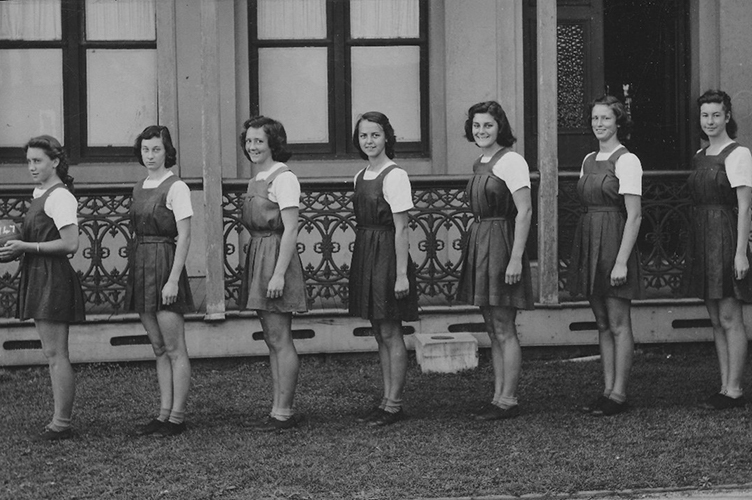 1947 A Netball team. Daphne Welch, third from the left 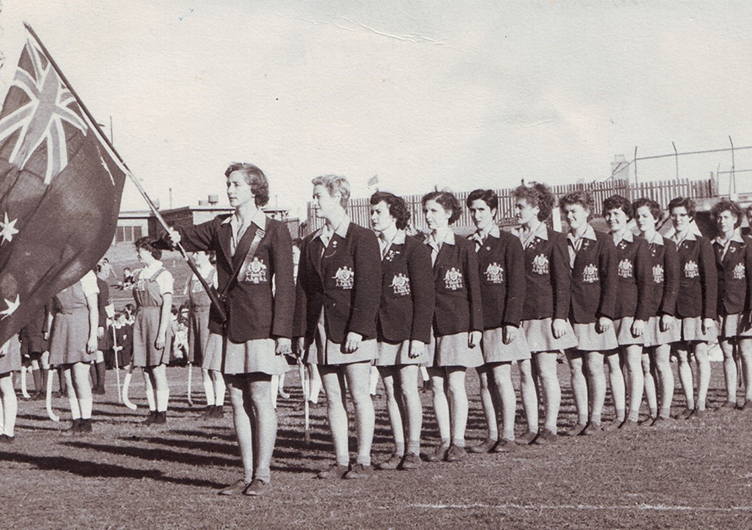 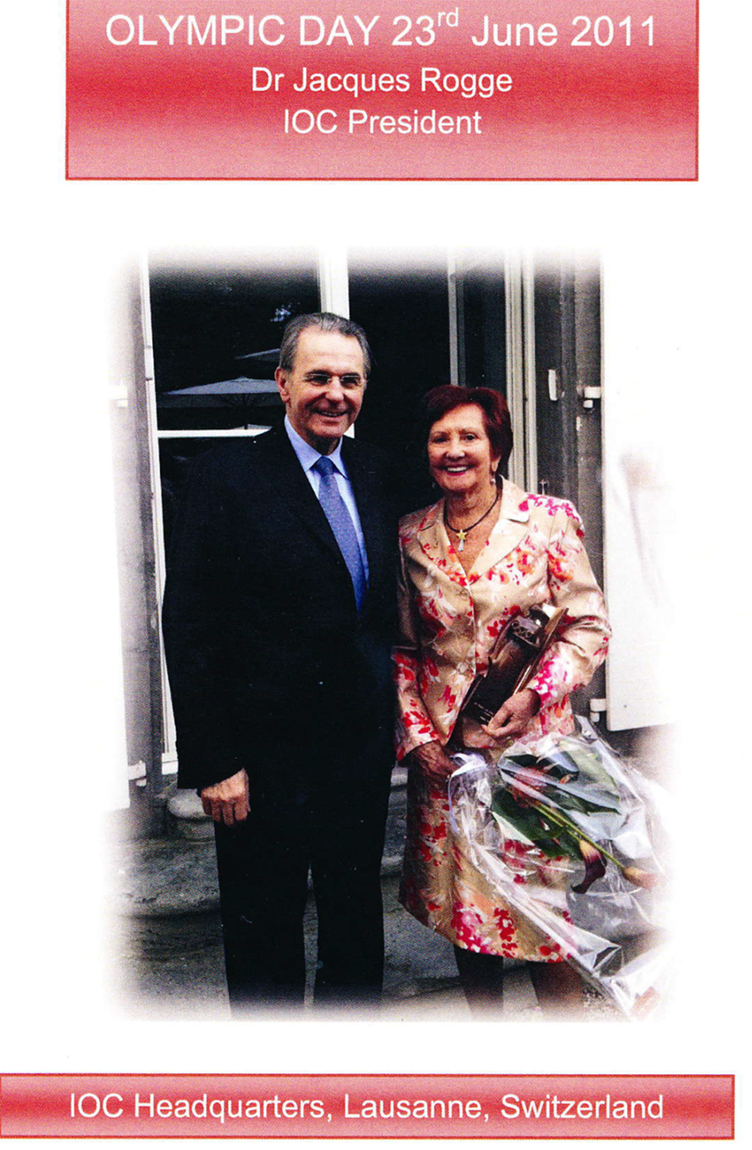 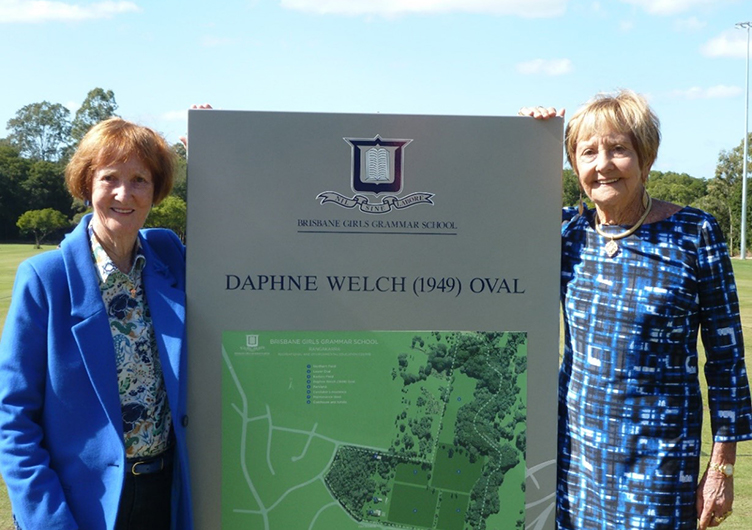 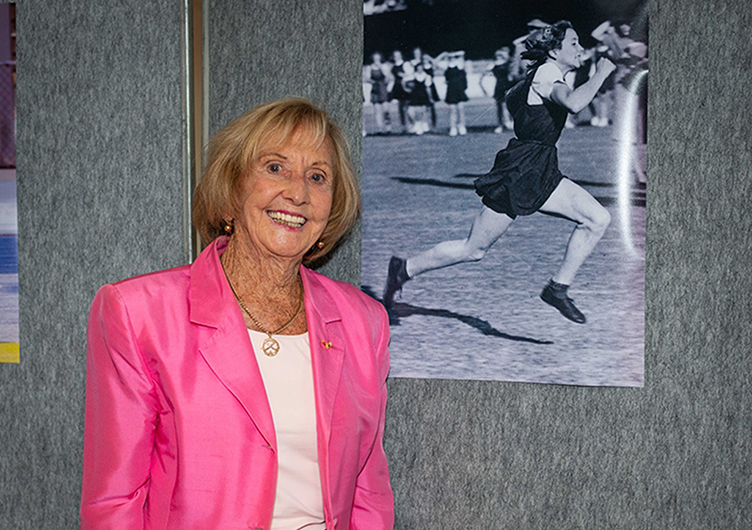