The QGSSSA Cricket competition commenced this week, with the first round of games played on Wednesday 5 February. The Open and 1A teams played Clayfield College at Rangakarra, the 1B team travelled to Carina to play against the Brisbane State High School (BSHS) 2 team, and our Division 2 team played a friendly match against BSHS at Tingalpa. Fresh from their first training session with the squad’s newly appointed Head Coach, Brisbane Heat and Queensland Fire player, Georgia Prestwidge, the BGGS teams were eager to start their season with strong performances.

The Open team secured a convincing win over Clayfield College, thanks to a superb team effort on the field. BGGS bowled and fielded well as a unit, restricting Clayfield College to 7/34 from 10 overs. Five of these wickets fell to run outs, including the first 2 to direct hits from Sophie Martin (7M) and Elizabeth Choo (11M). The BGGS team was dynamic on the field, working as a cohesive unit in a performance that bodes well for the season.

The run chase began strongly, with openers Alice Barker (10R)—who retired on 18 not out—and Amreen Kahlon (9B), constructing an unbeaten 30-run partnership. By the end of the allotted 10 overs, BGGS had reached 3/52, to begin their season with a win.

The 1A team scored 46 runs to win a tight contest against Clayfield College’s 41 runs. Batting first, Ava Myers (8W) and Grace Crilly (12E) were off to a flying start, scoring 9 not out and 10 not out respectively, before closing the innings. Sophia Rothwell (11G) and Caira Taylan (11G) starred in a display of economical bowling, to secure a hard-fought win.

The 1B team travelled to Carina to play BSHS 2 team at their home grounds. The BSHS total of 31 runs was too much for our spirited 1B team to chase down, ending their innings with 15 runs. At Tingalpa, the 2A team also began their season with a loss to BSHS, in a practice match played with excellent sportsmanship.

Next week the Open team travels to Dauth Park to play St Hilda’s School, while the 1B team will travel to Tingalpa to play Somerville House and the 2A team plays another friendly match.

Captains, Grace Crilly (12E) and Bridget Morton (12B), are busy preparing for Pink Stumps Day, which will be held on Wednesday 26 February at Rangakarra. Each year the BGGS Cricket squad supports the McGrath Foundation by hosting this event. Money raised by the McGrath Foundation funds breast care nurses around Australia, who have supported more than 50 000 families. 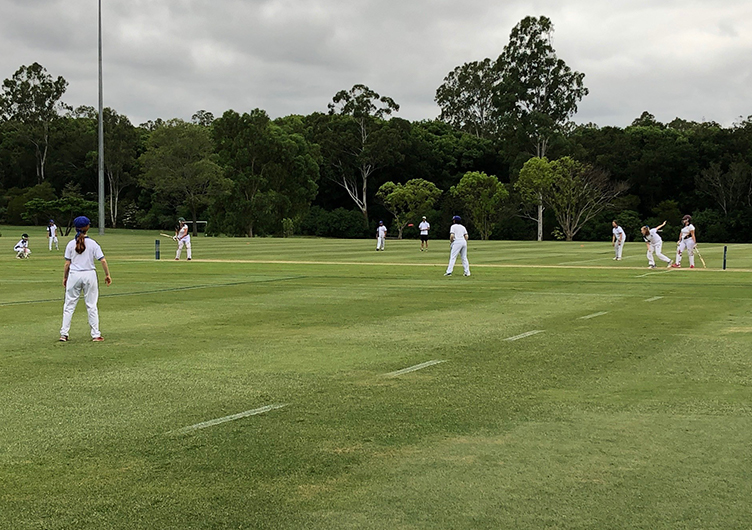