Mixing the two seems like it should be approached with caution: keep out of reach of children! One suspects the precarious amalgamation may result in a dangerous compound: highly flammable! A volatile pairing? Possibly. Unpredictable? Perhaps.

No matter how scientifically you hypothesise the ill effects of such a combination, E.B. White’s classic text prevails with astounding evidence to the contrary. His ever-patient spider teaming with the hyperactive pig has, for decades, rendered the same results each time: magic; wonderment; and joy.

Still not convinced that it’s safe to mix the spider and the pig? Let’s take this experiment a step further and dilute those scientific names. Right down to their truest essence …

In their simplest form, you can’t help but find yourself uttering two words: ‘Charlotte’ and ‘Wilbur’. The facts speak for themselves; the names’ origins distinctly state Charlotte as ‘free’ while Wilbur is that of ‘resoluteness’. Freedom and determination—qualities that seemingly marry easily. At this juncture, given the evidence, to attempt to disprove that Charlotte and Wilbur are ‘not meant to be’ would be akin to Einstein’s witticism about insanity.

Miss Sharni Folland’s interpretation of Charlotte’s Web ventures across continuums, appeasing our nostalgic heartstrings: it is playful yet demure; bitter and sweet; caged yet wild; and magical with a dash of jadedness. It is through this ethical treatment of the original 1952 text that Folland fosters a sense of reverence for the famed barnyard relationship. Folland’s show bravely cheers for that essence of finding likeness in the unlikeliest of places; that accidental (and eccentric) chemistry between the spider and the pig. Her vivid polychromatic imagery, as realised by Nevin Howell’s multimedia design, combined with the playful tones of Isabella Hall’s ode to farm life make profound comment on how a fiery optimism inside of us can change the path for us that is predetermined. Flooded with real-life contexts of abattoirs and meat markets, a stark matter-of-factness and glorious naivety thrives on the Gehrmann stage. Pens and fences echo the candid notion of the caged animal, yet the shimmer and shine of Charlotte’s spiderweb and Wilbur’s glittery pigpen give us hope. It is in this coexistence of magic and reality that the director’s mission becomes remarkably clear: save lives!

The budding cast is pronounced in representing their place in the animal kingdom, ears and all, while the human characters look on—often in awe—as they begin to appreciate the brilliance of their livestock. Folland’s Year 7 and 8 performers enthusiastically and pointedly narrate the classic text to the dear audience, allowing us to ponder the importance of E.B. White’s heralded thoughts. And so, by the play’s conclusion, we devour the whole truth—whether we like it or not; Folland disentangles the web of the agricultural industry before our eyes, through highlighting an unbreakable bond between Charlotte and Wilbur.

2022’s Year 7 and 8 Drama Production of Charlotte’s Web revives a storybook memory that helps remind us of the frailty of life, yet encourages us to continue to our last breath, as boundless optimism exists not only in our youth but inside all of us! We are, indeed, the authors of our own destiny.

Congratulations to Miss Folland and the cast and crew of Charlotte’s Web! 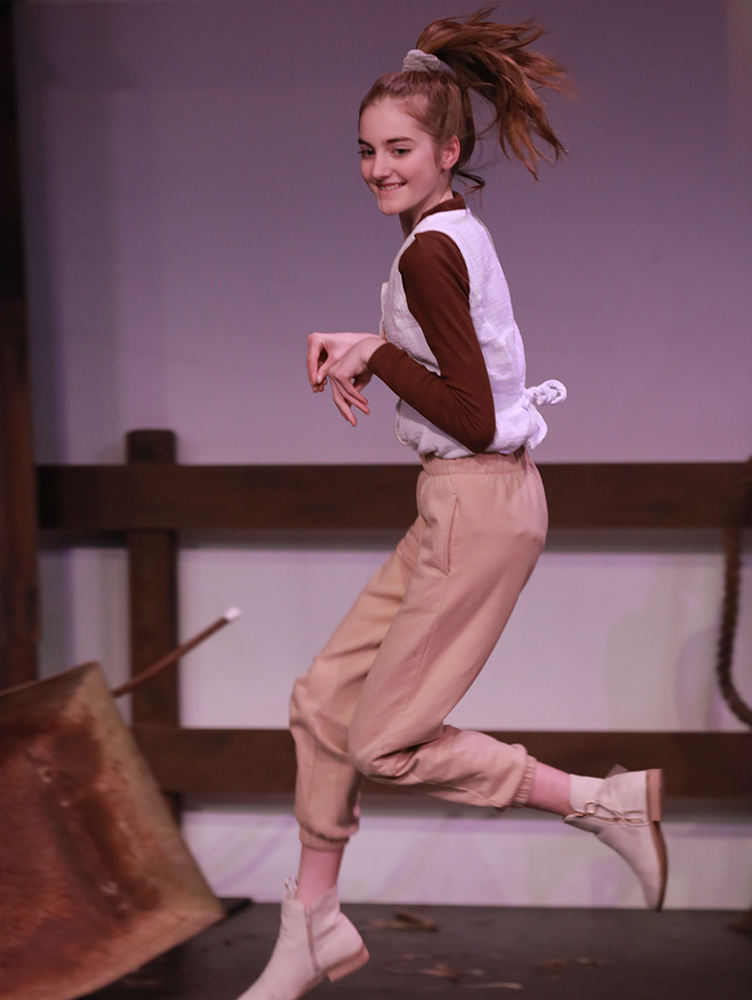 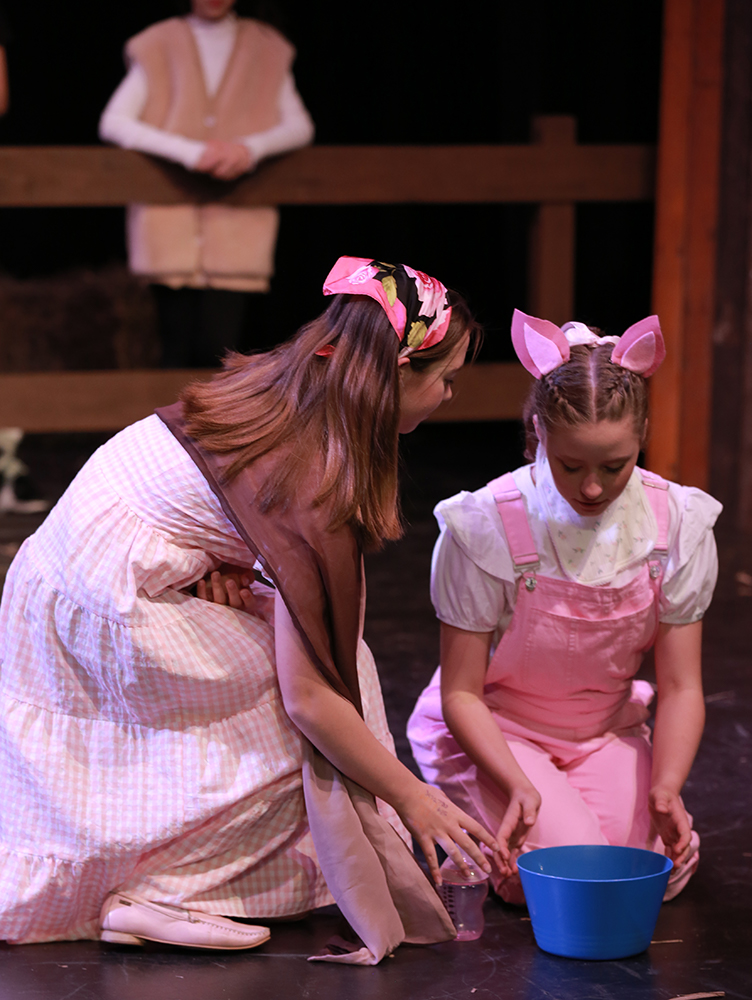 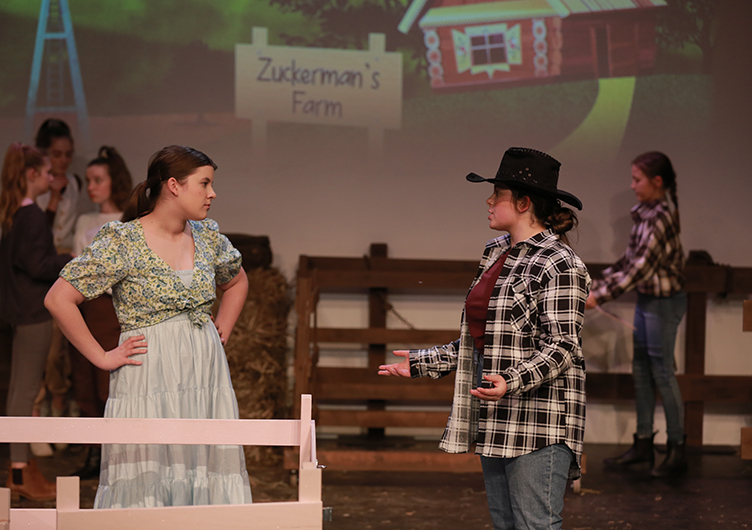 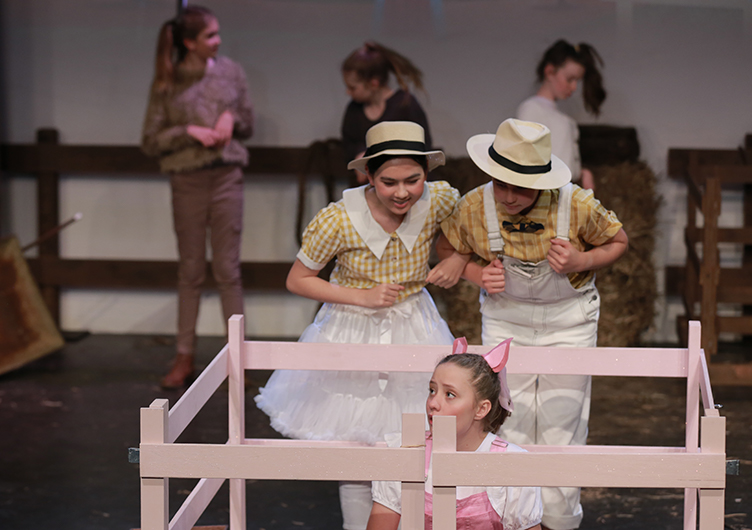 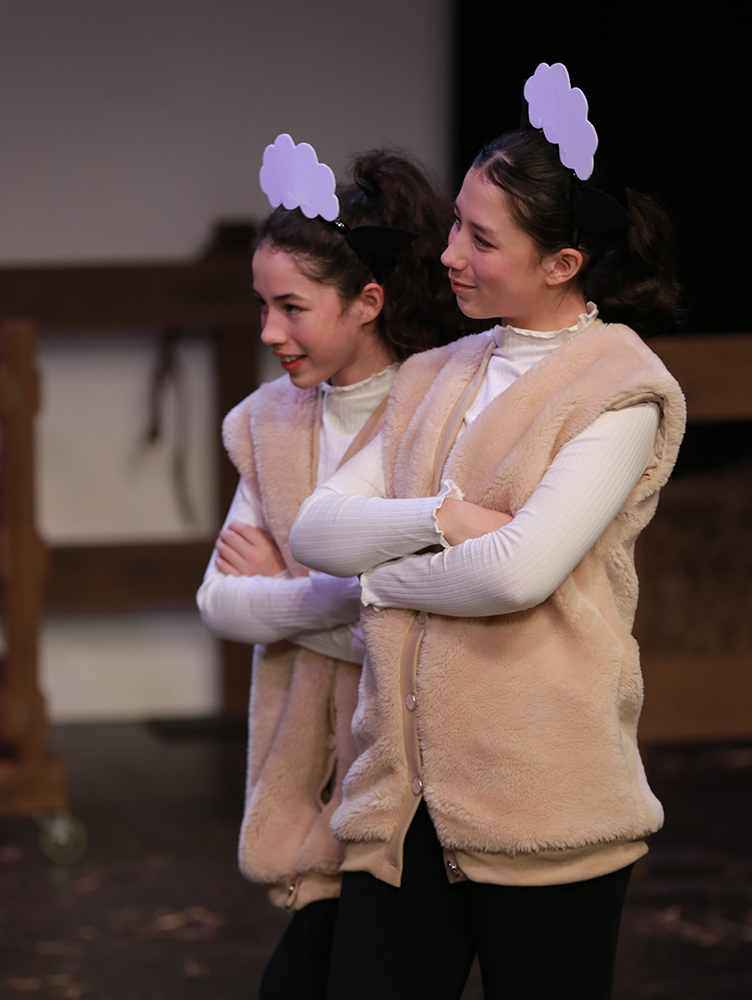 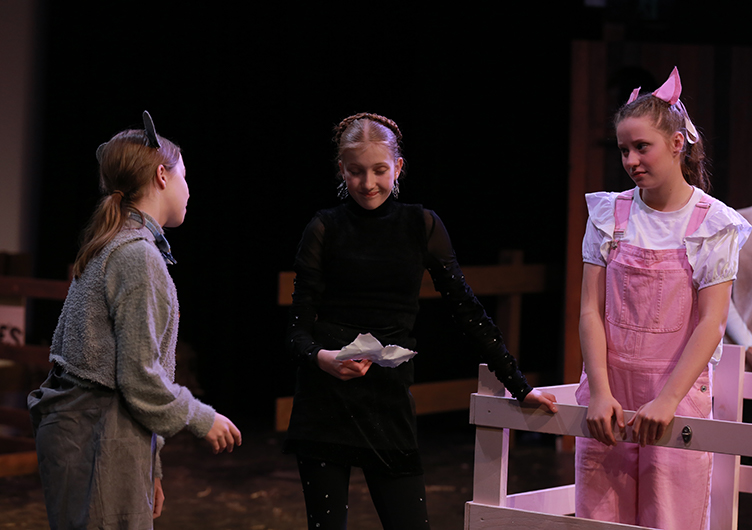 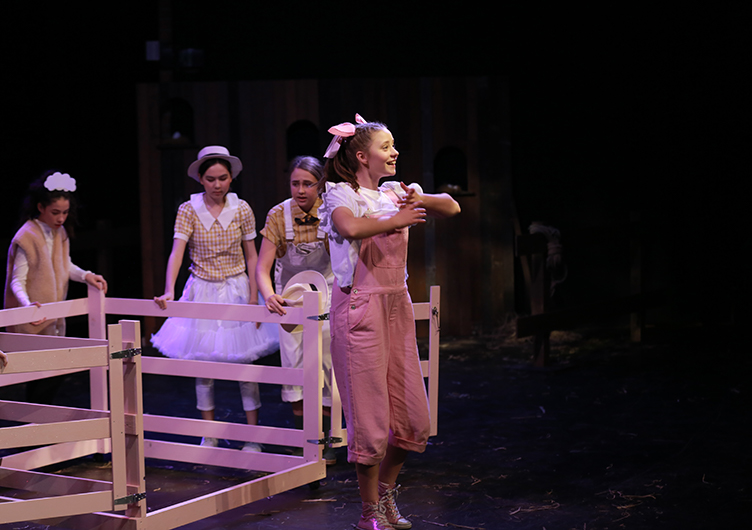 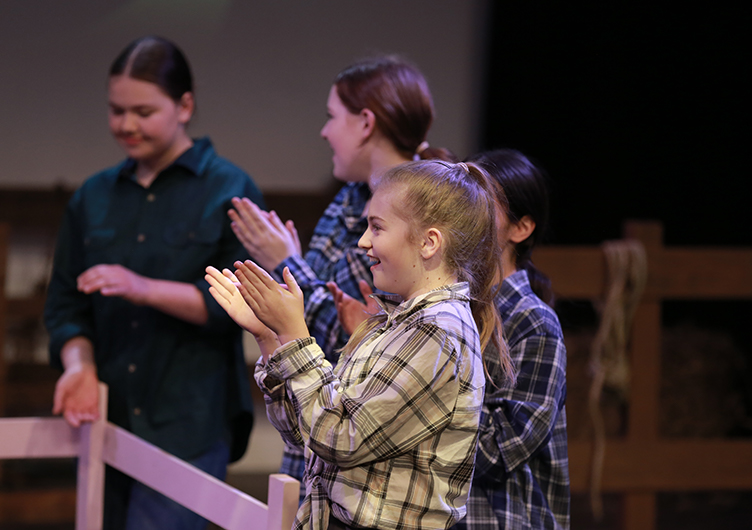 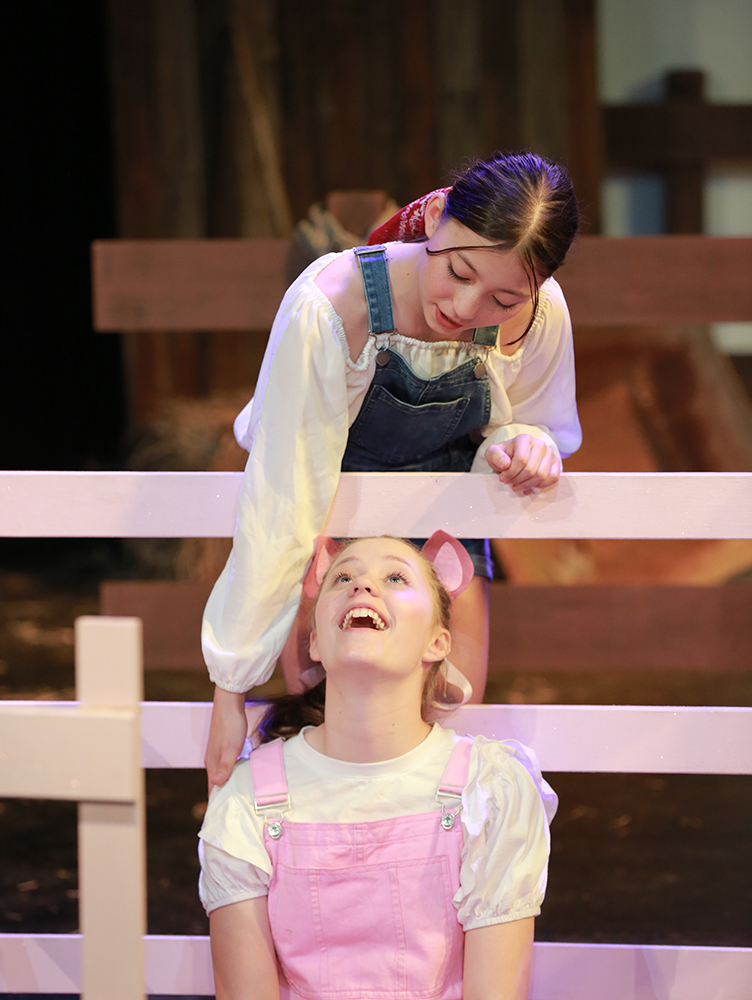 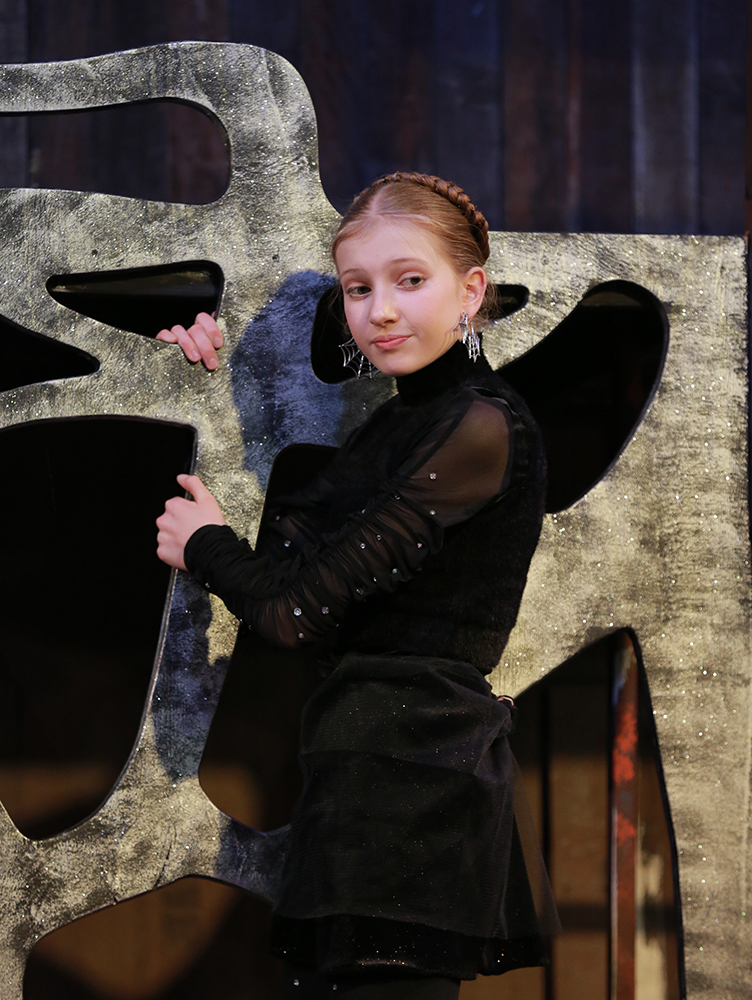