The Drama Studio presents a Masterclass and … an Apocalypse?

More than 40 students from Years 7 to 10 have been abuzz with energy, creativity, and commitment this term as they participated in The Drama Studio.

The Drama Studio’s Masterclass Series benefited from a mentorship with acclaimed Drama practitioner and performer, Noa Rotem. Throughout the term, Noa worked closely with a small ensemble to explore various physical theatre skills and approaches in the four-part series, The Body in Performance. Sandy Yousseph (9H) said, ‘the small ensemble was a judgment-free zone that allowed us to be truly creative with the workshop.’

‘The World After the World was a beautiful and thought-provoking performance. The cast’s professionalism was extremely impressive as they engaged the audience in an immersive experience. The purposeful manipulation of transformational acting, symbol, and dramatic focus to convey the social comment was remarkable,’ she said.

In The Drama Studio’s weekly sessions, BGGS Drama teachers, with some facilitation from Noa, worked through a process drama with students to create a post-apocalyptic vignette of survivor experiences. Movement sequences and rituals were tools for exploration as actor groups, known as ‘factions’, supported the work of fiction through their shared devising.

Dubbed The World after the World, The Drama Studio cast presented an action-packed, immersive artefact for a student audience on Thursday 25 March. This experience was a dark, gritty insight into the wasteland of Earth after human impact has deemed it near-uninhabitable.

Next term, The Drama Studio participants will be challenged to interpret and present a radio play for audiences to ‘tune into’. New members are welcome to join the club in Term 2. The first session will be held on Thursday 22 April from 3.30 pm to 5 pm in A301, CLC. 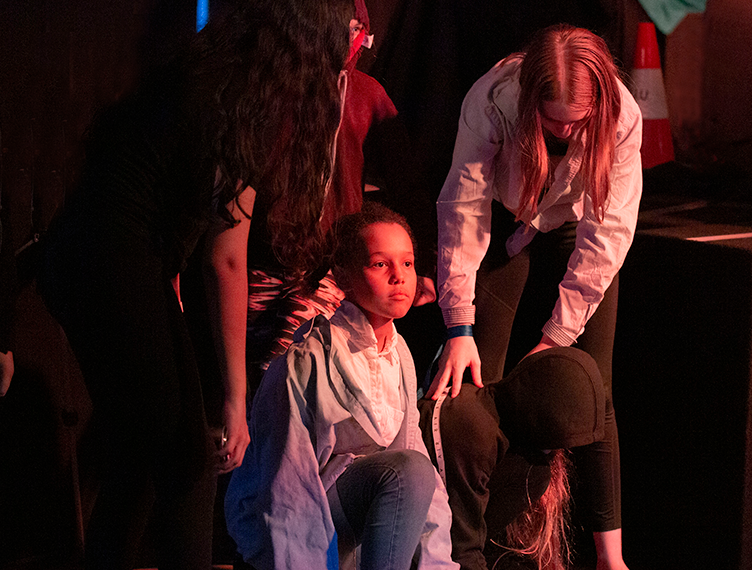