Curiosity and travel go hand in hand. Globetrotting has always been a pursuit of the adventurous, intrepid and curious, and the School’s Antipodeans Abroad Program, offered every two years to students in Years 10 and 11, is no exception.

Prepared to be challenged physically, emotionally and socially, 92 Grammar girls travelled to Peru for the School’s Antipodeans Abroad trip in December 2019. This was the School’s 11th trip, and while the destinations change, the reasons girls choose to participate remain the same—they’re curious, eager to make a difference and to contribute to something greater than themselves.

Inspired by the stories of her older sisters, who travelled to Cambodia, Borneo and Vietnam with the School as part of Antipodeans Abroad, Phoebe Lingard (12H) always wanted to participate in the Program and the destination played a huge factor in her decision to take part in last year’s trip.

‘My sisters speak fondly about their trips, and as a history and geography student the rich and vibrant culture of Peru was appealing to me. I had never travelled to South America and Machu Picchu was on my bucket list!

‘Our trip to Peru centred on curiosity—the curiosity to learn about another culture, new things and ourselves. Each ruin, monastery or museum we visited provided a different perspective on Inca people and their history.’

One of the most profound experiences for girls was in Arequipa, where they explored the Museo Santuarios Andinos—the museum of the frozen mummy, Juanita. Also known as the Ice Maiden, Juanita is a frozen 12-year-old Inca girl who died in a ritual sacrifice in the Andes Mountains more than 500 years ago. It was customary for Incas to choose a child at birth to be raised as an offering to the gods. For parents, this was the ultimate honour. Dressed in her finest clothes and jewellery, Juanita was led up the 20 700-foot Mount Ampato to be sacrificed. Had it not been for a volcano eruption, Juanita’s mummy might still be buried today, but a nearby volcano caused Mount Ampato’s snowcap to melt and as a result, the entire burial site collapsed and cascaded down the mountainside. The site was discovered by archaeologists in 1995.

Not much older than Juanita at the time of her death, our girls were fascinated by the luck involved in discovering her mummy, but also the rituals of the Inca Empire. Curious about Juanita’s fate, girls discussed how she may have felt during this journey and her final moments—would she have been scared? Did she face fatigue or illness throughout the trek? Was she proud to have been chosen?

‘I was curious to know how Juanita felt during her journey, and about the Incas’ behaviour. Their culture seemed so different to ours, but from listening to and learning about their stories, I realised there were many similarities. This also rang true for the people we met while working on our community projects.’

Immersed in Peruvian culture, the experience of girls and staff surpassed that of a tourist as they completed the community project component of their trip, which involved constructing mud huts and greenhouses.

Emma Rothwell (11G) said the project afforded an opportunity to connect with local communities on a deeper level.

‘My trip highlight, like so many others, was the community project. We were welcomed into the Quillahuata community with a small ceremony where children placed colourful streamers around our necks. It is something I will never forget.

‘The project not only allowed our group to make a tangible difference in Quillahuata but also highlighted the importance of understanding people by using multiple perspectives.’

Isabel Lumley (11M) was also overwhelmed by the generosity of the Tikonata local people who instantly welcomed her group into their homes and community.

‘On our first afternoon on the island we were playing with two young girls, Natalie and Yasmine. Yasmine taught us some Spanish and in turn we helped her with her English. It was a true demonstration of the common humanity everyone shares regardless of where you are from—there was a genuine interest to connect with, and learn from one another.

‘We spent the remainder of the afternoon dancing, laughing and playing volleyball—a memory I will always cherish.’

These experiences, the ones of human connection, are the memories that resonate with the staff and students who participate in the Program. It’s these moments that make Antipodeans Abroad worthwhile and it’s one of the many reasons BGGS continues to offer such fulfilling opportunities for cultural and emotional growth. 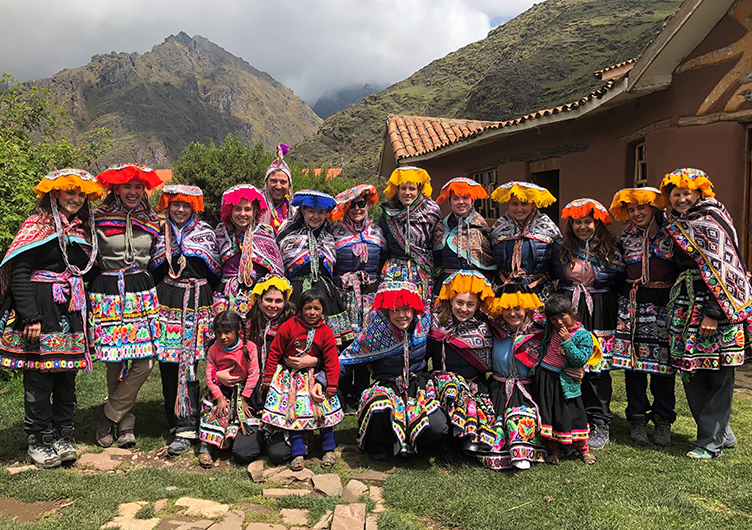 Team One in the traditional dress of the Paru Paru community 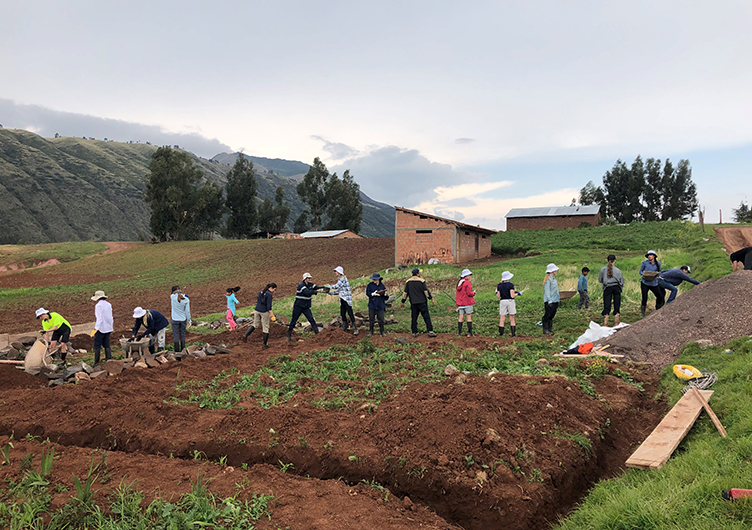 Team Three building a greenhouse for the Quillahuata community 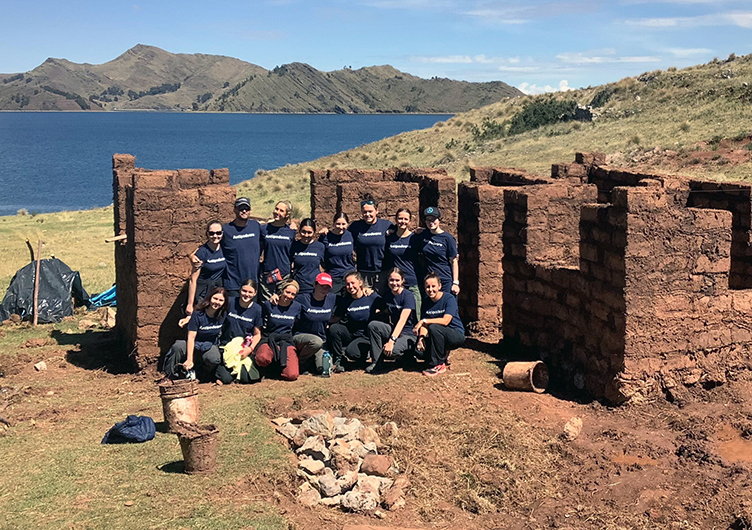 Team One trekking through the Lares Valley