In Their Words: Head of History Years 7-8 and Ancient History, Dr Rashna Taraporewalla

Head of History Years 7-8 and Ancient History, Dr Rashna Taraporewalla shares her passion for Ancient History and the importance of the Humanities in a broad-based, liberal education.

I’ve always been curious about human behaviour and what motivates people to act in a certain way. My fascination with ancient human behaviour can be credited to my secondary school Ancient History teacher, Ms Pamela Davenport.

Having travelled extensively and worked on archaeological digs, Ms Davenport would share stories about her travels and excavations. It sounded so exciting and adventurous!

After school, I studied a Bachelor of Arts at The University of Queensland (UQ) and then completed a Masters in Classical Archaeology at the University of London. I loved exploring what motivated ancient people to behave as they did—why did the Spartans create a warrior culture? Why did Julius Caesar march against Rome? While these ancient cultures seemed so different from our own, listening to stories from the past made me see that they were also very similar.

I became increasingly interested in the world of the Ancient Athenians. So many of the ideas and institutions that we often take for granted as the cornerstones of Western Civilisation can be traced to this one city—democracy, drama, the concept of university and free speech.

This led me to focus on Ancient Athens in my doctoral studies where I researched the placement of Athenian religious sanctuaries. My studies allowed me to visit beautiful temples overlooking the Aegean Sea and explore ancient sites both as a tourist and a researcher.

Ancient History provides wonderful opportunities for travel and the educated traveller is able to appreciate the sites they visit, reconstructing ruined temples and buildings to their past glory within their mind’s eye.

While I completed my doctorate at UQ, I lectured within the Department of Classics and Ancient History and realised that what excited me the most was sharing my knowledge with others. This is what ultimately led me to teaching. There is something very special about being the first person to share with someone the story of how the Persian King, Xerxes ordered his men to whip the sea when it destroyed a bridge he had built to invade Athens.

There’s magic in being a storyteller within the classroom and a very special bond develops between the keeper of those stories and those who hear them. I hope I’ve inspired my students to visit new sites and museums as they journey through the world, just as Ms Davenport inspired me.

I have never stopped being curious about human behaviour. Recently this led me to embark on a Graduate Diploma of Psychology, which I’m soon to complete. I’m still seeking answers to the question which drove me to study Ancient History—why do humans behave as they do? My psychology studies have led me to appreciate more acutely why Ancient History is such an important discipline.

It allows us to discover aspects of human behaviour that are always present, regardless of time and society. My students are often surprised by how many parallels exist between the modern and ancient world. When they read of Roman legions facing difficulties as they fought on the Syrian border, they appreciate why modern military interventions in western Asia might be ill-advised and feel sceptical of politicians who seek to build walls after they learn how ineffectual Hadrian’s Wall was in Scotland.

It’s becoming increasingly clear that what society requires are people who are not only qualified, but educated. Students who are primarily interested in the sciences, for example, would also benefit from a sound knowledge of the world around them, and the people who inhabit it—topics studied in Ancient History.

Ancient History is particularly useful in this regard. For example, Narrative Medicine has emerged as important within the field of Medicine—practitioners are encouraged to fortify clinical practice with the competence to recognise, interpret and be moved by the stories of their patients—to treat the person, not just the disease.

These skills of comprehension, interpretation, the ability to problem-solve and empathise are the same skills developed by Ancient History students when they analyse, for example, the stories of the Trojan War told by Homer, or the narratives told by Herodotus.

For this reason, I encourage girls not to push aside their desire to study subjects like Ancient History simply because they don’t see it as directly relevant to pursuing a career in the Sciences, Finance or Law. Now, more so than before, the understanding of what makes us ‘human’ attains a higher value within large organisations; however, regardless of future academic pursuits and careers, the importance of understanding people will never be outdated. 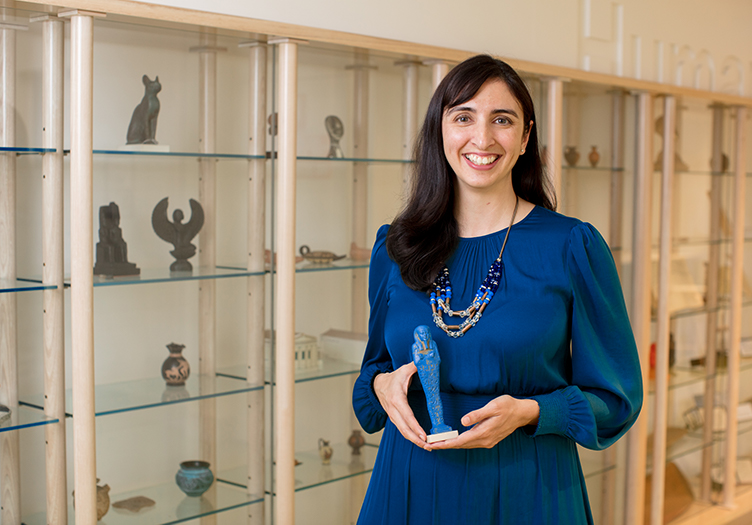