In Their Words: Mrs Hazel Boltman

From the moment my teaching career started, I fell in love with it.

I was in my 30s when I moved to Australia from Johannesburg, South Africa. Before leaving in 1996, I was teaching at secondary schools in South Africa. I’d won a scholarship after high school to have my university education paid for, as part of a program created to increase the number of Maths and Science teachers in South African schools. As I was studying Physics, Mathematics and Chemistry I was eligible to apply. After completing my degree, I taught Science for a while, but eventually specialised in teaching Mathematics and I’ve been teaching it ever since.

After my family and I immigrated to Queensland, I accepted a few short-term teaching roles in Brisbane and Birdsville before accepting a position at Girls Grammar in 1998. I held the role of Head of Junior Maths from 2004 to 2006, before becoming a Head of House.

Now, I have a dual role at the School—I teach Math and I am also Head of Gibson House. I applied for the Head of House role as I had very much enjoyed the Head of Junior Maths role, which allowed me to develop programs and explore ways to help the girls grow and learn. When the Head of House opportunity became available, I thought I would give it a go as it would help me to do that again, but in a way that allowed me to focus on the girls’ personal development as well as their academic growth.

As a Head of House, a big part of my role is checking in with the girls and monitoring their wellbeing. It can be quite reactive in the sense that we do respond to any concerns that arise. However, primarily, we take a proactive approach with putting programs in place and reaching out to the girls and their parents to make sure each girl is happy, supported and engaged.

My role also includes developing and leading the Year 11 Ethics program—a comprehensive program that considers what the girls need at their age and stage. We create and develop sessions that we share with the Year 11 cohort once a fortnight. Some popular sessions have included Healthy Eating, Psychology, Leadership and Preparing to be the School Seniors.

One aspect of my job that I get a great deal of joy from is interviewing Year 6 students when they first come into our School. It is lovely to meet the excited, incoming students and it’s a great way to give them a little insight about what to expect when they commence at Girls Grammar. Then, when they arrive the following January, they know who I am, and I spend a lot of time with them to help them establish a solid foundation for themselves, which makes the rest of their schooling much easier.

Balancing the two roles within the School is highly rewarding, but sometimes challenging. When that happens, I’ll do some Maths. It’s something that I know, and that I absolutely love doing—it’s my version of mindfulness. 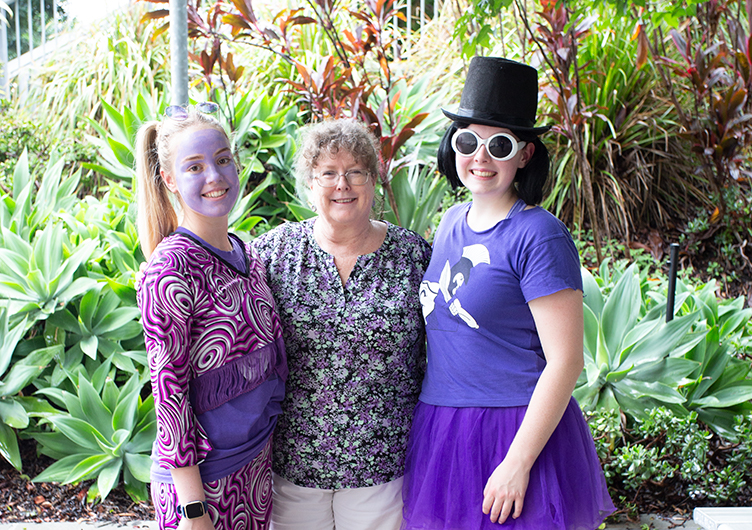