I started at Girls Grammar in 1991, almost 28 years ago, as the School’s Receptionist. I had a small office in the Main Building and behind reception was the Housekeeper’s Room, as Girls Grammar was still a boarding school at the time. The Annie Mackay Room was the dining hall and the girls resided in the rooms upstairs.

I worked as the Receptionist for eight months and completed a short stint in Enrolments after that, which was nothing like it is today. I used to write the names of enrolled girls in a book and post out the enrolment forms to families.

From there, I transferred to the then newly established Administration Support Centre (ASC) as an Administrative Assistant. Prior to this, the print room was under the Science Building and consisted of just one person, a photocopier and an old Gestetner machine, but with the growth of the School there was a need to have a bigger hub for administrative support.

I love the variety that comes with my role. We work on all sorts of tasks—you never know what is going to come through the door. We’re called the Administration Support Centre but I like to think we’re the Anybody Support Centre because we’re happy to assist anyone and everyone!

I work very closely with Mrs Jenni Stafford. It’s just the two of us in ASC and we make a good team. We’re both crafty people and can turn our hands to just about anything. We are responsible for printing exams, handbooks, class handouts, pockets and certificates, as well as sending out the Daily Notices. We also assist with the School’s signature events like the Gala Concert, and Annual Speech Day and Distribution of Prizes.

There’s been a lot of growth on the Main Campus in the past 28 years. I sometimes like to pause and look at the photos outside Ms Euler’s office and remember the history of the Main Campus and the changes that have occurred.

I am a bit of a history buff, so when working on tasks from the Humanities Faculty, especially Modern History, I always take an interest. When I was younger, I wanted to be a Costume Designer for the Royal Shakespeare Company in England. I can’t remember a time when I wasn’t interested in costume and fashion design. In the 1990s I decided to combine the two interests and joined the newly created medieval re-enactment group called the ‘Company of the Phoenix’.

We do 15th century re-enactments, and travel to a number of medieval fairs including the Caboolture Abbey Festival—the biggest event of its kind in the southern hemisphere—and of course, make our own costumes.

My mother was an excellent seamstress and she inherited her skills from her mother. They were able to see an outfit in a store window, buy materials and recreate it, including the hat. I’ve had many sources of inspiration including award-winning Costume Designer, Edith Head, and fashion designers Karl Lagerfeld, Vivienne Westwood, John Galliano and Betsy Jackson, but for some unknown reason I am particularly drawn to Medieval and Elizabethan clothing.

The actual physical task of sewing medieval garments can sometimes feel like you are sewing a small tent. My favourite and most-often used piece of equipment is the unpicker. There’s nothing more frustrating than sewing a sleeve onto a dress only to discover it’s back to front.

My other love—food—has led me to be the group’s providore for nearly 20 years, a role that brings many unique joys, and sometimes sorrows. Pouring over recipe books from the 14th and 15th centuries is wonderful; the flavour combinations seem radical, but are surprisingly very good.

Trying to recreate a recipe at one of our events can be a challenge. Adapting dishes to modern tastes while cooking over an open fire is not an easy task, but we always pull together and have a fantastic feast at the end of the day. The comradery of the group is what’s kept me interested all these years—much like Girls Grammar, it’s that sense of community.

I would have never imagined working at the School, but being here and being part of the community, I cannot see myself working anywhere else. The staff are like a family, you get to know each other really well and I’ve created many friendships in my time at the School. 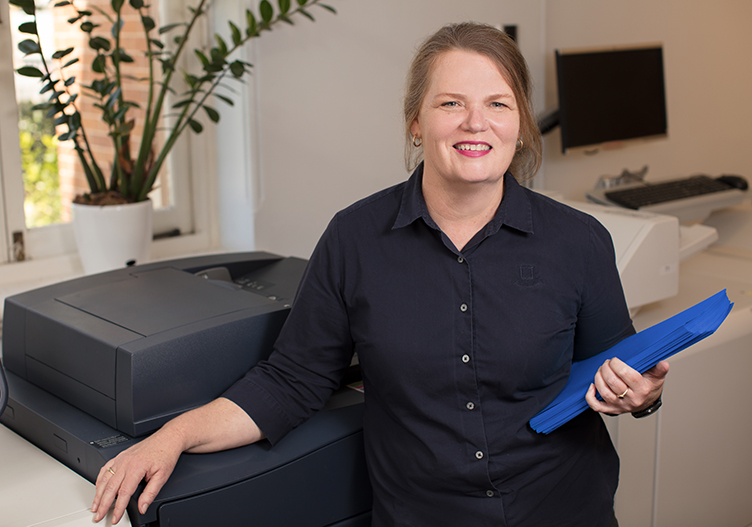