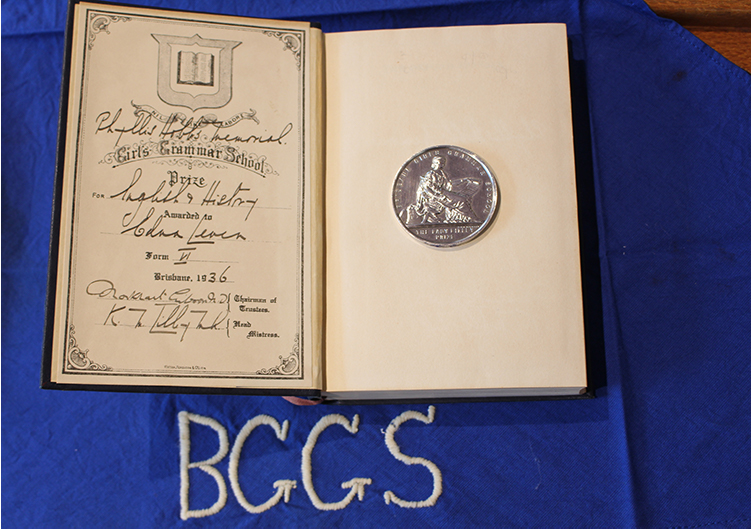 The Lady Lilley Gold Medal was introduced in 1883 by Sir Charles Lilley in honour of his wife and to celebrate the Dux of the School. In 1885, Lady Lilley announced that she would be donating a silver medal to promote private reading in IV Form (Year 10). The medal was presented for two years in 1886 and 1887 to Zoe Green (1889) and Eleanor ‘Nellie’ Grimes (1889), respectively. The awarding of this medal to reward this particular attribute did not last, and its purpose has changed over the years, but the underlying philosophy has remained constant: the recognition of hard work and excellence.

Tracing the history, in 1924, the silver medal was next awarded to Edith Florence Kathleen Beardmore (1926) for the same range of work as the gold medal (English, Latin or German, French, Mathematics and Natural Science) but at a five per cent lower standard. It was noted in the Trustees 28 November minutes:

‘Lady Lilley Medals (Silver). Established this for 10 years for an object to be decided by the Chairman on recommendation of Head Mistress. The extent of the Trust Deed for the gold Medal to be considered by the Chairman.’

Thus, the worth of such an award appeared to be validated and, in the Trustees minutes of 28 November 1930, further discussion was held with regard to the Lady Lilley Silver Medal and a motion passed.

Therefore, the concept of the silver medal going to the Proxime Accessit, or runner-up to the Lady Lilley gold medal, was established. 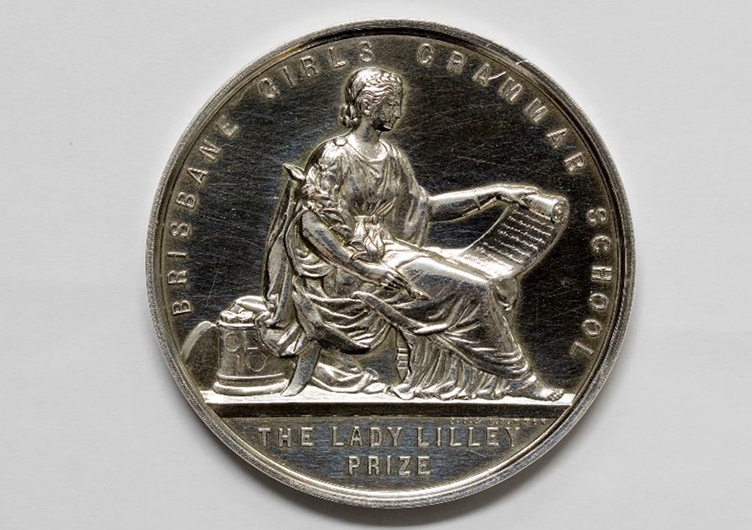 ‘Lady Lilley Medal: Miss Lilley reported that no girl had qualified for the Lady Lilley Gold Medal this year, and, after discussion, it was resolved that the giving of the Lady Lilley Silver Medal be discontinued.’

It is assumed that this motion referred to the practice of awarding a silver medal when the gold medal criteria was not met.

Thirty-five years later, in 1979, the silver medal was reinstituted, and the medal was referred to as having the ‘Second highest average in Year 12’. By 1982, the terminology had changed to proxime accessit.

It was not until 1993 that the Lady Lilley Silver Medal was consistently presented at every Speech Day and Distribution of Prizes when, on two occasions in 2009 and 2019, a tie ensued and two girls each received a silver medal. 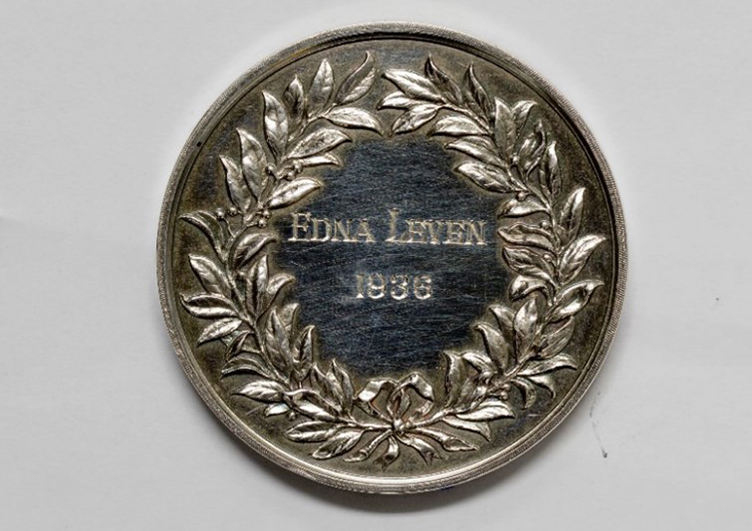 ‘I was so shocked and thrilled to receive the Lady Lilley Silver medal when I was in Year 12. I had no idea that I was going to be in the running for such a top academic prize. It still brings me a feeling of delighted surprising wonder that I was awarded this medal.

‘Every year when we have the Prize Reading Assembly, I distinctly remember the feeling of elation I had … that day in 2003. I remember going to my locker and calling Mum and sharing the joy with her. The medal still sits in my bedside table drawer, along with other prized possessions.’ 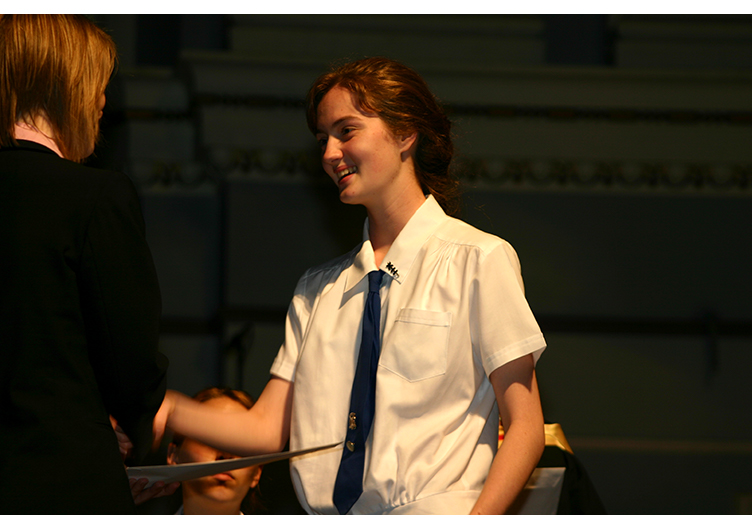 Every Speech Day award is special and valued. Each deserves to be celebrated and cherished. The Lady Lilley Silver Medal, as with every prize, is one way for the School community to honour the dedication and consistent application of its worthy recipients. Nil sine labore! 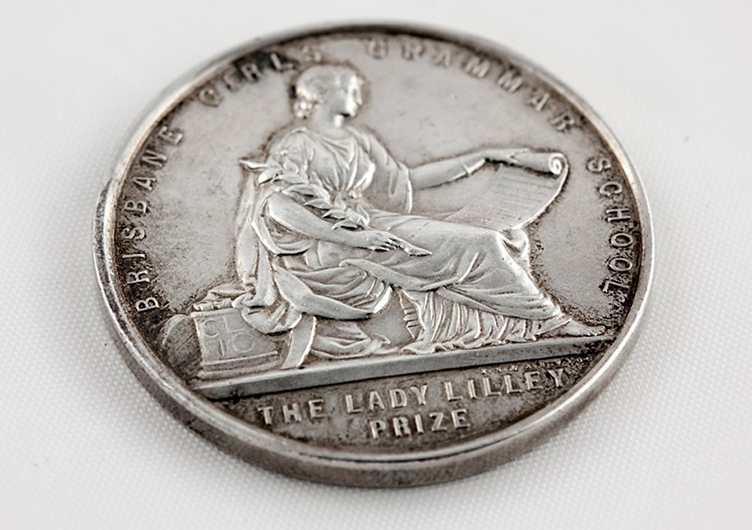 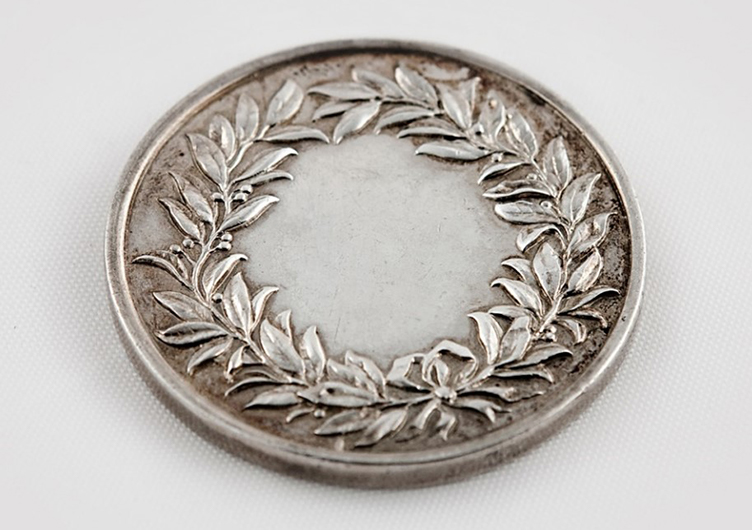