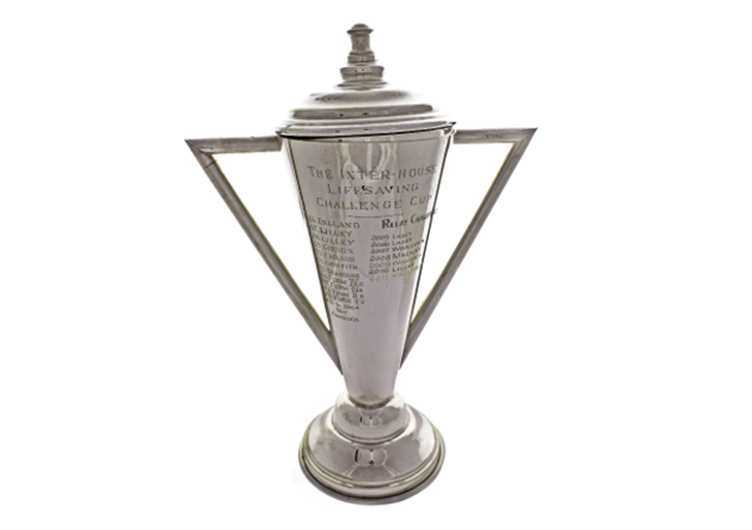 Brisbane Girls Grammar School has many trophies. Some of these have been awarded by external organisations and are highly regarded, and we are honoured to display them. Our internal trophies are also highly significant and hold deep meaning to the School. One such trophy is the Inter-House Lifesaving Challenge Cup. It is a beautiful and striking design created in the art-deco style. First awarded in 1966, it is currently the most obvious symbol of the value that the School places on lifesaving skills, but it is just part of the lifesaving story at Girls Grammar.

Motivated by a drowning tragedy in 1912, the School embraced wholeheartedly the idea that lifesaving was a vital life skill for young women. It is difficult to overestimate just how radical this concept was in 1912 and resulted in Lottie Bond (1913), Olga Hertzberg (1914), and Mary Lilley (1913), being the first Grammar girls to achieve their Royal Life Saving Society medals.

Following in the footsteps of Lottie, Olga, and Mary, Grammar girls continued to gain lifesaving qualifications. From 1924, the School participated in lifesaving competitions for schoolgirls—the Wainwright Shield and then the McWhirter Cup, which became the most coveted symbol of lifesaving proficiency among Queensland’s premier girls’ schools until it was discontinued in 1990. Girls Grammar approached this inter-school competition with vigour. However, the School continued its emphasis on lifesaving for every student as part of the regular curriculum. 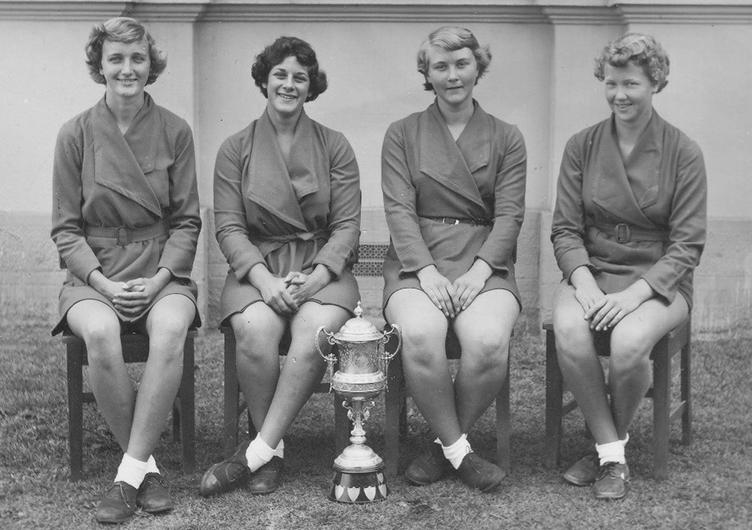 In 1953, the Sports Committee decided to reflect this competition by implementing, for the first time, an Inter-Form Lifesaving Competition. The School Magazine states:

It is hoped that this will improve the standard of lifesaving and go towards forming a team that will hold the newly won [McWhirter Cup] for many seasons.

The inter-form competition was held at Spring Hill Baths and was won by the IV Form team who, we assume, joyfully defeated a combined VI and V Form team. With the introduction of a new House system came the presentation of an elegant new trophy for the winners.

The cup was proudly awarded from 1964 until 1977, at which point the competition ceased, dooming the trophy to a sedentary life gathering dust in the School’s trophy cabinet for the next 27 years. This story has a happy ending though.

The trophy was reinstated in 2005. As part of the Swimming Carnival, an imaginative final House relay was introduced. It encapsulated the Royal Life Saving Society’s mantra of ‘reach, throw, wade, row, swim, tow’. Students from each Year level, along with one of their teachers, represent each House as they perform (in sequence) a series of fundamental lifesaving skills in a race to the finish. Thus, this stunning art deco silver trophy once again sits proudly on the trophy table at the Interhouse Swimming Carnival and is highly contested. 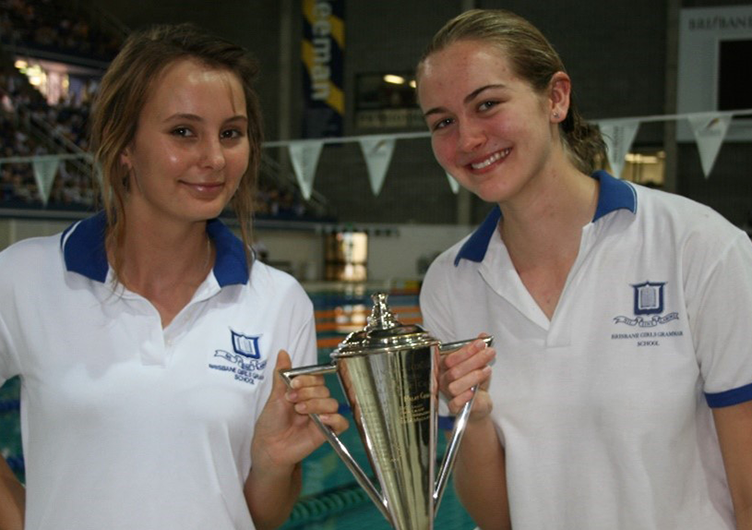 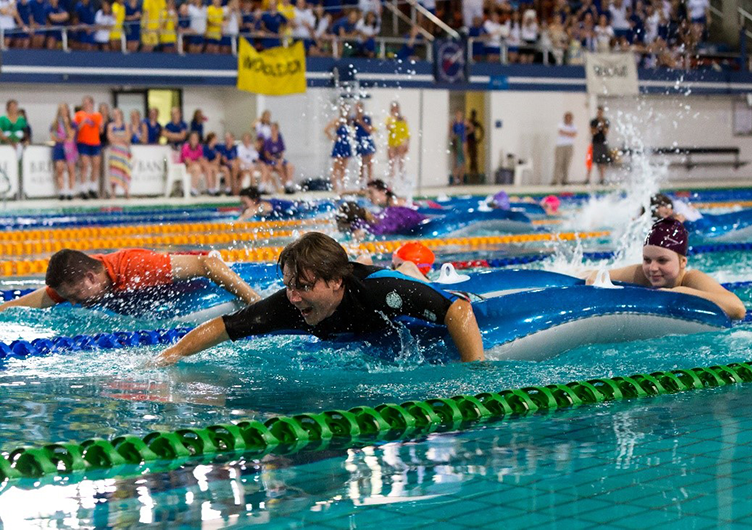 The School continues to align its curriculum with the Royal Life Saving Society of Queensland and routinely puts up to 1000 students from Years 7 to 10 through its accreditation courses. 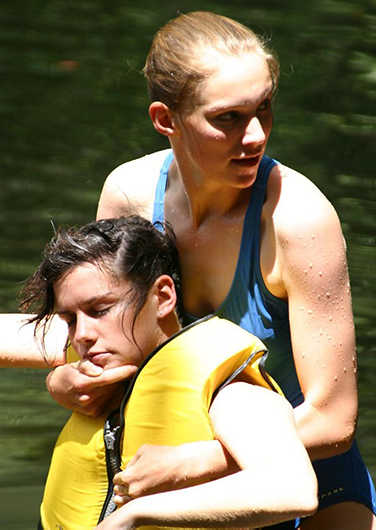 The School has many trophies but, to many, the Inter-House Lifesaving Challenge Cup is especially important. Yes, it is beautiful, but it is significant because of what it represents: the School’s long history of lifesaving. It is a history of competitive success, female empowerment, and a strong desire to contribute to the betterment of society.