The Classics have always been an important component of the BGGS curriculum. Early Grammar girls would have learned about Minerva, the Roman goddess of wisdom and strategic warfare, and the sponsor of arts, trade, and strategy. She was reputed to excel at music, poetry, medicine, wisdom, commerce, weaving and the crafts. Minerva seems to have caught the imagination of Grammar girls; hopefully, because she is such an accomplished all-rounder.

In the early 1900s, it was common practice to use busts of ancient Greek and Roman figures as teaching devices in Classics classes and Minerva, as a bust, first appeared in the School Magazine in the early 1920s and, again in 1937.

This goddess seems an obvious choice of muse by senior students. She was female and had the unusual combination of being the goddess of both wisdom and warfare. Her diverse skills may have appealed to students who strove to acquire the necessary knowledge and skills to approach external examinations, the challenges of university and the demands of a professional life.

In 1924, Sixth Former, Everil Venman (1924), composed a poem, ‘To Minerva’, which was published in the School Magazine, in which she expressed the students’ desire to serve Minerva, the ‘ideal of grace’:

The goddess is mentioned again in the Sixth Form Notes of the December 1937 School Magazine—at a time when pupils in the Fourth and Sixth Forms were waiting for the outcome of their end-of-year Junior and Senior Examinations.

Minerva, who along with Euripides, Sophocles and company, reminds us that our activities must be intellectual … we hope that the Juniors will be successful in their examinations and that the Senior results will show that the influence of Minerva has not been altogether unavailing.

In 1959, Joan Gellie (1959), wrote a eulogy to Minerva in which she humorously remarked, ‘It is to be hoped that future generations of Sixties will respect Minerva’s longevity, admire her remarkably well-preserved appearance and dust the old girl at least once a term!’

It is apparent that the Sixth Form girls were inspired by the presence of their statue, which provided them with steadiness and solemn constancy as well as photo opportunities; the 1950s version of selfies!

The last sighting of Minerva at Girls Grammar was in 1966 when she appeared in a photograph album compiled by Form VID for their Form Mistress, Mrs Doreen Yates. In the photograph, she is wearing a summer panama hat and a tie that includes the Sixth Formers’ new badge. After that, she seems to have disappeared. However, you cannot keep a goddess—or a Grammar girl—down. 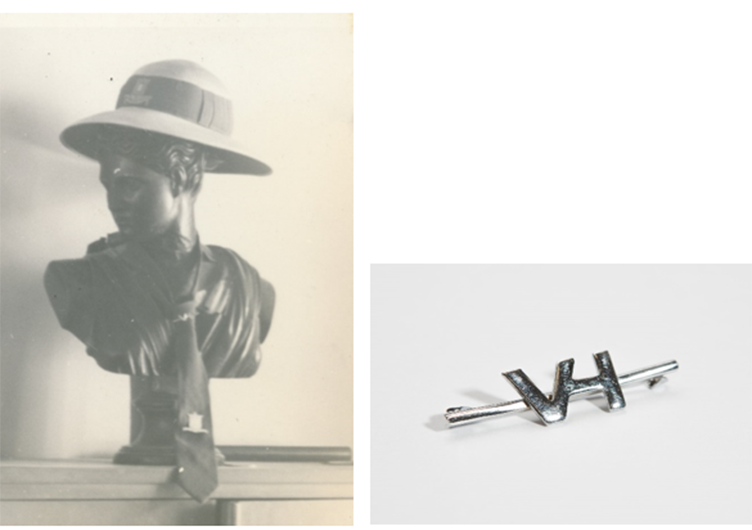 In 2019, the School introduced a new Learning Management System that needed a uniquely ‘Girls Grammar’ name.  Minerva already had a place in Girls Grammar history and, because she represented many of the qualities to which Grammar girls strive, the new system was named for the Sixth Formers’ mascot and motivator of hard work: a physical reminder of the School’s motto, Nil Sine Labore. Thus, this modern Girls Grammar Minerva is not a statue, but a virtual environment that underpins every Grammar girl’s and staff member’s day as a one-stop place for information, learning and communication.

Every morning when I click onto Minerva, I think of girls faithfully dusting the statue or placing a weekly vase of fresh flowers in the classroom near her and making sure that she was looked after.  To them, she represented so much more than just an object to be cleaned and polished, but something that symbolised their hopes and dreams.