A principal portrait: a special tribute to Mrs Judith Hancock 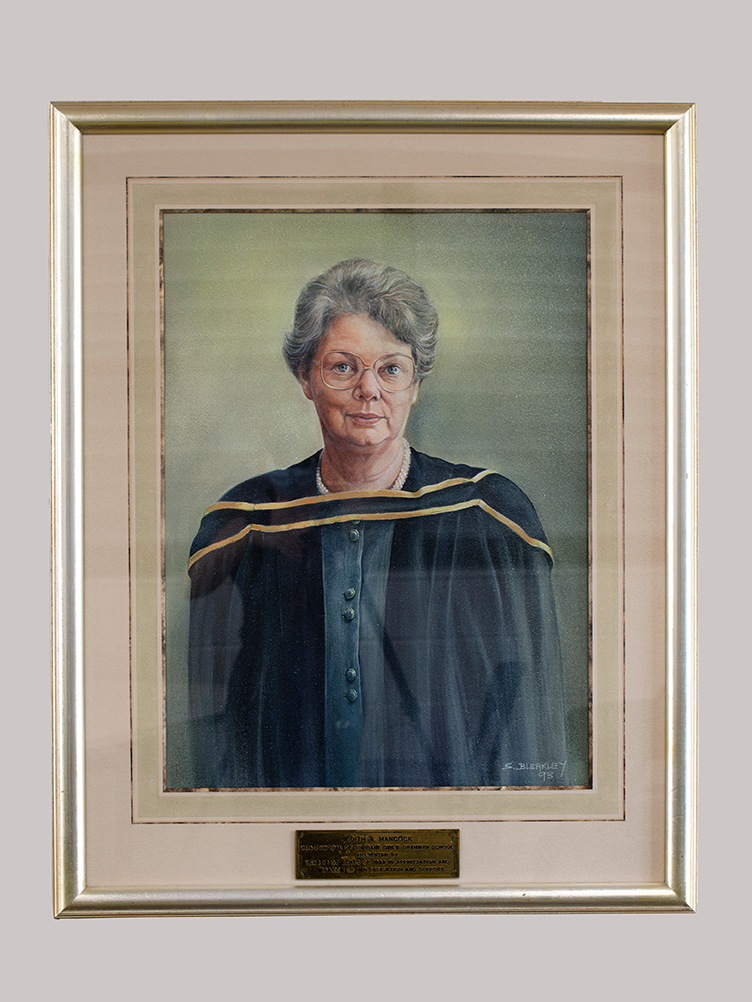 In 1992, graduating Year 12 students commissioned a portrait of their Principal, Mrs Judith Hancock, as their leaving gift to the School. This is a tradition that had been established for more than a decade. In consultation with some parents, and then Assistant Principal (Staff), Mr Alan Dale, the idea of a portrait was agreed.

Sue Bleakley was appointed as artist. Bleakley was not only a parent of the School, but also a multi-award-winning artist of both sculpture and portraiture. Her work is represented in institutions both nationally and internationally.

Painted in oil on canvas, the 555 mm x 700 mm portrait was presented to the Principal in early 1993, in what Bleakley remembers as a happy, and rather informal, presentation. Mrs Hancock recalls that the portrait was a complete, but delightful, surprise—’it just appeared!’

This element of surprise was a key aspect of the student gift.

Since the portrait gift was intended to be a surprise, there were no personal sittings, and Bleakley used, instead, one main formal photograph of Mrs Hancock in full academic dress, sourced from documents of the time, to accomplish the work. Having a portrait of herself was not something Mrs Hancock was comfortable with, but she graciously accepted and acknowledged the gift, as it represented the admiration her students had for her. And Mrs Hancock was always a strong advocate for the education of her girls.

The portrait has hung in the eponymous Judith A Hancock Communications Centre for many years, on level three in the foyer area. The brass plaque at the bottom of the portrait reads:

PRESENTED BY YEAR 12 STUDENTS OF 1992 IN APPRECIATION OF HER DEDICATION AND SUPPORT.’

Mrs Hancock began her distinguished career as Principal of Brisbane Girls Grammar School in 1977. During her time, until retirement in 2001, she oversaw sweeping changes in the physical environment and educational offerings at Girls Grammar. Her knowledge and appreciation of the history of the School, coupled with her dedication and fearless imagination, meant that she initiated so many changes that further confirmed the School as a leader of education for young women.

The portrait captures the elegance and humanity of this Principal, as well as the steely determination and insightful intellect seen in her direct and confident blue-eyed gaze. These characteristics guaranteed that she would never relax the momentum of her drive in ensuring that Brisbane Girls Grammar School was at the cutting edge of education and gave strength to its fundamental role of nurturing young women who could contribute to the ongoing development of a just and balanced society.

Why is this portrait a ‘principal’ one, as intimated in the title of this article? Interestingly, and perhaps surprisingly for a School of standing, it is the only painted portrait of a Principal held by the School. There is a collection of photographs of our leaders in the Museum in the Gailey Building but, unlike most boys’ schools, there is not a portraiture collection to celebrate the women who have led this School with vision, integrity and passion. 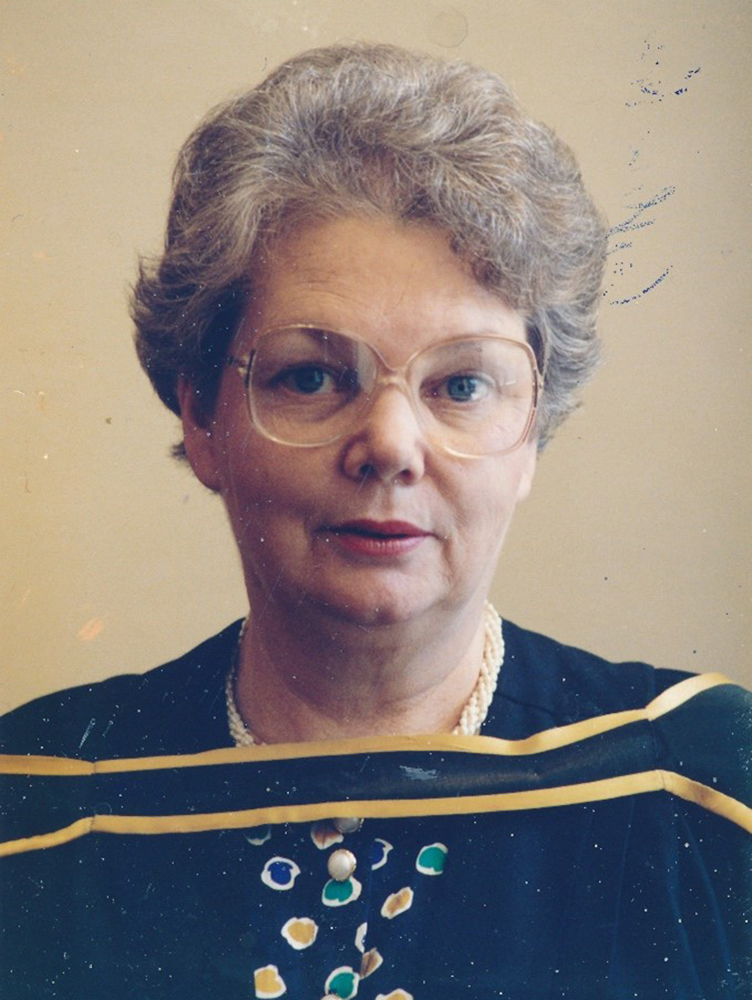 1980s Photographic image of Principal, Judith Hancock, which most likely was used to paint her portrait in 1992 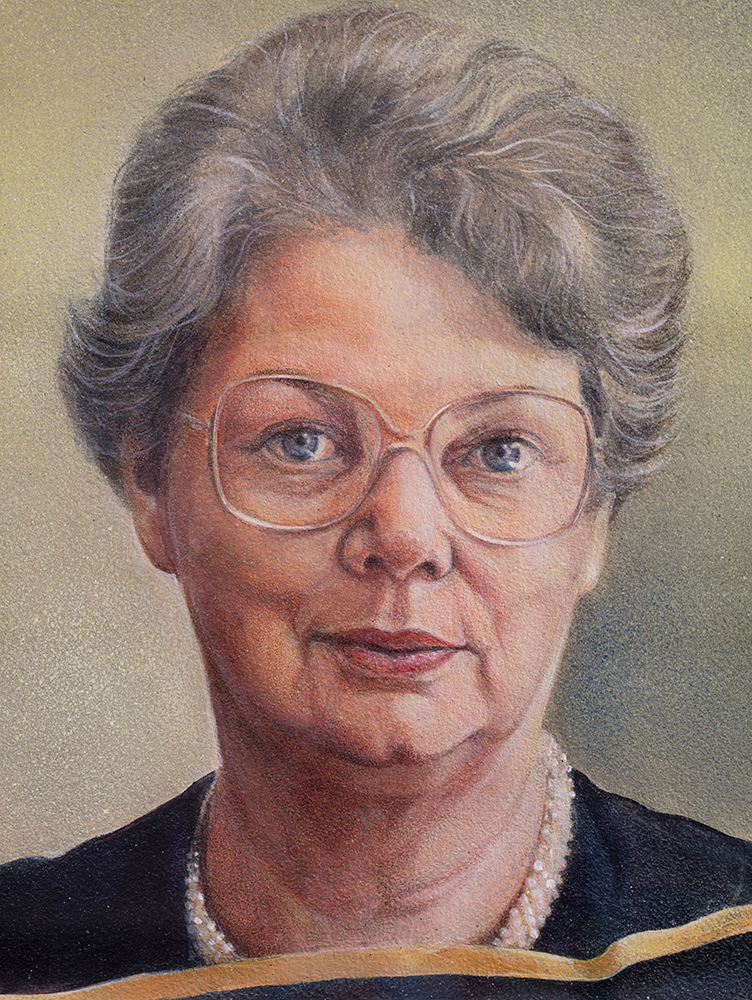