Reach for the Stars: The Dorothy Hill Observatory

People often make assumptions about what interests girls, and the idea that they might be fascinated by space can sometimes be a little surprising to some. But Science teacher, Dr Keith Treschman, wanted Girls Grammar students to set their sights as high as possible, and he proposed the idea of an observatory in 2013.

It was a pursuit close to his heart, and he found great support from the other Science staff and a future BGGS parent, Dr David Trappett. Dr Trappett was very enthusiastic and even suggested that the telescopes be robotically controlled. The pair proved an adept team with Dr Trappett determining the equipment and costings, and overseeing the installation and the commissioning of the telescopes, cameras, and software for remote, autonomous operation. At the same time, Dr Treschman planned how the scheme would operate within the curriculum and promoted the concept.

Marrapatta Memorial Outdoor Education Centre (Marrapatta) was chosen as the location, and work commenced in 2017, with the first image being taken in June 2017. The facility was named the Dorothy Hill Observatory after the eminent Girls Grammar alumna. Hill was Dux and Sports Brooch winner of the class of 1923. She became a renowned and celebrated scientist in the fields of geology and palaeontology.

The significance of this observatory was illustrated by the placement of a time capsule by the 2017 Head Girls, Lucinda Duke and Elizabeth Prins, at the site. The capsule contained a scrapbook of 2017, a USB with the School Song ‘remix’, Marrapatta Year 7 to 10 programs and memories, a School diary, School hat, sports shirt, newspapers, and other mementos of the school year. 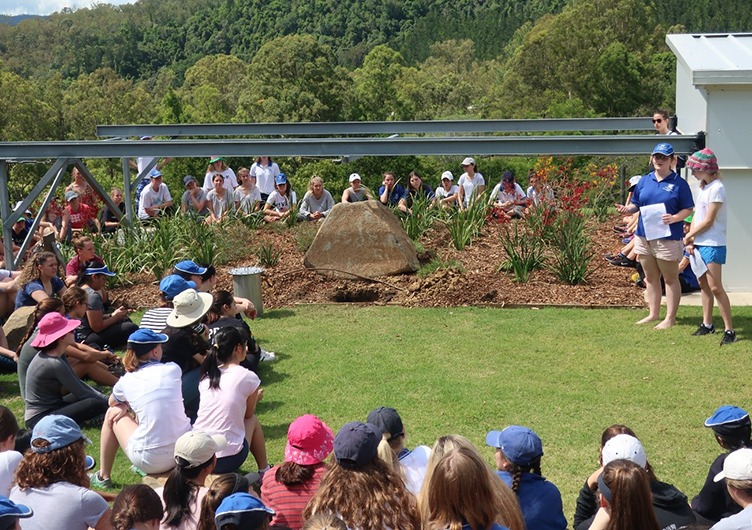 The observatory is a 7 m x 3.5 m structure with a roll-off roof. It houses a space for computer equipment and four telescopes. One is operated by students visiting Marrapatta, and the other three telescopes are controlled remotely. March 2018 saw the first use by students.

Each student in Science from Year 7 to Year 9 and Physics in Year 10 engages in a structured astronomy program. Physics teacher, Ms Gerri Bernard, is responsible for the implementation of the learning experiences. Year 7 students select a deep sky object (nebula, galaxy, open cluster, or globular cluster) for their introduction. In Year 8, one term in the school curriculum encompasses Astronomy. The students learn about the different types of telescopes, charge coupled device (CCD) operation, the nature of colour, understanding filters, and different ways to process images depending on what they want to show.

Each Year level uses different telescopes, each named after famous female astronomers. The only non-robotic one in the observatory, the western telescope, is a 203.2 mm Celestron named Bell for Susan Jocelyn Bell Burnett (1943–). A 106 mm Takahashi refractor with a 6 megapixel colour CCD is one of two telescopes on the eastern pier. It is called Fleming after Williamina (Mina) Fleming (1857–1911). The 356 mm Planewave, in the centre of the observatory, with an attached 16 megapixels camera has the appellation Cannon for Annie Cannon (1863–1941). This telescope has a rotating wheel attached to the camera with 10 slots for filters. It is used by Year 8 students. The same telescope is operated in Year 9 with different filters for more advanced work. The second telescope on the eastern pier is a 100 mm Skywatcher refractor, 1.5 megapixel colour CCD for near-real time imaging in low resolution. It is called Maury—pronounced MORE-ee —for Antonia Maury (1866–1952). 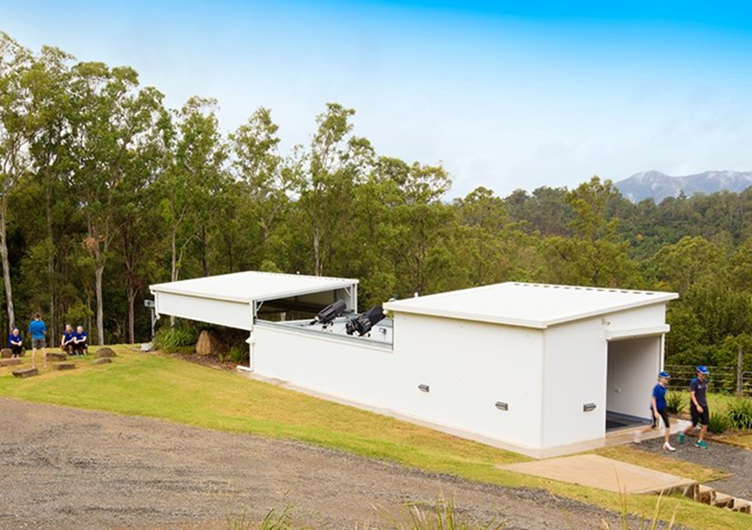 Ms Bernard also conducts a club for older students who carry out research with the telescopes, and intend to publish their findings. Senior Laboratory Technician, Mr Anthony Lumsden, has an understanding of the entire operation, assists teachers in the classroom when these units are operating, troubleshoots for the students, sets up sequences for the telescopes to secure images, and coordinates the day-to-day procedure for the observatory.

The girls are inspired by these first-class facilities at the Dorothy Hill Observatory. This dynamic, cutting-edge program has captured the imagination of many students and the stars can truly inspire Grammar girls. As more research evolves, the sky is the limit!

Telescopes in the observatory. From left to right: Fleming, Maury, Cannon, Bell 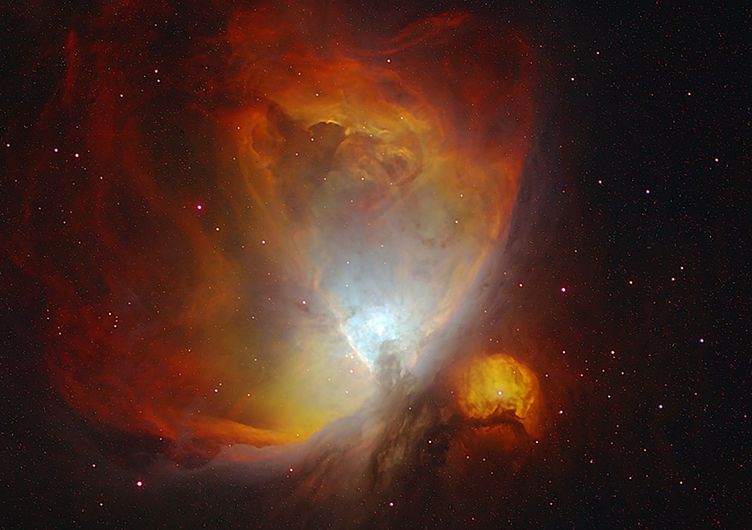