Service and sacrifice: the Old Girls Association Honour Board

The Annie Mackay Room has a special role in the life and history of Girls Grammar; it is a place of history, celebration and commemoration. While its walls are adorned with a series of boards that include lists of student names, there is one board, often overlooked, that identifies those Grammar girls whose dedication to service led them to war. How did this board come about?

A surge of interest in memorials and honour boards had arisen as World War II was ending and there was a desire among many communities to commemorate and remember the commitment of the men and women who had served, not only the World War, not yet concluded, but also the First World War. So it was that, at an Old Girls Association (OGA) meeting, the concept of a permanent memorial to include the names of past students who had served in the forces was proposed.

The Association had not clarified what the criteria might be for inclusion on the honour board and this aspect has always been somewhat vague. Deciding who should be included was problematic because there were two World Wars, communication with the wider community, and the possibility of women changing their names once they married. In addition, there were numerous services in which they could have been involved: the Voluntary Aid Detachment (VAD); Women’s Auxiliary Australian Air Force (WAAAF); Australian Army Nursing Services (AANS); Women’s Auxiliary Army Corps (WAAC); and Women’s Royal Australian Navy (WRANS).

Another complicating factor was that Australian women were also known to have enlisted in the forces or services overseas. One such Grammar girl was Dr Nellie Bourne (1896). Because female doctors were not permitted to enlist in the Australian Defence Force, Eleanor ‘Nellie’ Bourne, the first Queensland-born doctor to practice medicine in Queensland, paid for her passage to Britain where she obtained a position in the Endell Street Military Hospital, in London, until the end of the World War I. 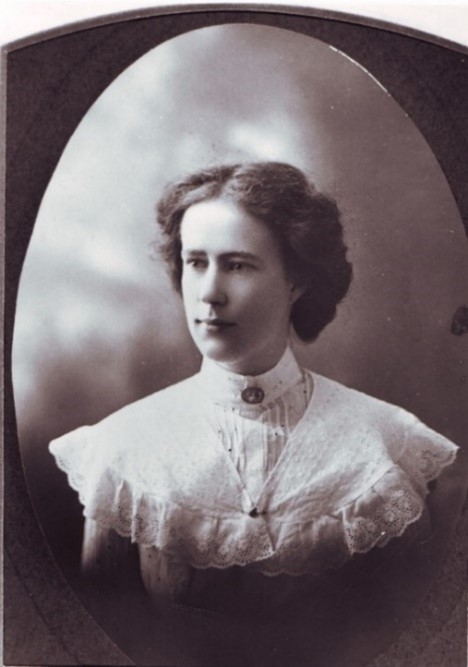 By 1946, the OGA committee felt it had gathered enough names to warrant erecting an Honour Board at the School. Jessie Stephenson, (President of the OGA during the Jubilee Year) emphasised that it was the Jubilee of the Association and so she proposed that the Honour Board would be their presentation to the School. It would be unveiled on the annual Old Girls Day—Saturday 7 May 1949—to be renamed Jubilee Day.

The Old Girls also agreed to donate a flagpole to the School which would be unveiled on the same day as the Honour Board—patriotic gifts reflecting the mood of their community and one path to recovery after six long years of war.

1949 the flagpole erected on the East side of Main Building, now the Stage Lawn

The following minutes from the OGA meeting held in July 1948 document the matter of the honour board:

Miss Cossins was asked to check, by writing, the names of those girls who she already had for the Honour Board. Those eligible to have their names inscribed on the Board would be those girls who had served as full-time members of a defence force paid by the Commonwealth Government and signed to serve wherever they were sent.

It was decided to ask Old Girls and Present Girls to submit designs for the Honour Board. A prize of £2.2.0 was to be offered and the designs to be in by 30 Sept 1948. The Board was to be wider than it was long and to carry three columns of perhaps one hundred and fifty names. The artist could perhaps suggest wording.

The accepted and stylish board was not designed by a Grammar girl but by a past Grammar boy and architect, Godfrey Blackburne. The board is surmounted by the OGA badge, and the insignia of the branches of air, land, and sea forces divide it into three sections.

Jubilee Day in 1949 was a very successful and happy occasion for both past and present students. At 3 pm the School bell was rung, and everyone present gathered in the Assembly Hall (now named the Annie Mackay Room) where the honour board was unveiled by Mr Victor Grenning, Chair of the Board of Trustees. After the unveiling, Sister Eunice Paten (1898) reminisced about her time as one of the first nurses to see active service in World War I. Eunice joined the AIF on 21 September 1914 and served in Egypt, England, and France, returning from France on 11 December 1918. She was awarded the Royal Red Cross (2nd class).

c1910 The Paten sisters – Sr Eunice is on the right

Also on the honour board is the name of one of Girls Grammar’s most illustrious past students, Grace Wilson (1898). Her name is celebrated under the 1914 to 1918 list. In 1915, Grace Wilson departed on the SS Mooltan for Lemnos, an island situated in the Aegean Sea off Greece, where she was appointed Principal Matron of the 3rd Australian General Hospital. She went on to nurse at Abbasia (Cairo), London, and in France on the Somme. Her service would not end with the First World War. During World War II, Grace was posted to the Middle East. She was awarded the Royal Red Cross Medal First Class, Commander (Military) of the Order of the British Empire and the Florence Nightingale Medal.

Another alumna, May Hardcastle (1929), is commemorated under the 1939 to 1945 Army division. May joined the VAD (Voluntary Aide Detachment) in 1941 and became a sergeant in the Australian Medical Service from 1942 to 1946, which included a stint in Motatai. May was an elite tennis player, BGGS Sports Brooch recipient, and a national champion by 1940, but her sporting career, along with her dream to see Wimbledon, the Olympic Games, and America was interrupted by the war. 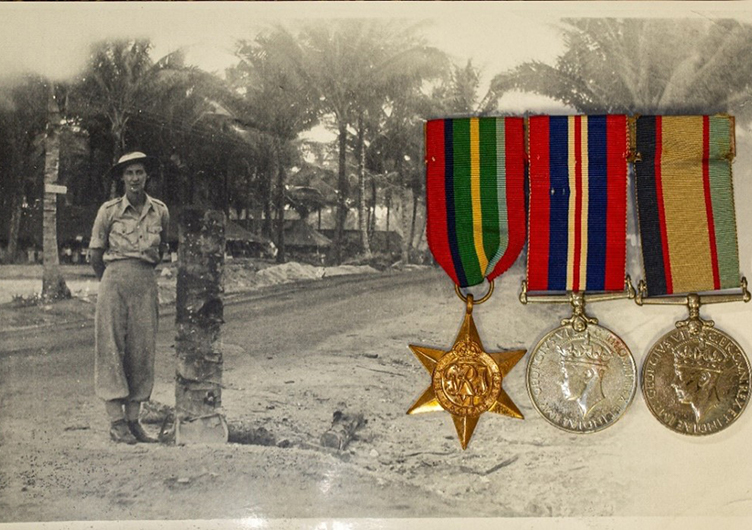 Ensuring that the names of all Grammar Women are commemorated on the board is an ongoing task. The eligibility for inclusion has never been documented, although the intention was most likely to record all of those who served in any military or related capacity, whether it was at home or overseas. In 2022, the board is nearing capacity. However, if more names of eligible past students who served in the two World Wars do come to light, they will be included on a board that was, in 2009, admitted to the Queensland War Memorial Register.

This gift of the Honour Board by the OGA in 1949 affords the School the opportunity to acknowledge the duty and courage displayed by our women during these wars. It is only appropriate that the School recognises and commemorates them in the very room in which they once assembled and sang as schoolgirls. The question remains, how do we acknowledge Grammar Women who served in world conflicts since 1945 and into the future?

Minutes of Annual General Meeting of the BGGSOGA, held on Friday 23 February 1945.

Minutes of the meeting of the BGGSOGA, held at School on Wednesday 21 July, 1948.