Something Bigger Than Yourself: Why Fiona Albert’s Olympic Zootie means so much

On display inside the McCrae Grassie Sports Centre is a prized memorabilia collection from an accomplished group of Grammar Women. Chronologically, the first item is a framed Australian-gold blazer belonging to Barbara Wilson (nee Jordan 1969), an Australian athlete at the Montreal Olympics, and the most recent is the vibrant Olympic Rowing zoot suit worn by Fiona Albert at the 2016 Rio de Janeiro Olympics. 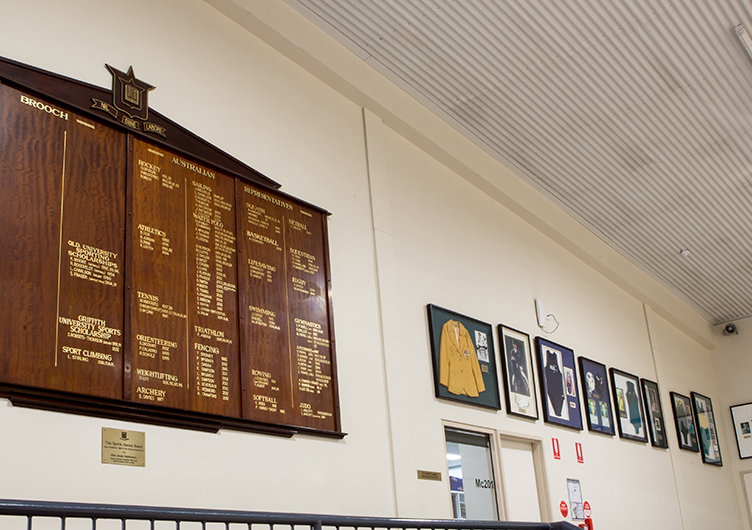 McCrae Grassie Sports Honour Board and Olympic and Commonwealth memorabilia 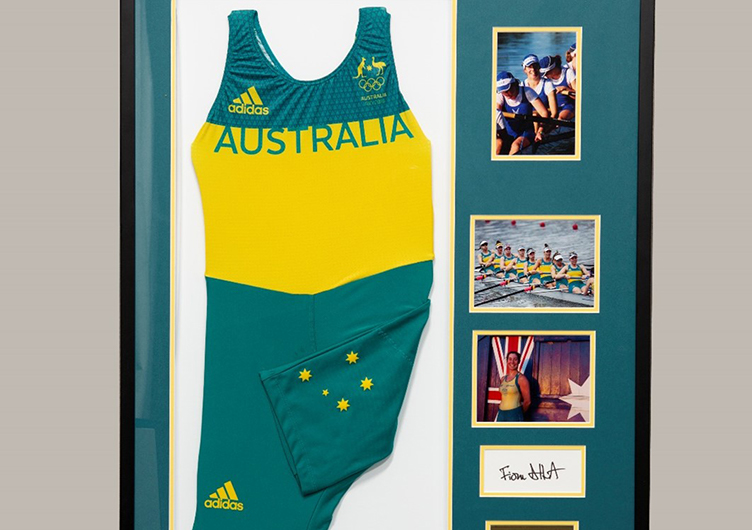 Fiona Albert enrolled at Brisbane Girls Grammar School in Year 10, and soon found her niche in the school, contributing to a range of co-curricular activities. However, it was the sport of rowing that captured her imagination. As a keen sportswoman, she found both the Sports Centre’s honour boards and framed memorabilia inspirational, and as a new Grammar girl, she resolved to ‘get her name up there’.

Such was her passion for rowing that, after graduation, Fiona continued the sport while she studied a dual degree in Arts and Law, majoring in International Relations. She was admitted as a legal practitioner in 2017, and was admitted to the High Court in 2021.

Despite this progress in her studies, Fiona did not give up her sporting passion. Her first Australian team was in 2012 when she won a silver medal with the women’s coxless four at the U23 World Championships in Trakai, Lithuania. Her Olympic selection followed four years later. In 2021, when asked to reflect on the honour of wearing green and gold as an Olympian, Fiona said, ‘Whilst representing your country is special, the Olympic Games is so different. It’s just an absolute rush, and so unlike anything else. The Olympics are imbued with a lot more meaning.’

The story behind Fiona’s selection in the Australian Olympic team exemplifies perseverance as the crew was a late inclusion into the Olympic regatta program. This meant that there was none of the fanfare of an Olympic uniform presentation, and they flew into Rio de Janeiro at night, over the lights of the Olympic Games opening ceremony below. When they finally made it to the rooms in the Olympic village, Fiona was struck by the magnitude of the suitcase sitting on the bed. One of her enduring memories of the Games is the feeling of ‘awestruck’ excitement as she opened the large suitcase brimming with Olympic apparel.

In rowing, the zoot suit holds a special place in the psyche of a rower. Put simply by Fiona, ‘If I had given the School anything else, it wouldn’t have been so special’. It not only represents the Olympic spirit and ideals, but also, importantly, Fiona’s entire sporting journey.

Fiona’s zoot suit and these precious objects of substance represent our pride in the collective achievements of these Grammar Women, and remind us of the School’s part in their accomplishments. Hopefully, the walls of McCrae Grassie will include an ever-increasing assembly of mementoes donated by Grammar alumnae, such as 2021 Tokyo Olympic athletes, Gabriella Palm (2015) and Abby Andrews (2017). 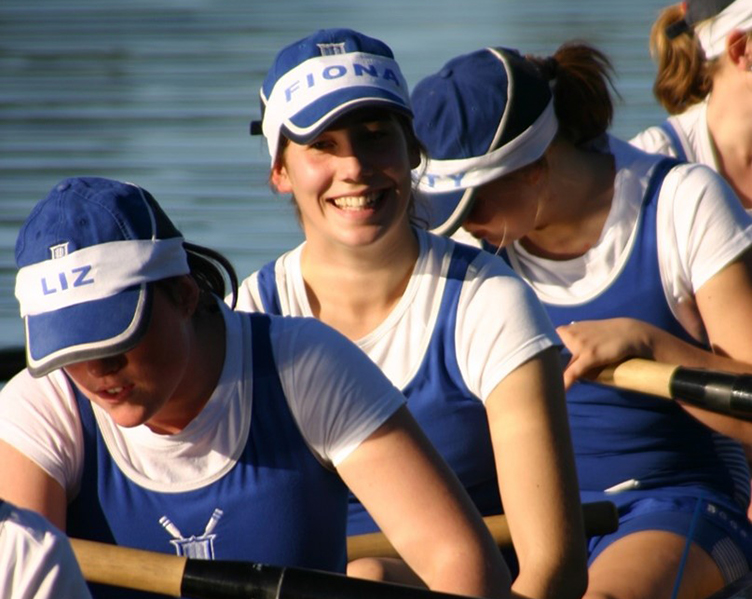 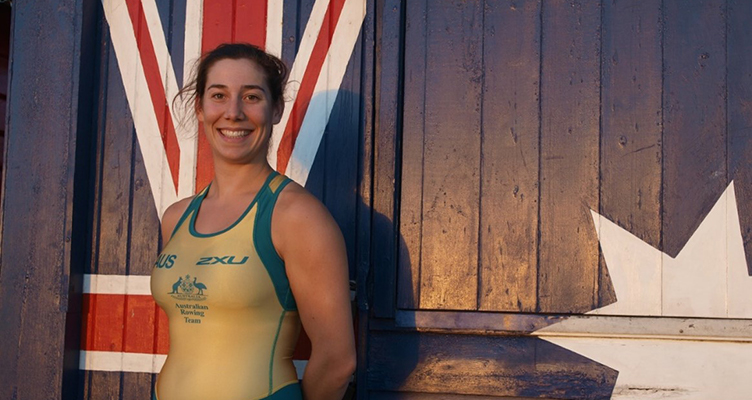 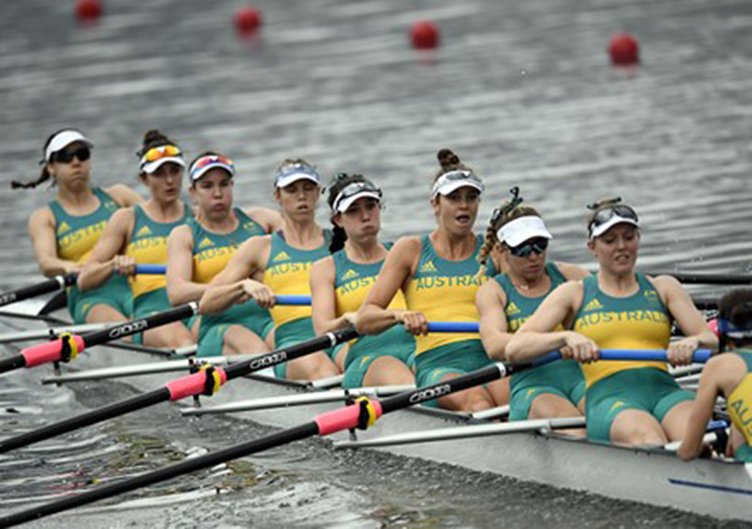 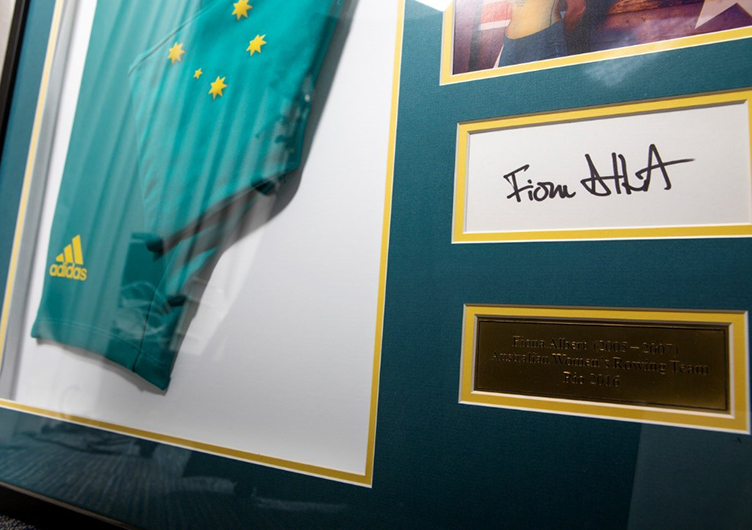