The Grammar Bandanna—Functional or Fashionable?

The covering of a woman’s head comes from ancient times. There are still cultures that ascribe to this custom, and women’s head coverings have transferred to the secular world of fashion. Until the early twentieth century, a woman was not appropriately attired unless she covered almost her entire body, including her head, hands and ankles. This attitude prevailed even if she was involved in physical activity—women playing tennis, hockey, or rowing were expected to have their hats firmly in place during competition.

Schoolgirls appear to have been extended greater freedom, as skirt lengths rose, and more headgear options were explored. Thus, the headscarf, or bandanna, became a popular choice. Bandannas were likely worn from the commencement of formal fixtures between the three original schools of the QGSSSA in 1908. Girls Grammar’s archival collection has a bandanna, or babushka, dating from 1910. 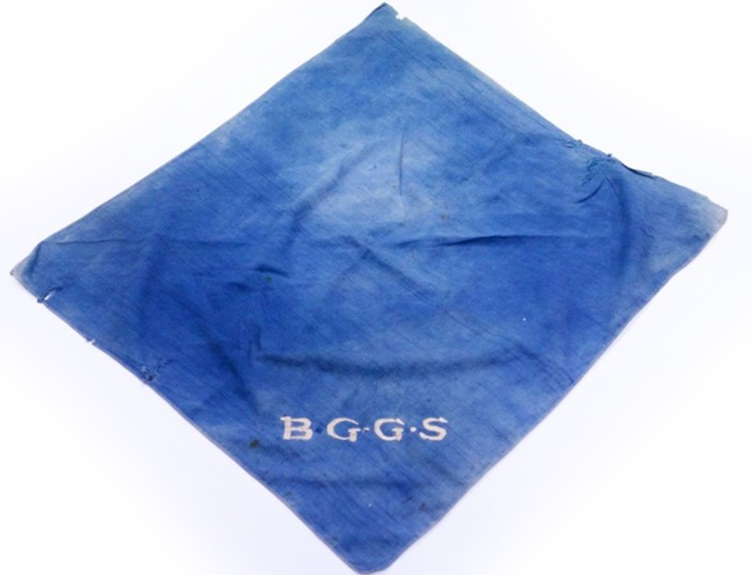 The bandanna’s function was three-fold: firstly, to act as a convenient control for wayward hair during intense competition; secondly, to match the conventional covering of the head and hair; and finally, it was used to identify and place the girl wearing it in competition. By the 1920s, the bandanna was most definitely an official part of the athletics uniform.

During the 1920s, the technique to wear a bandanna for the Grammar netballer or athlete was to have a square piece of cloth folded into a triangular shape, positioned tightly across the forehead, and then tied at the base of the skull in a knot. The apex of the triangle was either tucked into the knot or left to flutter.

This colourful accessory—used to identify different competitors and supporters—was carried over into BGGS’ sporting competitions where intramural or form colours were worn as a bandanna, and ribbons attached to blazers.

The Brisbane Girls Grammar Sports Club minutes from 7 December 1928 provide a list of form colours. These colours were worn as bandannas and, occasionally, ties. Grammar woman and former English teacher and Athletics Coordinator (1930-1971), Miss Marjorie Elliott (1922), explained the colour allocation. In her words: [there was a] keen interform competition—second to Fifth form had two colours (all Thirds had black plus another; Fourths navy plus another) Sixth form had the three colours blue, black and gold.’[1] Examples of these colour combinations were: IIIA’s colours were black and green, and IVA carried navy and cerise. Each form’s bandanna was made in the appropriate colours, with the Fifth form wearing a tartan design of gold and royal blue in 1928. 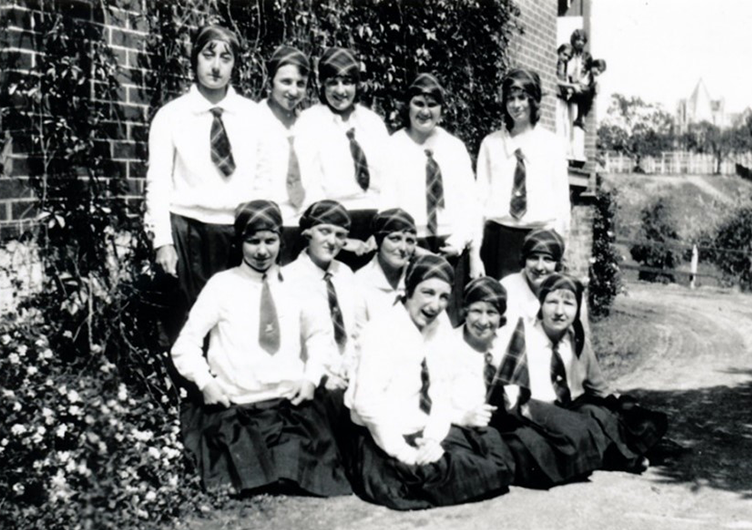 By the mid-1960s, the bandanna was permanently adapted to a triangle with two long, narrow ties making it easier to tie onto the head, less bulky and difficult to keep on the athlete’s head in competition. The last year the bandanna was worn by Grammar athletes was 1967, where I had the joy of keeping it in place while competing in the Interschool Ballgames competition. As an athlete, I was certainly very pleased to not have to battle with it in later competitions.

1967 Preparing for the Athletics March on at Lang Park.

Grammar headgear continued to change with the times and reflected what was fashionable in a particular sport at international or representative levels. Caps were introduced in the early 1980s, later superseded by the visor made popular by lady golfers in the late 1980s. This was really an attempt by me as Director of Health, Physical Education and Sport, to encourage fashion-conscious schoolgirls to wear some form of sun protection. However, fashion being a constant evolution and having the habit of reworking past designs, the cap experienced regular iterations, as has the visor.

An ironic development in the modern schoolgirl’s sporting wardrobe is the revisiting of the headband, not as a method of keeping loose locks under control or covering the head for modesty, but as a motivator for the competition, a tradition for success, and a proud indicator of being part of the team. This concept was introduced by the 2001 Cross Country Captains, Sophie Cameron (2001) and Jennifer Davis (2001), and has been a feature of all Cross Country teams and some Athletics and Swimming teams ever since. 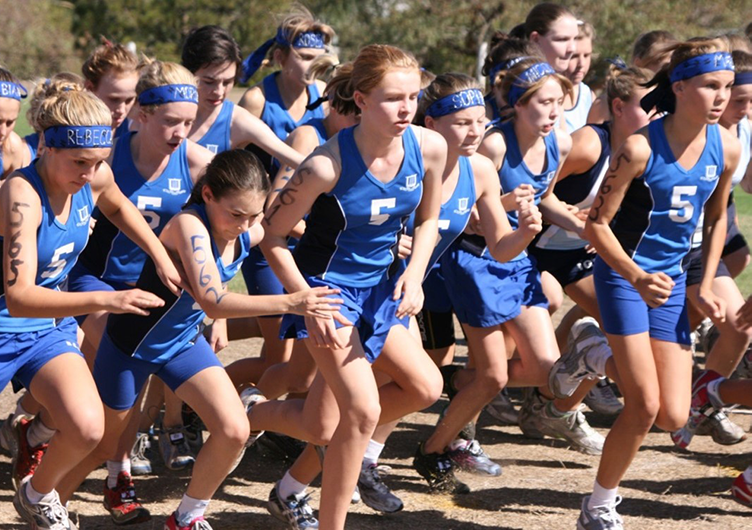 The Under 13 team was part of the successful 2007 Cross Country team where the School won its 14th consecutive QGSSSA competition. 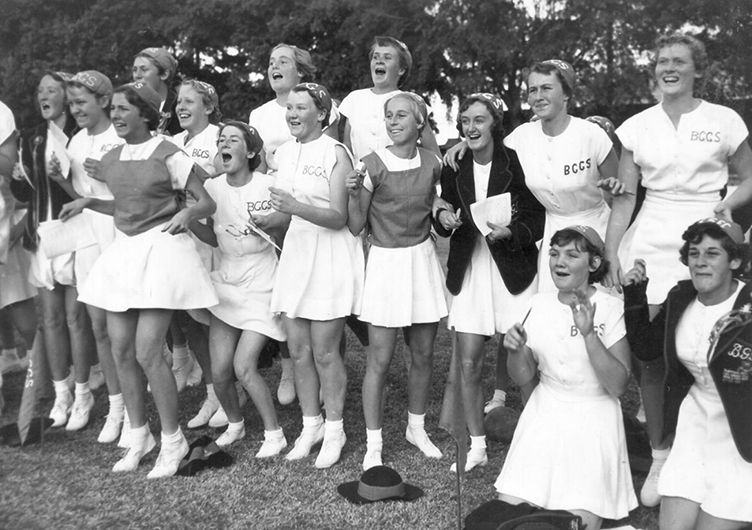