On 27 July 1928 at a BGGS Board of Trustees’ meeting in Mr Justice John Laskey Woolcock’s chambers, a formal submission was minuted for the presentation of the Ida Woolcock Challenge Cup for that year’s Annual Speech Day and Distribution of Prizes. Donated by the Chair of the Board of Trustees, Mr Justice Woolcock, in honour of his wife, the Ida Woolcock Challenge Cup was first presented that year.

The trophy was to be awarded annually to either a V or VI form girl who demonstrated the best public spirit as a schoolgirl. The girls in the upper school were to be consulted, as well as the opinions of staff, and especially the sports mistresses. However, the final awarding was to be at the sole discretion of the Head Mistress.

Carrying the motto—Hoc habeo quodcunque dedi (I possess (have) whatever I have given away)—the powerful message of service and unselfish giving resonates with the woman honoured in the cup’s naming, as well as its 99 recipients.

Ida Hague Witherington was born in Maryborough, and was a cheerful and mature girl with a dry wit.[1] She met her future husband at the Shakespearean Society in Brisbane, where he served as the Vice President. She married the BGGS Chair of the Board of Trustees, John Laskey Woolcock, at 26 years of age. She had a love of the Arts and literature, particularly poetry, and shared her husband’s philanthropic views. The Woolcock home, Halwyn House at Red Hill, was always open to guests and family, and Ida demonstrated her ever-present generosity by bequeathing thousands of books to The University of Queensland’s central library, thus creating the Woolcock Collection.

During the stewardship of former Principal, Mrs Judith Hancock, the award criteria shifted from the sole discretion of the Principal to the result of the students’ vote, with only Year 11 and 12 voting. This placed substantial responsibility on the students. To ensure students were well versed in the criteria for the cup, senior staff members outlined the history and importance of this prize in Year 11 and 12 level assemblies. To many, the Ida  Woolcock Challenge Cup was one of the School’s three most important awards; the other two awards being the Lady Lilley Gold Medal for Dux of the School, and the Munro Cup for the student who has proven herself best in work, sport, and public spirit.

Of the 99 recipients, 58 have been Head Girls. It comes as no surprise that a Head Girl would be seen as the most public-spirited student in any one year.

For Lili Wackwitz (Head Girl, 2016), receiving this trophy confirmed her hope that she had executed her role to the best of her ability.

‘Receiving the Ida Woolcock Challenge Cup meant that my leadership was welcomed and appreciated by my peers. It also meant that I had made a positive impact on the Year 11 and 12 cohorts which was very important to me. I was incredibly proud to have my commitment to the School recognised,’ she said.

Other recipients included students who served the School, often in the capacity of House captains, Service captains, environmental advocates or girls who had a strong commitment to Girls Grammar and the wider community. One such student was Chloe Yap (2013). In her words, receiving the Ida Woolcock Challenge Cup was ‘one of the most profoundly humbling experiences of my life.’

The Ida Woolcock Challenge Cup holds a particularly significant place at Girls Grammar. It recognises what a Grammar girl aspires to be, underpins our guiding principles and celebrates our capacity to serve. 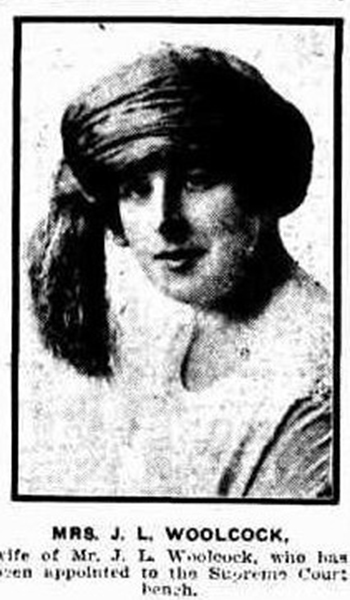