Established by Sir Charles Lilley in 1882, the Lady Lilley Gold Medal for Dux of the School is the most prestigious prize awarded at Girls Grammar’s Annual Speech Day and Distribution of Prizes. Sir Charles Lilley chose to replicate the design of the Brisbane Grammar School medal: a depiction of Clio, Muse of History, on one side; and a laurel wreath with the winner’s name and date engraved on the other. It is interesting that it was a female deity chosen, but a choice that was most appropriate for the girls who were to receive this award over the ensuing years.

Sir Charles set out the original criteria for awarding the medal: ‘Form V girls who have been at the School not less than three years and is to be awarded to the girl who gains the highest aggregate of class and examination marks provided that she has not previously won the medal and has obtained at least one first class pass at the school examinations in each of the following subjects: English; Latin or German; French; Mathematics; and Natural Science’. The specifying of subjects limited the awarding of this medal and the honour board in the Main Building that lists recipients’ names reveals the years that no student, no matter how able, was eligible.

It was not until 1966 when Head Mistress, Mrs Louise McDonald, reported to the Board outlining dramatic changes in curriculum that resulted in problems with Sir Charles’s original criteria for the Lady Lilley Gold Medal. She proposed that the medal ‘be awarded to the best girl in Form VI, irrespective of what side she is on, Arts or Science’. Mrs McDonald also pointed out that, by the mid-1960s, fewer girls were taking the language subjects that made them eligible for the medal and, for the 10-year period from 1958 to 1968, the medal was only awarded five times. It took two years to decide but, in 1968, the medal was presented to the Year 12 Dux.

This has been the case ever since. The Lady Lilley Gold Medal is the final prize presented at the Annual Speech Day and Distribution of Prizes and the recipient is duly celebrated by the whole School community. That solid, and surprisingly heavy, gold medal in its special box is carried down the stairs and treasured by its recipient and her family. As a special honour, the name of each winner is recorded, appropriately in gold letters, on the board in the Annie Mackay Room as inspiration for the generations of Grammar girls to come. 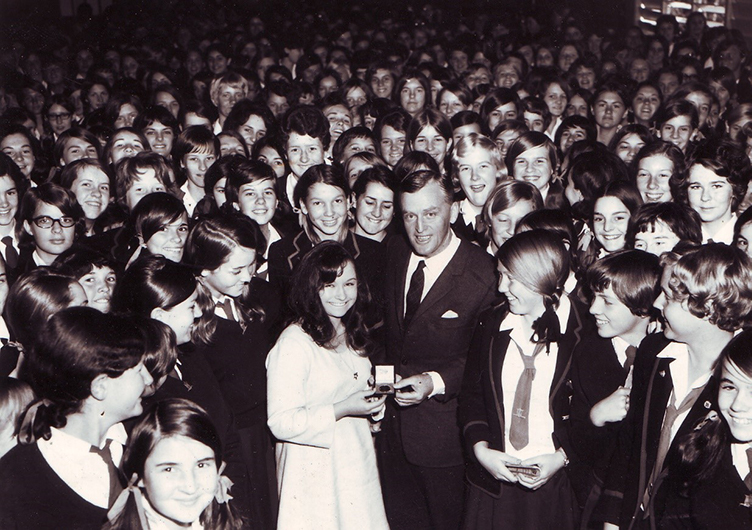 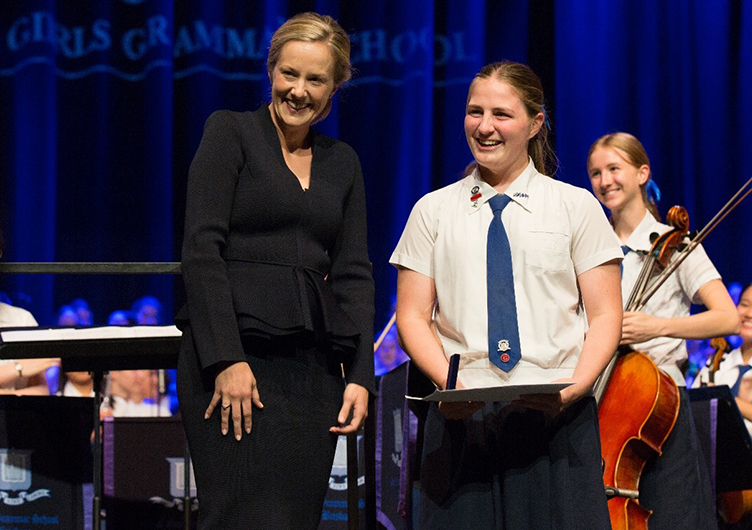 The 2019 Lady Lilley Gold Medalist, Claire Fidler (2019) with Chair of the Board of Trustees, Ms Julie McKay. 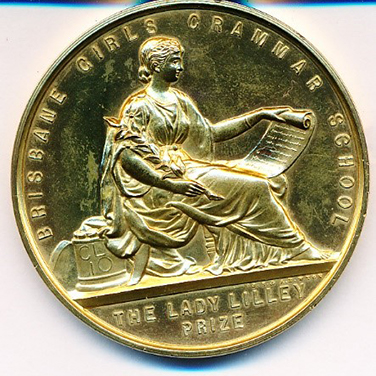 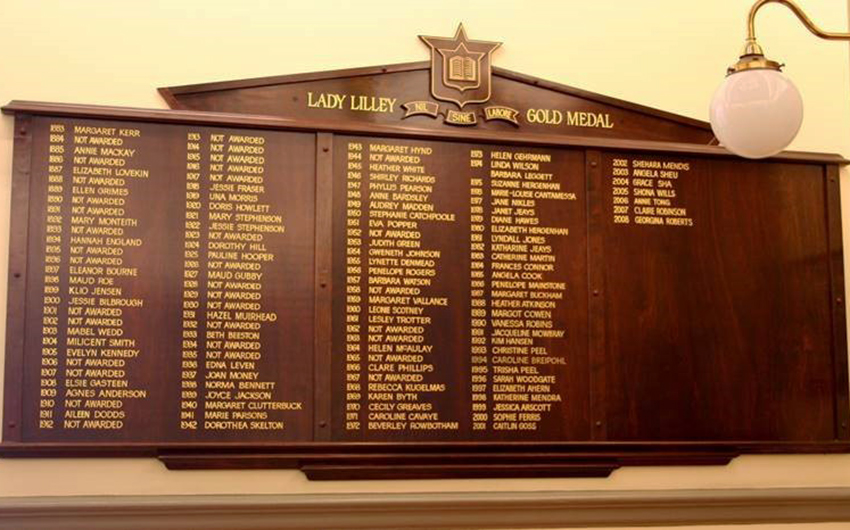 The Lady Lilley Gold Medal board in the Annie Mackay Room