The Girls Grammar Interact Club’s Presidential Gold History Necklace, framed and displayed in the Elizabeth Jameson Research Learning Centre, is an icon of traditions past when dignitaries and elected leaders wore ceremonial chains and robes on formal occasions. Like the Brisbane Lord Mayor’s ceremonial chains, which carry the names of every Brisbane mayor dating back to the 1800s, the Presidential Gold History Necklace is an historic object that captures Girls Grammar’s commitment to service. Every badge is a reminder of a rich history of community spirit, initiative and social conscience. 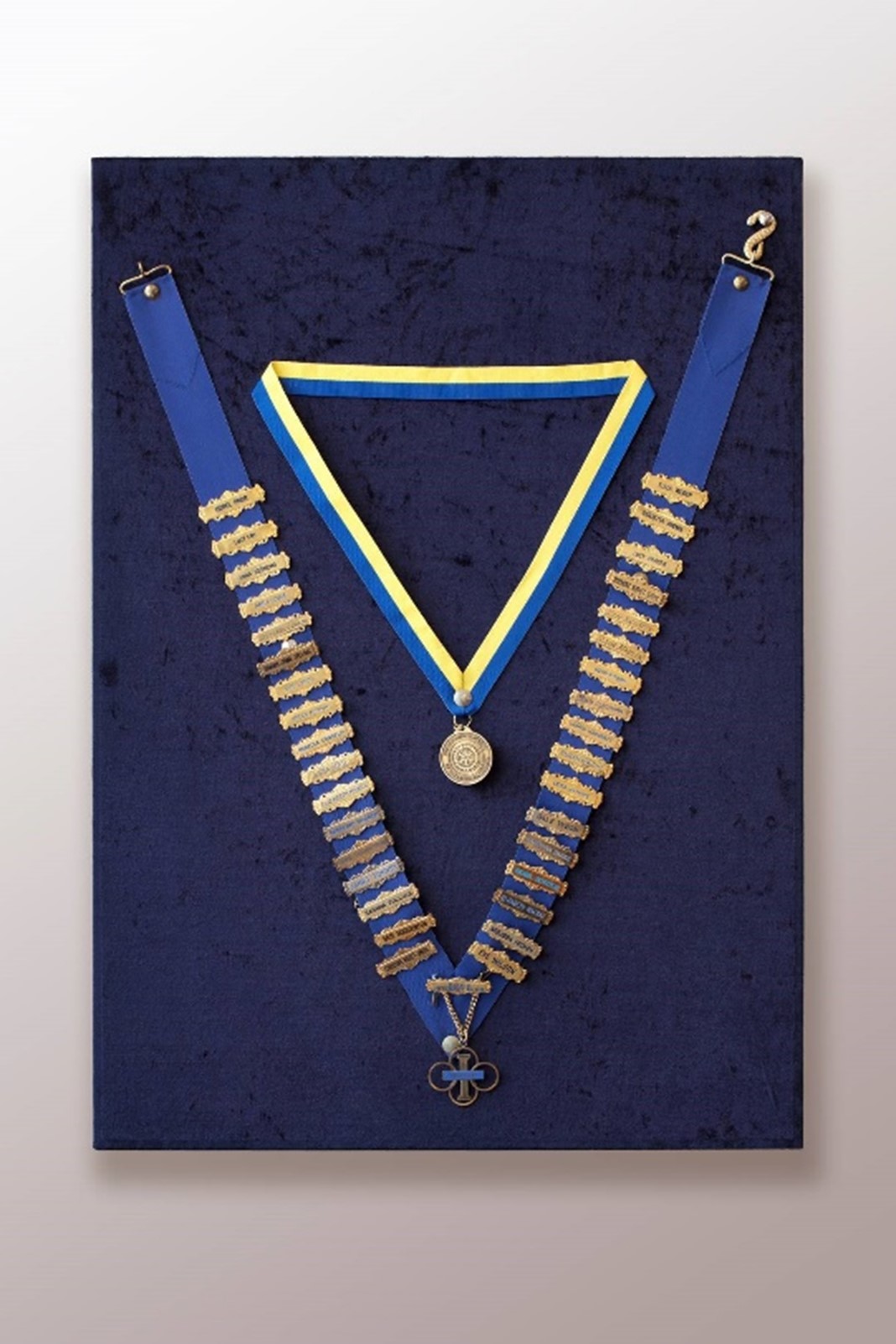 Interact or ‘International Action’— a 1960s’ initiative of Rotary International—sought to offer an opportunity for young people to be involved in service in their communities. The first Interact Club to be formed in Rotary District 9600 was that of Brisbane Grammar School in 1964, sponsored by the Windsor Rotary Club. In 1970, the Windsor Club chartered the Brisbane Girls Grammar School Interact Club, which quickly became one of the most committed Clubs within the District (Magarry, 2002). The BGGS Interact President became an esteemed leadership role and early presidents were members of the Student Council.

‘Service above Self’ was the motivating motto for Rotary International and thus for the Brisbane Girls Grammar School Interact Club (1970 – 2018). The first report of the Club’s activities appeared in the 1972 School Magazine; membership was open to all IV and V Form students, with Barbara Durie the first Club president. In the early years, the commitment to community service was paramount, particularly evident in the Club’s work at Xavier Home, Montrose Home, and with the Sporting Wheelies.

Interact members of the 1970s and 80s were dedicated environmentalists, and participated in tree planting days, recycling school waste and Keep Australia Beautiful. In 1979, the two clubs (BGGS and BGS) created a park on the site of what is now the RLC Forecourt, to further enhance the green space of the campuses (Pollock, 1974) (Hawes, 1979).

In her occasional address at the Interact 40 Year Anniversary dinner, Sarah-Jane St-Clair (1995 president) recalled a disastrous charity concert, ‘Acts on Show’, where the Grammar girls arrived for a night of revelling to music, dance and theatre sports, while the BGS boys had invited their grandparents for a ‘school’ concert! (St-Clair, 2010)
Interact supported Rotary programs such as: Interplast and ROMAC; ‘Donations in Kind’, by donating books, food, and clothing to overseas Rotary projects; and the Rotary ShelterBox—President, Anna Redmond and club members actually pitched a tent at a School assembly and unpacked a ShelterBox to demonstrate the merits of the cause (Redmond, 2007).

At its peak in 2001, more than 200 students signed up to become members of the Club (Brimson, 2001). Over time, specific charities previously supported by Interact, gained their own momentum and the service structure changed. The last president on the History Necklace was Isobel Prior, the 2012 president.

Interact’s Presidential Gold History Necklace was mounted in a history box as part of the 40-Year commemorations in 2010. The 2010 president, Giullietta Avenia, and the executive organised a celebration dinner. Many past presidents were reunited with their badges at this highly successful anniversary dinner.

Included in the history box is the lesser known medal and sash: the Paul Harris Fellow medallion. This was presented by Brier Thomas to Interact Coordinator, Ms Rachel Christopherson, at a School assembly in 2010, in recognition of her contribution to the development of the Club (Avenia, 2010). When Ms Christopherson began as the Coordinator in 2007, the History Chain was still kept in its Proud’s Jewellers box. Now, the Presidential Gold History Necklace and Paul Harris Fellow medallion are proudly displayed in the Beanland Memorial Library for all to appreciate and represent Grammar’s tradition of service. 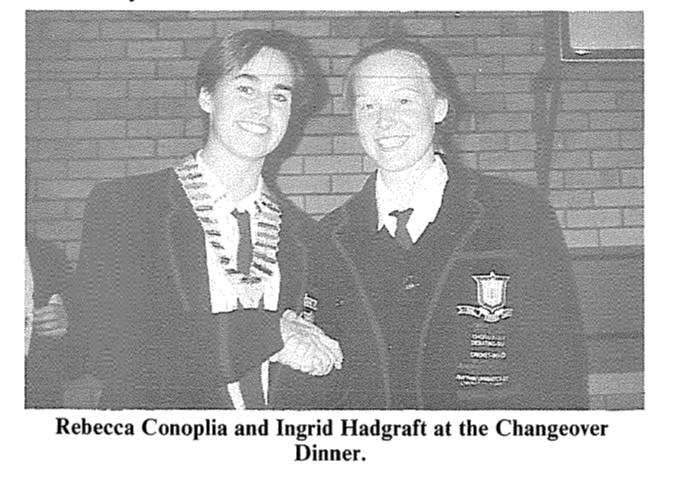 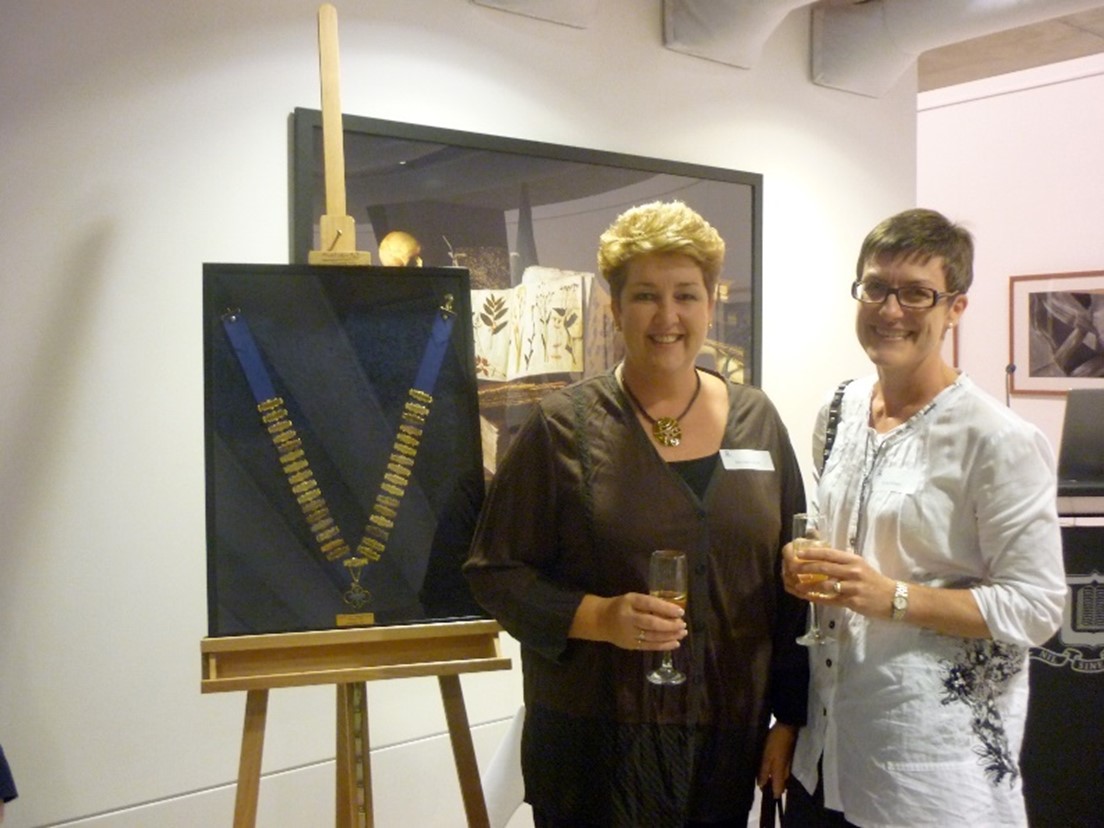 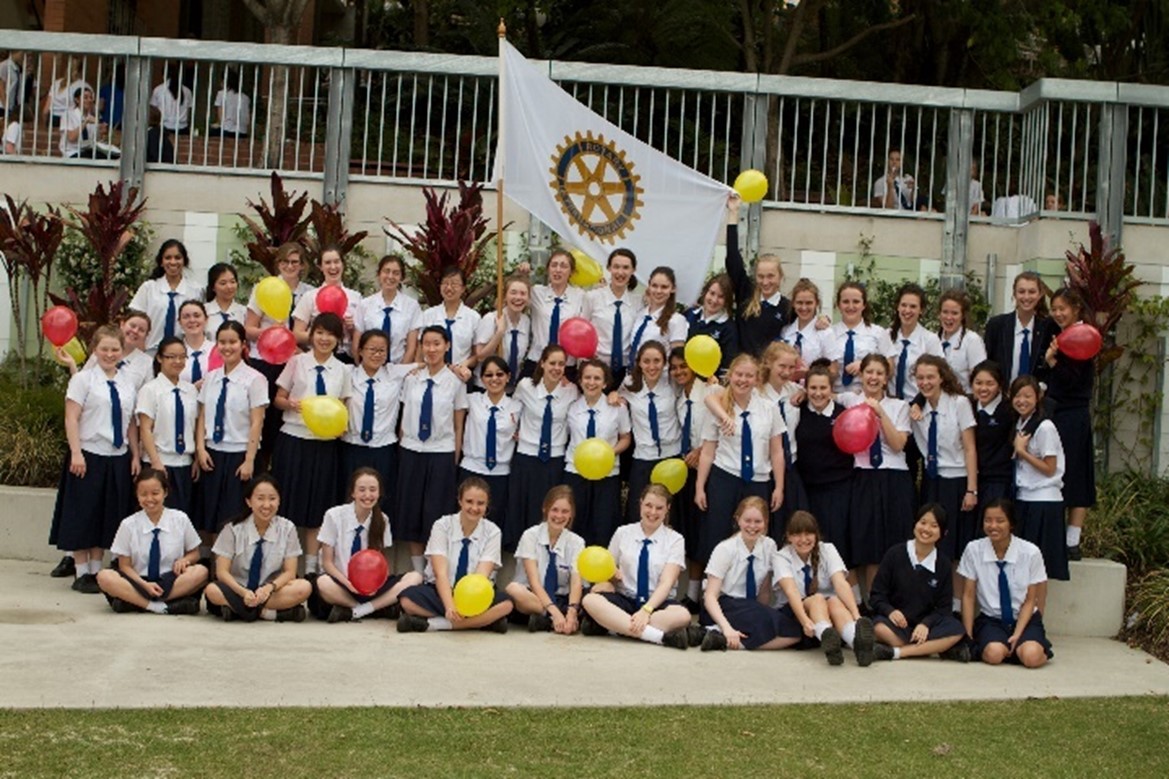 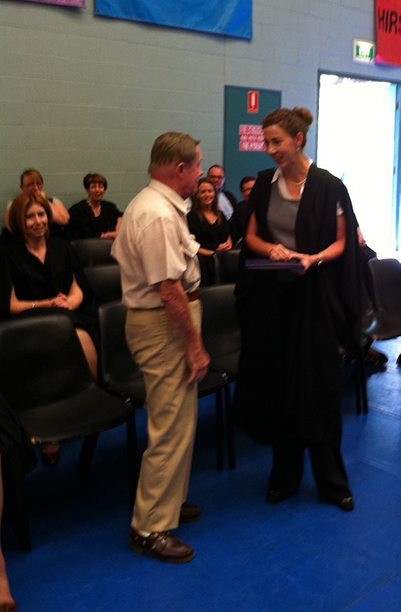 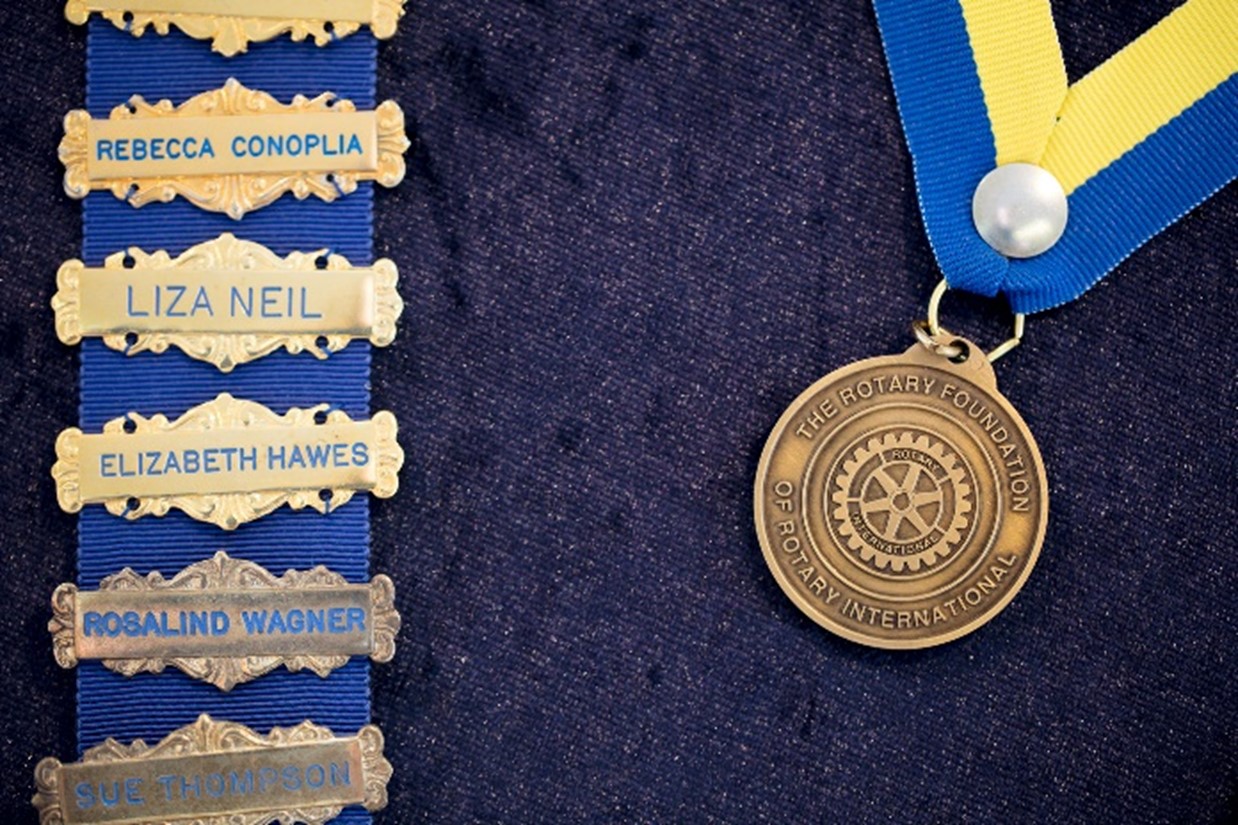