The Sports Brooch is the most prestigious sporting award at Girls Grammar and was designed and anonymously donated to the School in 1917.

The award was first presented as the ‘best all round sport’ and the criterion specified that the recipient must have represented the School in three sports at the highest level. A school competition was conducted to design the brooch. Dorothea Stephens (1918), won this competition from a field of 10 other entries. Her art deco design comprised a circular centre of royal blue enamel with BGGS gold lettering and gold wings extending out each side to points in 9ct gold. This stylish design prevailed until 1971.

When Professor Dorothy Hill’s Sports Brooch was donated to the School in 1999, it was discovered that the design had changed to a sterling silver bar brooch. As Director of Health, Physical Education and Sport, I approached former Principal, Mrs Judith Hancock, to ask to have the original design reinstated, and research was conducted to discover the reason for the change in design and when this change occurred. 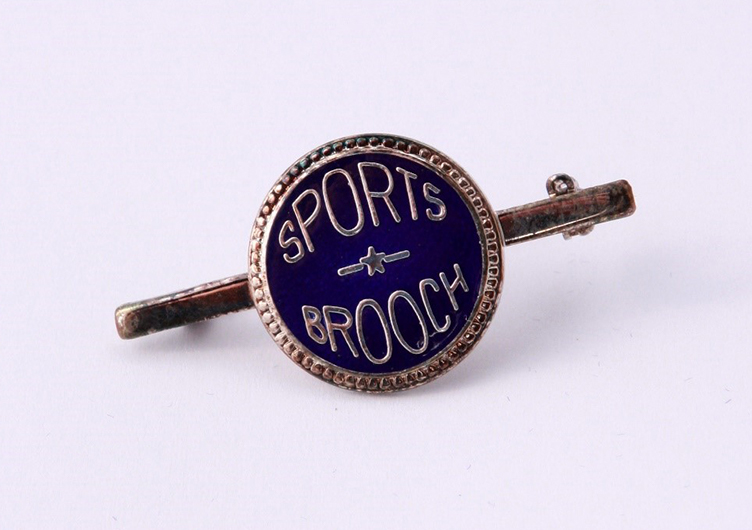 The research was unsuccessful in determining the reasons for the change. However, the original design was reinstated with Carly Cronin (1999) receiving the newly minted, original designed Sports Brooch in 1999.

During the brooch’s extensive history, other significant moments have occurred. The first mother–daughter recipients was one such milestone. Diane Allman Potter (1966) received her brooch in 1965 and her daughter, Bridie Potter (1994), was the recipient in 1994. The household then had an example of both styles of the brooch, but the significance of the award was still the same, regarded as a very special honour by this mother and daughter.

Another noteworthy milestone was the awarding of the brooch to a student for three consecutive years. In 1987, Kirsten Moore Waterman (1989) first received the Sports Brooch as a Year 10 student. She believes that winning the brooch three times made it more special with each year helping her appreciate the significance of the award and reinforcing the importance of diversity in skill sets as well as leadership and excellence. For her, these elements capture the Grammar traditions and culture.