This year, BGGS celebrates the 85th anniversary of its distinguished Trustees Cup. The trophy is the School’s oldest individual athletics prize and was donated in 1935 by the Trustees on the occasion of its Jubilee year. This beautiful, hallmarked, sterling silver trophy was awarded to the individual athlete who gained the most points representing the School in the Inter-Schools’ Athletics Competition.

In the words of Miss Kathleen Lilley, Headmistress at the time:

At the Inter-Schools’ Athletic Competition, in September, the School won the Association Pennant, the Senior Cup, the Junior Cup, and the Stephens Cup, the last two for the second time in succession. On account of the very good standard of sport shown during the competition, the Board of Trustees has donated a silver cup, to be won each year by the champion athlete, and our sincere thanks are due to our Trustees for this generous encouragement (1935 BGGS Annual Report, p. 3).

The Trustees minutes of 27 September 1935 also shed more light on its inception:

Athletic Sports were successful. Mr Crouch was present. He reports that the Girls’ Grammar School had nearly as many points as all the other Schools put together. He considers that remarkable. The Sports’ Mistress and the School to be congratulated. Miss Lilley asks for a whole holiday for picnic purposes because of this success. Approved. Mr Crouch suggests that to commemorate this achievement the Trustees present a cup for competition for best athlete. To be left in the hands of the Head Mistress, Sports Mistress and Mr Evans to go into the matter of rules etc (Trustees Minutes, 27 September, 1935).

(Mr Edward Robert Couch was a member of the Board of Trustees and Mr William T. Evans was the Treasurer of the Board. Miss Kathleen A. Wand was the Sports Mistress at the time.) 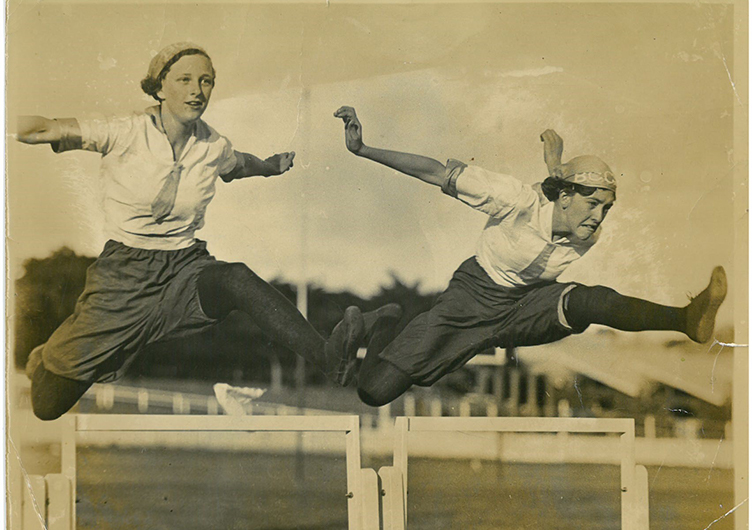 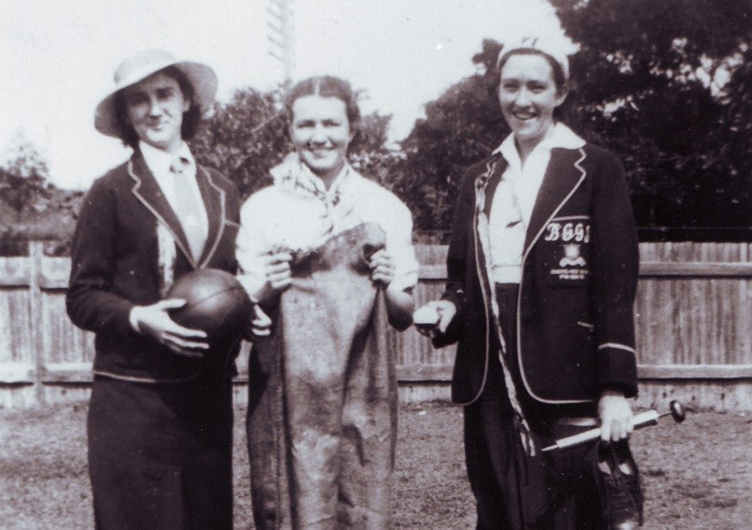 The first recipient of this trophy was Gladys Gray (1935). Gladys was an impressive academic student, as well as an outstanding athlete. As captain of the athletics team in 1934 and 1935, she led by example and in 1935 placed first in the hurdles, breaking her own record from 1933, third in 100-yards sprint and was a member of the winning 440-yards relay team.

Over its 85-year history, only two students have won the trophy in every year of their attendance. These outstanding athletes are Commonwealth Games sprinter and hurdler, the late Brenda Cox (1961), and Kate Leitch (2004).

Kate Leitch (2004), the only athlete to win the cup five times and the 2004 Athletics Captain, said:

This award meant a lot to me at school. QGSSSA Athletics was always the highlight of my school year. It was wonderful to have my achievements recognised as significant enough to be honoured at Speech Day. Winning all my individual events, our age group, and overall points score at QGSSSA athletics, when I was athletics captain, was definitely the highlight of my life at that point in time. 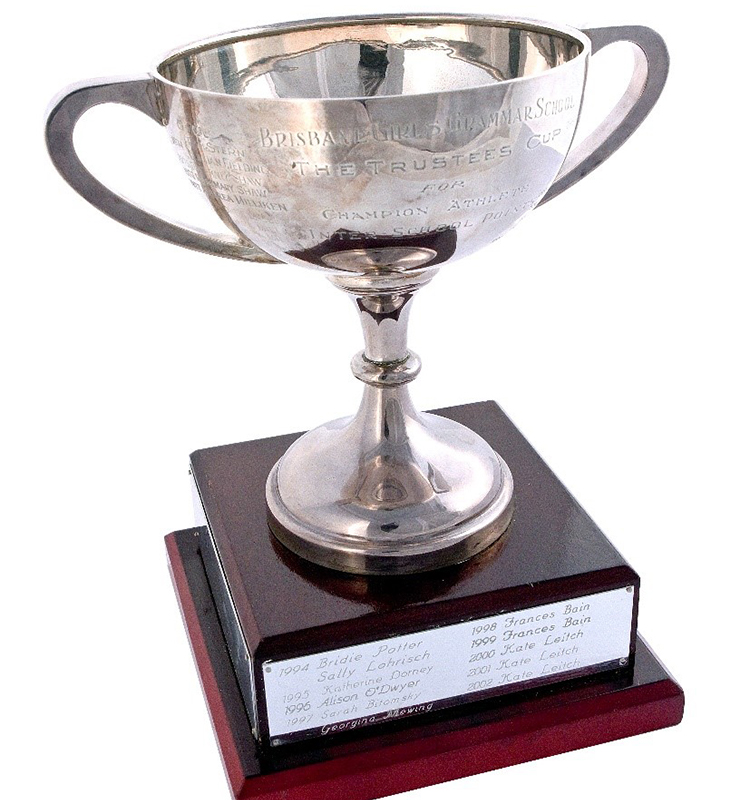