Who was Beris and why the outdoors? The Beris Korotcoff Outdoor Education Memorial Prize

The Final Assembly and Prizegiving is one of the premier occasions of the Girls Grammar year. The School community comes together to celebrate the diverse abilities and achievements of its students. The official program is a crucial part of this event and, in a School with almost 150 years of history, not only are current girls acknowledged, but past members of the School community are also remembered. This is true of Beris Korotkoff.

The prize list notes that the Beris Korotkoff Memorial Prize is ‘awarded to a girl in Year 11 or 12 for leadership in Outdoor Education pursuits. The trophy was donated in memory of Beris by her 1976 classmates’. Beris died in a car accident in 1989 at the age of 30. This wording comes from a letter sent to Elizabeth Datson, one of the students who proposed and donated the trophy, and explains that the recipient would be decided upon after consultation with the Directors of Health and Physical Education and Outdoor Education.

The 32 recipients of this memorial award (from 1989 to 2022, with 1993 being a non-award year) are presented with a cup on which is engraved the year and their name. This is permanently displayed in the cabinets of the McCrae Grassie Centre. The awardees also receive an engraved goblet as a personal memento.

The description of the prize provides important but limited information, so it raises some very interesting questions about Beris Korotkoff, her time at the School, and why her fellow students, Elizabeth Datson, Daniela Gerber, and Julie Kinross, felt it important to remember her with a prize at her old School, and one in outdoor pursuits.

Beris Korotcoff attended Girls Grammar from 1972 to 1976. She was academically gifted, and throughout her five years at the School, consistently achieved at a very high level. She was a natural leader and an active and involved all-rounder who was not afraid to embrace the challenging and the unexpected. In Year 12, she achieved what was then the top Tertiary Entrance score of 990. The following year, Beris embarked on a course in Chemical Engineering at The University of Queensland. Her sister, Narelle Rendalls (Korotkoff, 1969), explained that ‘Beris worked for Australian Synthetic Rubber(ASR), a division of Exxon, in Altona, from graduation until she became a senior chemical engineer. I believe that she was their first female chemical engineer and, as such, was often shown in their graduate advertising programs’. (Email, 31/10/22) 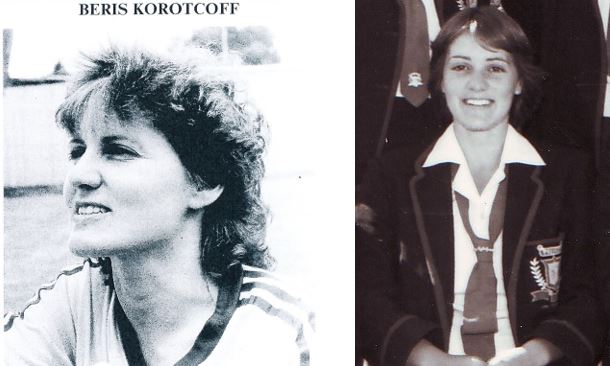 Former Directors of Marrapatta, Ms Carol and Mr James McIntosh, described the qualities of girls who have received this trophy during their 19 years of tenure. They saw these girls as ones ‘who consciously sought opportunities to involve themselves in the outdoors above and beyond the compulsory outdoor program’. These students would often volunteer to be camp seniors, become members of the Duke of Edinburgh Award Scheme, or even embark on Antipodean adventures. They displayed ‘leadership, initiative, willingness to give things a go, self-motivation, self-confidence, and a sincere concern for nature and natural spaces’. However, such girls are not only all about the solo outdoor pursuits. They also interacted positively with other students. They were positive ‘contributors to the experience; they demonstrated initiative and willingness to get things done; help others … often, they were good at conversing with a wide range of people and, by doing this, included, involved, and encouraged others. They also showed adventurous spirit by happily being involved with outdoor activities (rain, hail, or sunshine and when the going was tough or dirty). By doing this they lead by example and influenced others’. (Email, 24/10/22)

Many students who were awarded the Beris Korotkoff trophy did not know of this award before their prize was announced. This was so for Ruth Schulz, the winner in 1997. Ruth was a student who loved her time outdoors and especially at Marrapatta. She remembers:

‘feeling particularly useful to my group being able to navigate to our campsites, enjoying being out in the bush, and watching for shooting stars at night. However, I also remember being frustrated that the maps were not as detailed as I was used to with orienteering, being terrible at cooking dinners, and getting lost when I let others help out with navigation. Still, I made sure I went there as often as possible during my time at School, including all of my own School camps, helping out as a camp senior, and also going there for a Duke of Edinburgh Award hike’. (Email, 24/10/22)

Ruth Schulz (1997) with the perpetual trophy and her goblet

Ruth’s email also detailed that she was an orienteerer. She explains how she continued with this sport after School, ‘including competing in the Australian team at the Junior World Orienteering Championships in 2000. These days, my parents and my brother’s family still orienteer, but I have not been to any events since moving to California three years ago’, where she lives with her family and works as a software engineer at Google. Ruth still has her goblet but she says it is ‘looking much less shiny than when I first received it’.

The 2021 and 2022 recipient of the Beris Korotcoff Memorial Prize is Isabel Shorrock-Browne (12R), the first student to win this prize twice. Isabel has contributed to Girls Grammar’s Outdoor Education Program as a Camp Senior, has shown her commitment to the outdoor environment in her involvement with Grammar Goes Green, and has been an excellent role model and contributor to all the outdoor activities in which she has been involved. Isabel also accepted the challenges offered by the Duke of Edinburgh Award Scheme. She has completed both her Bronze and Silver levels and has embarked on Gold.

Why is this prize significant? Firstly, it showcases the importance of Outdoor Education and the opportunities it presents to every student; secondly, it declares that Girls Grammar aims to educate beyond the purely academic. According to the McIntoshes, Outdoor Education also captures the idea of looking beyond self—‘of contributing confidently to the world … (and) being curious, being generous, being adventurous’.

Outdoor Education is not only about the outdoors. Both Mr and Ms McIntosh and the current Director of Marrapatta, Ms Kim Wood, emphasise that the winners of this prize are honoured for their self-awareness, empathy, and collaboration. Ms Wood describes these girls as ‘trusting, kind, and respectful’ and that they ‘walk alongside others no matter what their differences’. What marvellous criteria for a world citizen of the future. However, perhaps it is only appropriate that the final words come from a winner of this award. Ruth Schulz (1997) expresses a key characteristic of those who have won this trophy: ‘When I received the prize, it felt nice to be recognized for something that I simply loved doing’. 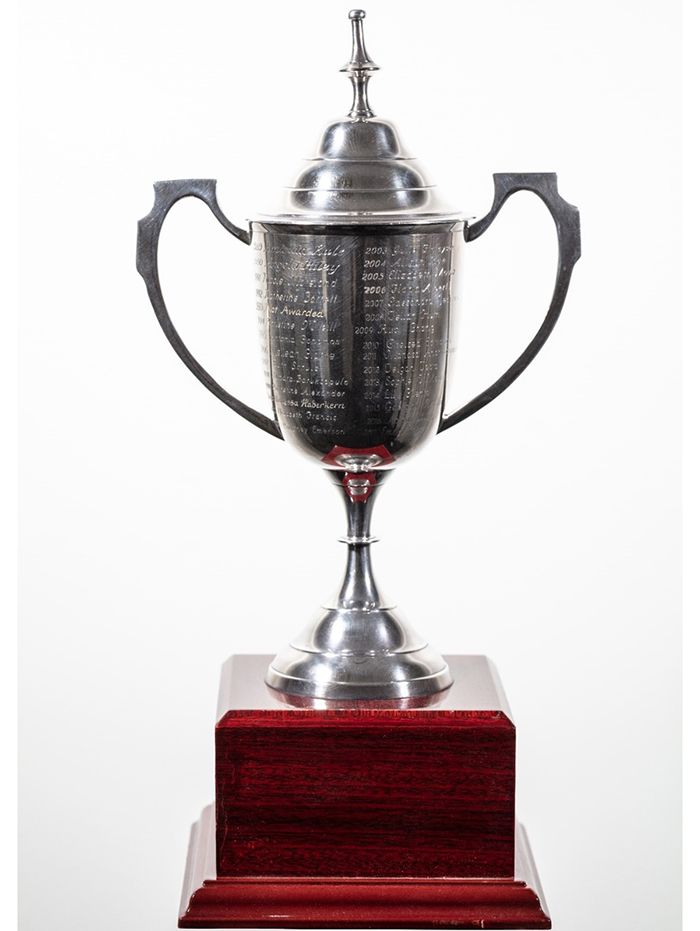 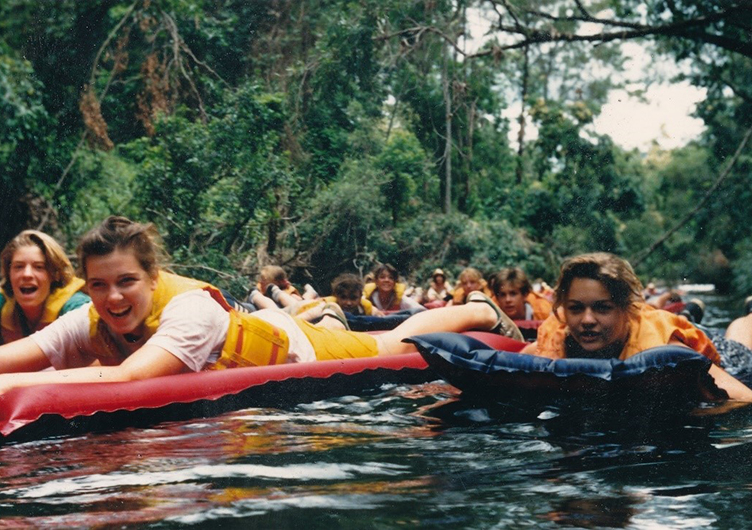