‘In a community where music is so highly regarded, being a four-time recipient of the Wight Memorial Medal is an incredible honour and privilege. The prize is a true reflection of the dedication and commitment that girls have towards music, and being recognised for my efforts inspires me to continue to share my playing with audiences.’ – Sophie Shan (11E)

In February 1890, Anne (Annie) Wight and her sister Isabel (Betty) boarded the RMS Quetta bound for England. Annie had concluded her music teaching position at the School in 1889 and was heading to Germany to further her studies in pianoforte. On the evening of February 28, The Quetta struck an uncharted reef in the Torres Strait and sank, claiming the lives of the two Wight sisters. In a book titled The Quetta, written by John Foley in 1990, it was noted that a concert rehearsal was happening in the music room when the ship struck the reef.

The Wight Memorial Medal was established by Miss Amy Barrington who was a teacher at BGGS at the time. Along with the support of past student Ethel Lilley and current students Sybil Lilley and Helen (Nellie) Griffith, and piano teacher Henrietta Gilder, they raised funds from fellow teachers at the School to establish the Wight Memorial Fund.

Competing for the Wight Memorial Medal each year not only gave me a good reason to practice, but also provided a platform for pianists to showcase their skills in one of the most friendly and supportive environments in which I have performed. – Tokiwa Onoda (2016) 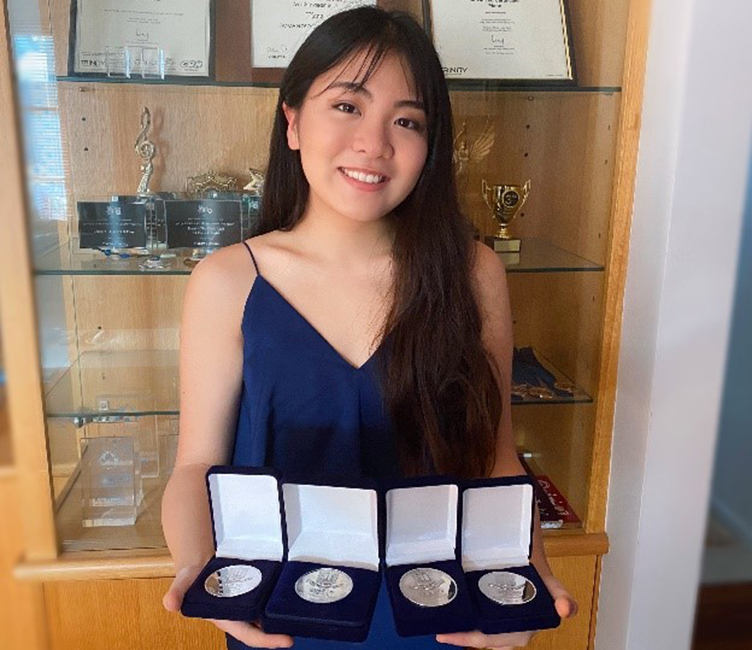 I would go as far to say that winning the Wight Memorial Medal in Year 9 was a significant turning point in my musical career. It inspired me to keep striving and I won the Wight Memorial Medal again in my final year of school. Having come full circle, I am now teaching piano and accompanying at BGGS, and I hope to inspire the next generation of pianists at the same place that instilled in me my love of music. – Cara Tran (2010)

Solo piano as a very individualistic pursuit can be quite isolating, but being able to perform for others and be awarded the Wight Memorial Medal brought me much happiness and a real sense of achievement. Perhaps this is the same feeling playing piano brought for the Wight sisters, and that those who chose to honour them with this medal hoped its awarding would bring to its winners.