These brave words were uttered by 14-year-old Grammar girl, Sarah Estwick (1999). I can remember standing in the McCrae Grassie Sports Centre foyer when she made this statement. It struck me at that moment how determined Sarah was and how important a tangible reminder of athletic excellence and endeavour is in the Girls Grammar sporting landscape.

In 1980, the Head of the School’s Health, Physical Education and Sport Faculty, Mr Max Emery, was curious to know why the School did not have an honour board for its most outstanding athletes. He suggested we needed a board in the School auditorium for this purpose. It was left to me, as the incoming Head of Faculty, to gain permission from the Principal, Mrs Judith Hancock, source a design for the board, and establish the criteria for it to come to fruition.

With the Principal’s approval in 1982, a design was commissioned from Lindsay Colwill, husband of Girls Grammar Visual Art staff member, Jacqueline Colwill, criteria established, and research into prospective recipients begun.

The criteria stipulated that the board would be divided in half with the left-hand side dedicated to the Sports Brooch recipients and the right-hand side listing the Grammar women who represented Australia. The criteria for the Sports Brooch had been in place since 1917 when the first Sports Brooch was awarded to Essie Wilson. All recipients appearing on the honour board have represented the School in at least three Open or A Division sports, and have been included in the annual prize lists.

The criteria for the Australian representative section of the board specified that Grammar women who represented Australia in senior teams (as opposed to schoolgirl or underage national teams), and had therefore attained the pinnacle of sporting excellence.

In 1983, the finished product was unveiled in the School’s auditorium at the first semester sports presentation by the oldest living Sports Brooch recipient of the time, Miss Jessie Stephenson (1922). Jessie Stephenson (1914-1922) was an outstanding student, who won several awards: the Sports Brooch in 1921, with swimming as her forte; the Lady Lilley Gold Medal for Dux in 1922; and a University scholarship. She also demonstrated her leadership skills as Head Girl. She graduated from The University of Queensland with a Bachelor of Arts degree, taught briefly at BGGS in 1927, and after more study, became an accountant while holding several important executive positions within the Old Girls Association. It was most appropriate that Jessie be given the honour of unveiling the Sports Honour Board with these amazing Girls Grammar credentials.

Did that ambitious athlete manage to achieve her goal of being on the Honour board? In 1998, as a Year 11 student, Sarah Estwick successfully applied for the Sports Brooch having represented the School in four sports: swimming, water polo, netball, and athletics. The following year, Sarah continued her athletic pursuits, captaining water polo and netball and, upon leaving school, became an accountant. Jessie Stephenson would have heartily approved! 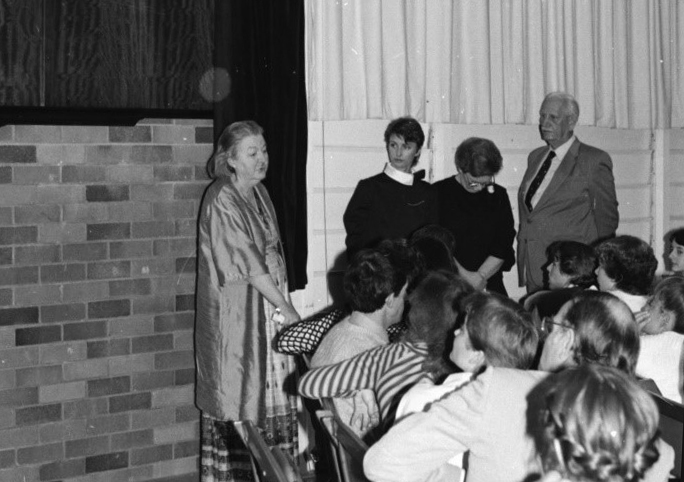 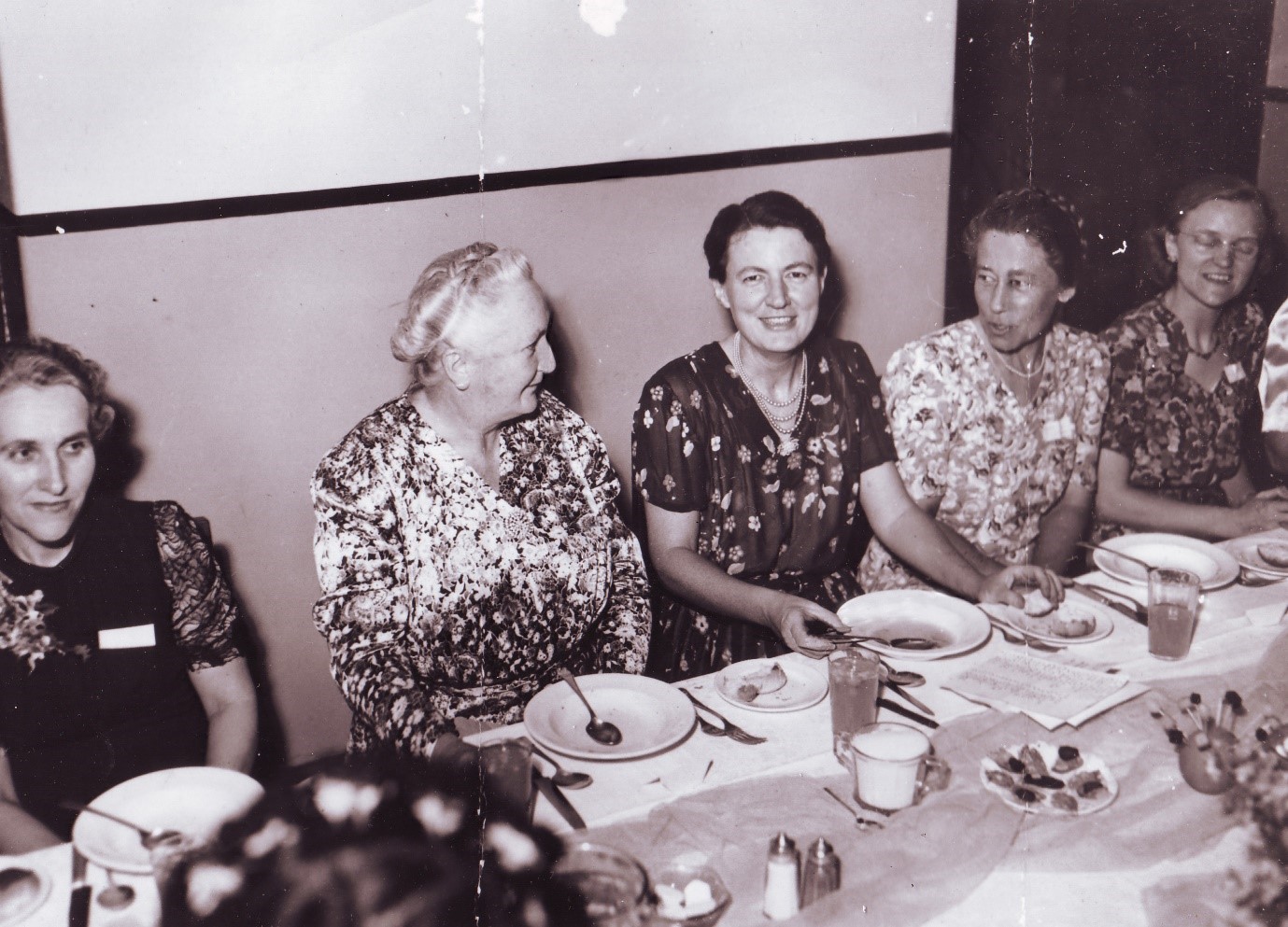 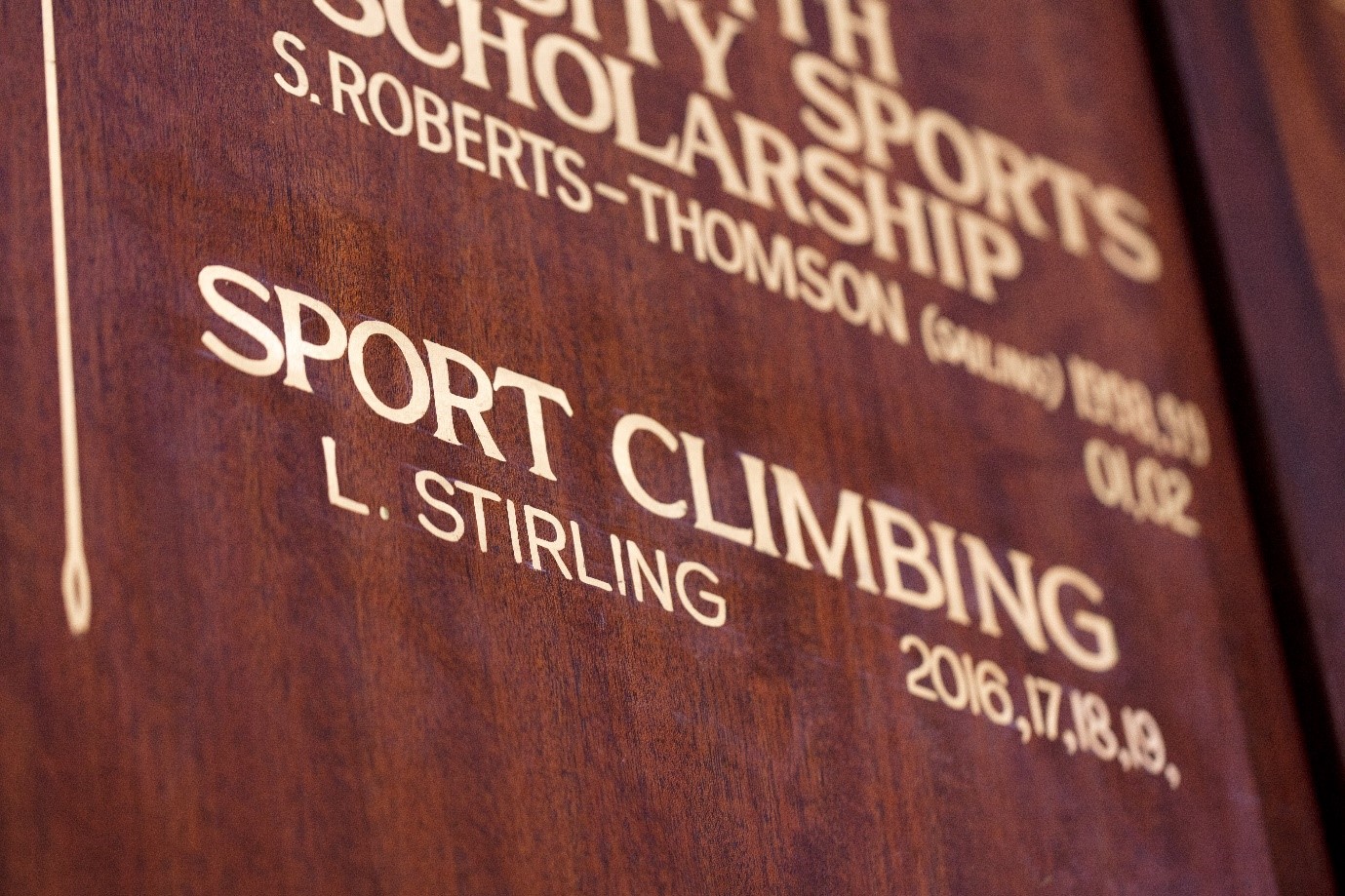 2020 Sports Honour Board and Olympic and Commonwealth Games memorabilia