A team of four Brisbane Girls Grammar School students recently participated in the 2022 Queensland Inter-School Girls Chess State Championships held at Calamvale Community College. Aurora Lin (7B), Emily Kua (9G), Karin Sagara (7R), and Rachel Watkins (12R) each battled against some very tough opponents from nine other schools across seven rounds of chess. It was an all-day event, and games included a chess clock, with a time control of 15 minutes.

The day was a great success, with the BGGS team scoring third place overall on 19/28—just one point behind the winning team!

There were also several excellent individual achievements. There was a four-way tie for first place on 6/7 points (including Rachel and Karin), so a countback was required, where the difficulty of opponents played was evaluated. This resulted in Karin, who defeated the three top-rated players of the tournament with some very high-quality chess, being awarded first place. This is an incredible achievement, particularly for a Year 7 student! Aurora and Emily also played very well against high-rated players, scoring three and four points respectively. The BGGS Chess team is to be commended on their achievements on the day. 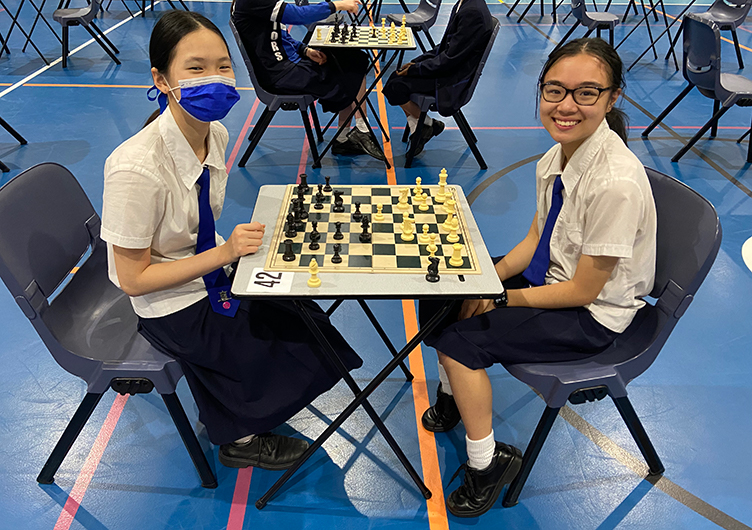