The Queensland Debating Union (QDU) season has been a very long one for the 19 BGGS registered teams. Debates have been held every three weeks since late February, with 12 teams being invited at the end of June to continue into the Final Series of six debates.

Their campaign culminated on Wednesday night in a very exciting set of Semi-Final debates involving three of the BGGS teams. Two Year 10 teams, the 10.1 team, and the 10.3 team, battled it out for over an hour to determine who would progress to the QDU Grand Final. The adjudicators took 15 minutes to ultimately produce a ‘split’ decision outcome. It was clearly a very close debate.

The 12.1 team emerged victorious having successfully argued that ‘we should NOT banish the Senate’, a challenging short preparation topic for anyone to manage.

Both teams are now preparing for the Grand Final to be held next Wednesday 24 August. The teams debating are: 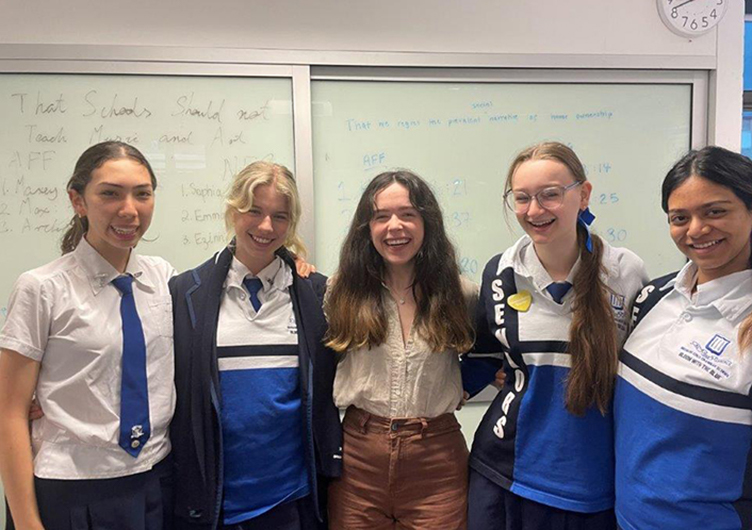 We would also like to congratulate the 10.3 team on the memorable challenge they offered to the 10.1 team at a very demanding stage of the competition. These debaters were:

We wish both the 10.1 and the 12.1 teams the very best and hope they will have some keen supporters to add to the atmosphere of the evening.