On Wednesday night, two Girls Grammar Debating teams brought all their experience from the past seven months of preparation to the QDU Competition Grand Final.

The 10.1 team, comprising Jasmin Burgess (10E), Lucia Butler (9O), Saigon Ngo (10M), Isobel Payman (10M), and Dorothy Rae (10G), debated with the All Hallows’ School 10.1 team ‘that we should ban televising criminal trials’, with our team taking the negative side of the case. Ultimately, the BGGS debaters emerged as unanimous winners. There was a considerable amount of excited cheering from the Grammar girls who had come along to support a very high-calibre debate. 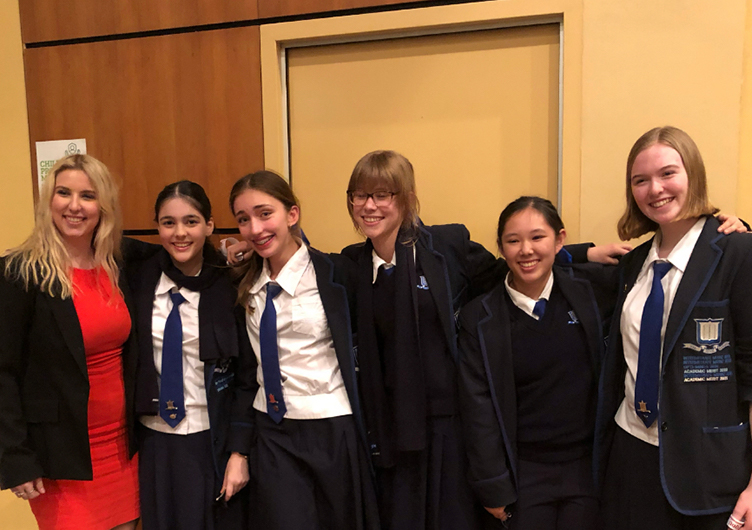 The 12.1 team of Tia Fitzpatrick (12M), Scarlett Glodic (12W), Fareeha Qureshi (12W), and Abigail Woodcock (12W), faced the team from Kedron State High School and argued ‘that we should introduce a universal basic income’, with the BGGS team taking the negative stance in a hotly contested clash. The Kedron team emerged as winners, but our supporters showed how proud they were of the powerful performance exhibited by the Year 12 Grammar girls. 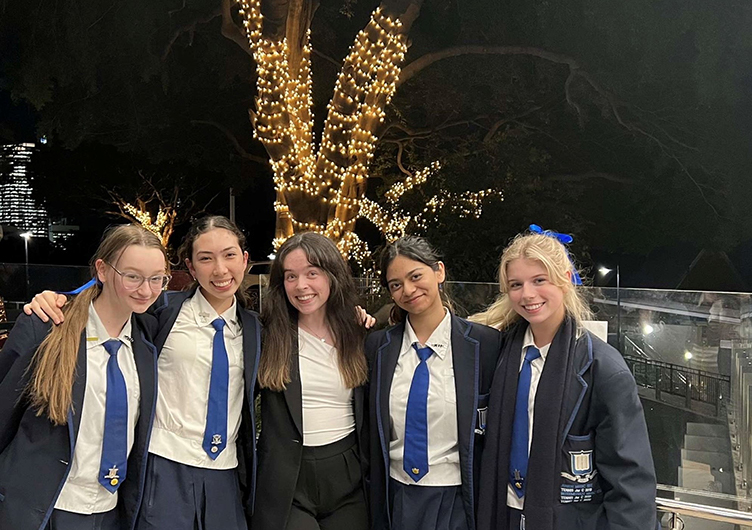 Sadly, on Wednesday night we farewelled Isabel Nolan (2017) as a Debating Coach after five years of working with Girls Grammar debaters. While we wish her all the very best in her future legal career, we will miss her robust and passionate coaching presence greatly. Isabel began her Girls Grammar Debating career with a Grand Final win in Year 8 (2013), going on to a Senior BGDA win (2016, 2017), and a successful role in the Senior A teams of 2016 and 2017.

These successes were accompanied by a team role in the Queensland Schools Debating team (2016) followed by an appointment to the position of Captain of the Schools team in 2017. In that year, Isabel was selected to compete as a member of the Australian team which reached the World Semi-Final phase. Isabel’s Australian representative blazer is on display in the library. After leaving the School to pursue legal studies, Isabel continued Debating and was ranked fifth in the world at the World University competitions.

Despite her busy schedule, Isabel has continuously coached at Girls Grammar since she left school, bringing her distinctive brand of intensively researched and analysed evidence to support every claim she made. Initially, she brought her considerable skill to bear with consecutive Senior A teams, and this year she coached the victorious 10.1 team. We wish her the very best in her future.