For the past two terms, more than 200 debaters from 60 teams in Years 7-12 attending 13 schools in the wider Brisbane area, descended upon Brisbane Girls Grammar School to compete in five rounds of debates in the Brisbane Girls Debating Association (BGDA) Incorporated competition, culminating in Grand Finals for Year 9-12 teams on Monday 30 May. The BGDA initially began between a small number of Brisbane metropolitan schools in 2010 and was formally established in 2012 when the competition expanded to schools throughout Brisbane.

The purpose of the competition is to give young female debaters the opportunity to improve and gain skills in public speaking, leadership, critical analysis, and teamwork in an inclusive and supportive environment. This competition acknowledges the structural difficulties that many female debaters face and hopes to assist their development both within the activity and in their lives more broadly. Each round of the competition is preceded by Year-level specific workshops run by the BGDA Executive and overseen by BGDA President, Ms Emily Leggett.

The BGGS Senior A team, coached by Isabella Busby (2016), and consisting of Scarlet McLellan (12H), Johanna Conomos (12W), Isla Fisher (12L), Isabel Shorrock-Browne (12R), and Sofia Cirino (12O), contested the Grand Final against a strong All Hallows team. There is a healthy rivalry between these two teams, with BGGS defeating All Hallows in the final round of this year’s preliminaries, and both times they met in 2021, including the Grand Final. All winning streaks have to come to an end eventually, and while the BGGS team mounted a strong affirmative case, All Hallows took the Grand Final.

Trophies, shields, and medals were provided by Automotive Solutions Ashgrove, and the competition’s principal sponsors are the Griffith University Law School and O’Neill Estate Agents.

Attention now turns to QDU Finals, which loom on the horizon of Term 3. Out of 19 teams entered in QDU competitions from Years 8-12, 14 look like reaching the knockout finals. In addition, the Year 7 QDU competition begins on Wednesday 15 June and continues through Term 3. 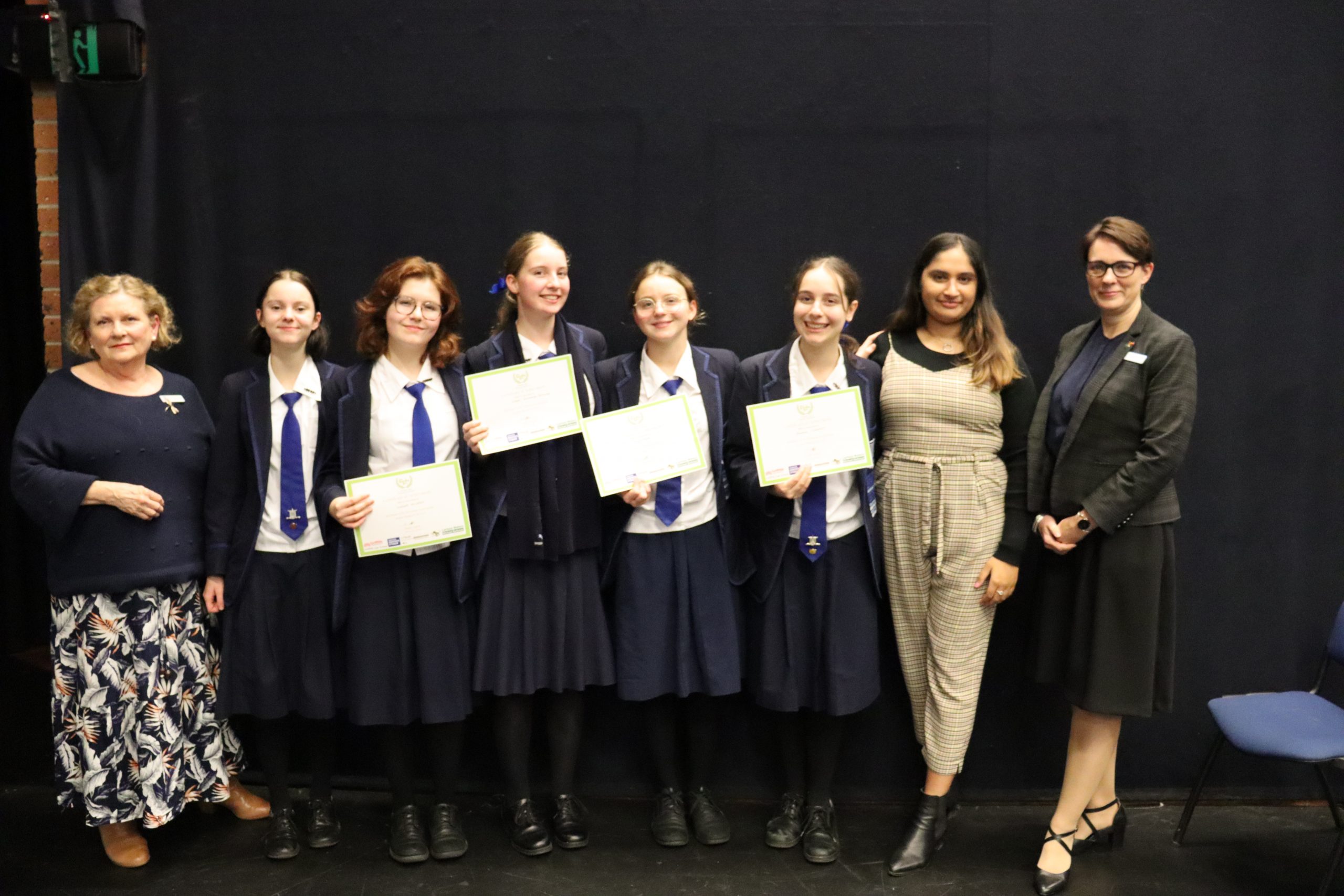