Now that the seven-month QDU season has drawn to a close, sadly, we farewell several coaches who have worked with Girls Grammar debaters for many years. Bella Busby (2016) has been an outstanding coach over the past six years and we will all miss her guidance and experience.

Bella was a skilled and enthusiastic debater throughout her time as a Grammar girl. She featured in the 2016 Senior A team in the QDU competition and the 2015-2016 BGDA competition, where, on both occasions, the teams achieved 2nd place in the Grand Finals. Bella also represented the School in the 2015 Australian Individual Debating and Public Speaking Competition, a gruelling three-day event in Melbourne where competitors had to perform several times in four speaking categories. She emerged in 2nd place in a national field of more than 150 candidates, honing a set of skills that will stand her in good stead in her future legal career.

Upon leaving school, Bella continued competing in debating at a university level, placing first and being awarded Best Speaker in the 2018 Women’s World University tournament in the UK. She was also a Finalist at the Australian Women’s Debating Championships and the Australian Debating Championships more than once. She has competed across Australia, representing Queensland on many occasions. Debating has encouraged Bella to travel, and build networks of friends and professional colleagues around the world.

Bella has always been exceedingly generous with her time and with sharing her skills in workshops with her teams and other debaters. She has coached continuously at BGGS for six years, coaching the current Senior A team to a 2022 QDU Semi-Final and a Grand Final win in the 2021 BGDA competition. As well, she has adjudicated at the highest level for the QDU and the BGDA competitions, being selected to represent Queensland and adjudicate at the 2020 National Schools Debating Competition. She was also a Senior A adjudicator for the 2022 QDU Grand Final.

Finally, (how has she had time to study Law?), Bella has been active in the Executive of almost all major debating organisations in South East Queensland—BGDA, QDU, and the QUT Debating and Mooting society—working to create collaborative links between these organisations.

Bella has brought a richness to the Girls Grammar Debating program, which is reflected in the ongoing achievements of our students. Her relentless logic and wicked sense of humour are hallmarks of her speeches and have contributed to her being so very enjoyable and exciting to listen to when she is competing. Already some of the debaters she has inspired are returning to coach a new generation of Girls Grammar debaters, and they will certainly pass on Bella’s experience and wisdom.

In Bella’s own words …

‘The skills I developed from debating have been instrumental in allowing me to participate in a range of other activities such as mooting and taking on leadership roles such as President at the QUT Law Society (one of Australia’s largest student societies). I have had the wonderful opportunity to empower young women and to encourage them to set goals and strive to achieve those goals.’ 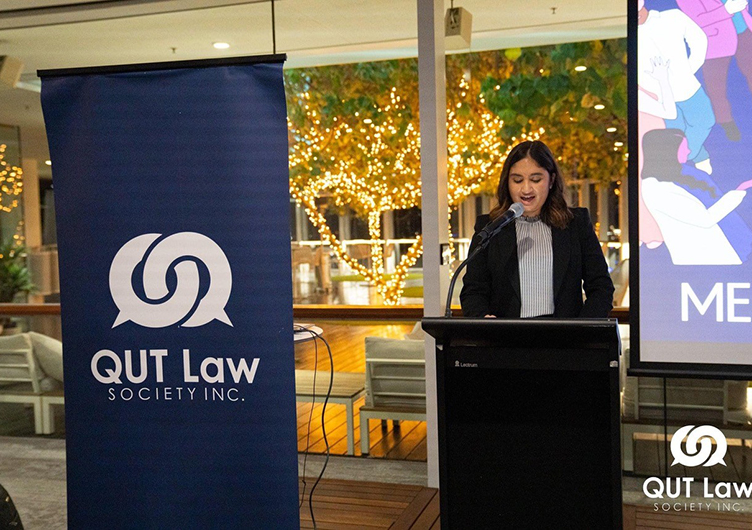 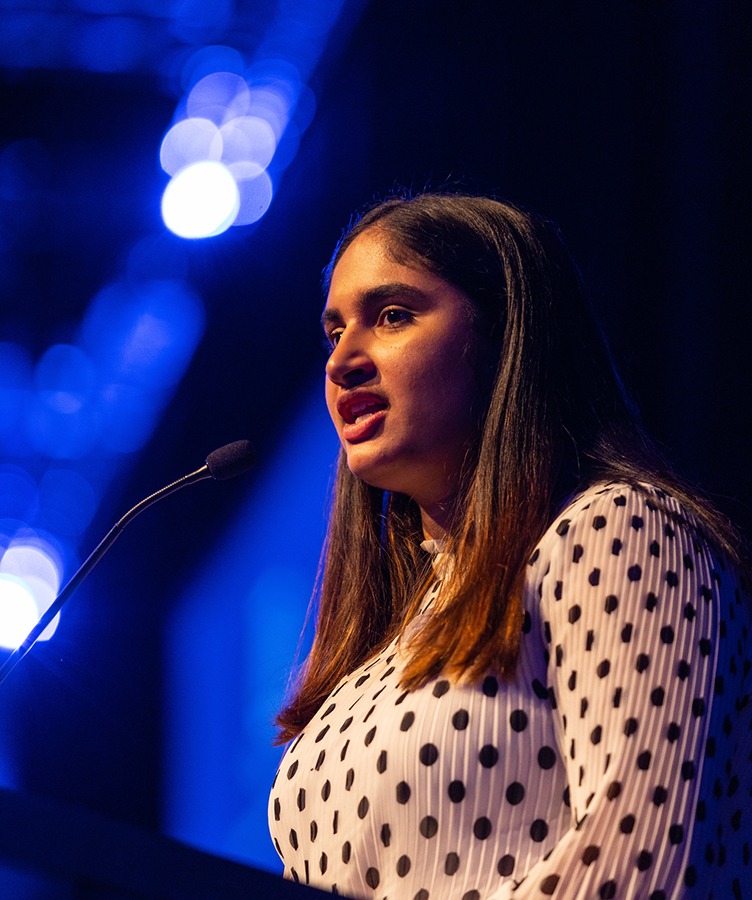