On Monday, the Year 7 cohort, Year 8 Music students, and Uralla Club were fortunate to share in a wonderful music-making and cultural experience with guest artist, Tjupurru. A proud descendant of the Djabera Djabera tribe of the West Australian Kimberley, his visit was also an opportunity to recognise NAIDOC Week, celebrated in the first week of July.

We asked Year 8 Music students to reflect on how the experience challenged their thinking about music, and Uralla Club student leader, Ella Sinclair (12G), writes about Tjupurru’s stories and experiences as an Indigenous Australian.

As BGGS students, we were very privileged to have the opportunity to watch a didjeribone performance from Tjupurru. This incursion allowed us to question our understanding of music, Australian identity, Indigenous culture, and the use of modern technology. I found it thought-provoking how the live loop allowed the creation of many common sounds in Indigenous culture, to blend simultaneously and harmoniously. It was interesting how the didgeridoo could be adapted using inspiration from the trombone to create a new instrument. The didjeribone challenged the way I viewed musicianship, as I never realised how improvisation can enhance or create music. I am now aware that through the didjeribone, Australian identity and Indigenous culture can be heard in our society.

The didjeribone challenged the way I heard different music. I think hearing the initial song, and how it was broken down, showed that different techniques work together to create the whole sound in a harmonious fashion. I used to think that the didjeribone was just another didgeridoo instrument, but now I think the didjeribone is a complex extension of the didgeridoo, with elements of trombone properties, which are played to create a magical effect. I loved the overall experience and I took away some fascinating tips to use in my future music learning at BGGS.

Didjeribone changed how I regard the purpose of music. I used to believe that music was a way to bring people together, entertain, and evoke and express emotions, but now I know that music can also tell stories and convey the musician’s experiences to the audience. I was inspired by the stories Tjupurru told us, mainly through the beautiful Indigenous Australian music he performed on the didjeribone. I found it stimulating how Tjupurru was immediately fascinated by the sound of the didjeribone and knew he wanted to play it. I believe that this is what being a musician means—creating music through a sound you love and using it to convey stories, express and evoke emotions, bring people together, entertain, and bring joy to all.

Tjupurru presented an amazing performance, not only showing us his amazing work as a didjeribone player but also teaching us more about Aboriginal identity and how important didgeridoos are for Aboriginal culture. Didjeribone challenged the way I think about where you can find inspiration. I used to think that inspiration had to come from big things such as bestselling books or songs. Now I think that you can get inspired by anything even if it is just a small sound you hear on the radio, it can truly inspire you to be or do anything. I loved all of his performances and would love to hear his music again.

Tjupurru shared with Uralla Club members a unique and engaging blend of Indigenous and electronic music, as well as his diverse career and journey in music. He also explained the importance of preserving Indigenous culture, and some of the prejudices and other challenges he had been confronted with as an Aboriginal Australian. Tjupurru suggested music is like a universal language, in regards to its power of bringing people together, regardless of language or background. It was a thought-provoking idea I hadn’t previously considered. This opportunity was incredibly meaningful and had all students considering new ideas and different perspectives—critical in understanding our local and broader community and culture. 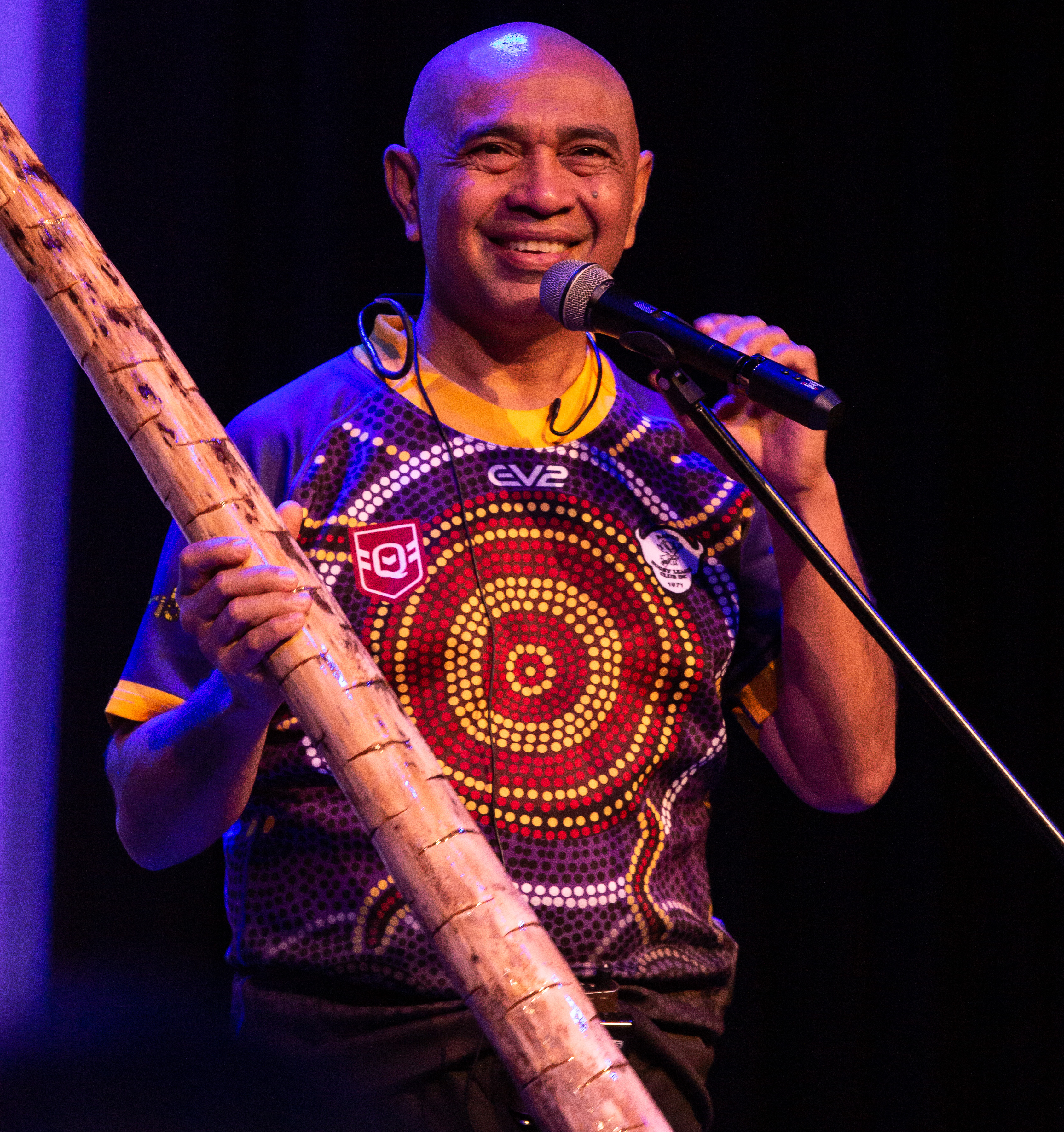