This tournament aims to encourage students up to Year 10 to think critically about different physics problem—for example, how you can minimise the splash resulting from dropping an object from a height of 50 cm into water, or how to explain the phenomena behind why flags flutter in the wind. The tournament involved five such problems which were researched, analysed and experimented on prior to competition.

During a physics ‘fight’, a problem is reported through a 10-minute speech before being critiqued by an opponent from another team, then the reporter and opponent come together to discuss and clarify the physics presented. This process mirrors the way science happens in the real world–research and experimentation, followed by publication and then critique by peers.

The BGGS team included students from Years 8 to 10; Grace Paschkewitz (10O), Susie Shen (10O), Lauren Zillmann (10H), Emma Wong (9W) and Katie Dore (8W). The students have been working on the problems since Week 1, Term 1 during weekly meetings, as well as at additional experimentation sessions throughout the year, and were supported by a dedicated group of student helpers.

Over the two days of competition, the team worked together to share their knowledge and understanding as they defended their presentations and respectfully critiqued the work of others.

The results were extremely close coming into the final round, and the BGGS team is congratulated on being recognised as Silver Medallists. The entire team are commended on their efforts prior to and during the tournament, and their well-researched and insightful presentations. The girls should be proud of their results.

All students currently in Year 7 to 9 are encouraged to keep an eye out in the Minerva News early next year for expressions of interest for JYPT 2022! 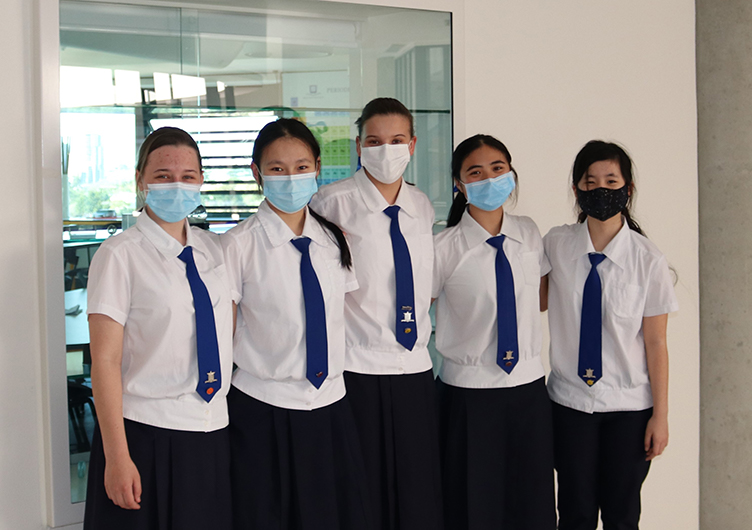