This tournament aims to encourage Year 9 and 10 students to think critically about different physics problems, for example, what you can determine from the crater formed when a ball is dropped in flour, or how to explain the phenomena behind the sound made in a kettle before it starts boiling. The tournament involves five problems which are researched, analysed and experimented on in the three terms prior to competition. During a physics fight, a problem is reported through a 10 minute presentation before being critiqued by an opponent from another team and then the reporter and opponent come together to discuss and clarify the physics presented. This process mirrors the way science happens in the real world—research and experimentation, followed by publication and then critique by peers.

Both Charlotte and Wijdan competed in JYPT last year and their previous experience was an asset to the Girls Grammar team. Team Captain, Charlotte, was well prepared, having completed extensive testing on her problem prior to the tournament, and consistently led the team with good humour and her thoughtful communication skills. Wijdan presented with confidence and precision and showed great flexibility of thinking during the discussions portions of the physics fights. Selected by her team members, Wijdan represented Girls Grammar as opponent in the final, where she performed extremely well.

Jeanie Ha (9H) was quietly poised through all phases of the tournament, Kiara was consistently enthusiastic and focussed, and Prema demonstrated resilience with her ability to take on new ideas throughout the process.

The team are commended on their efforts during and prior to the tournament, and their well-researched and insightful presentations. The girls should be proud of their results. 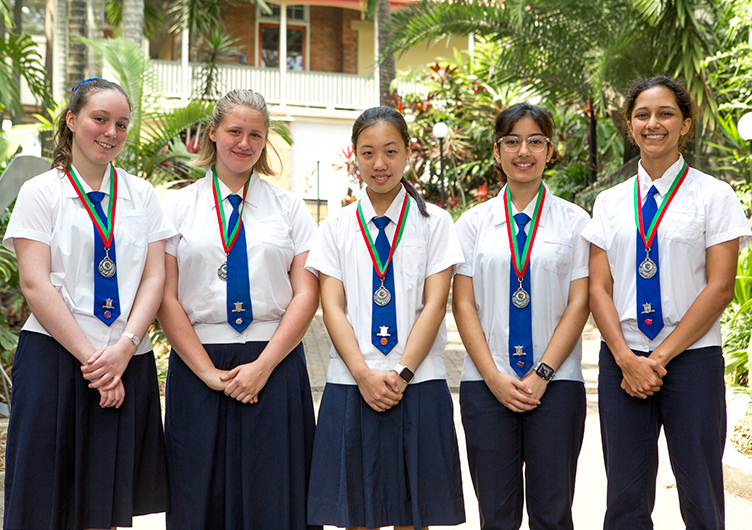