On Tuesday 19 October, Year 8, 9 and 10 Latin students enjoyed a presentation by Living History. During this presentation, we got a glimpse of what life would have been like for Ancient Romans of different social statuses and occupations.

We first met a senator, Gaius Lupus, and his wife, played by student volunteers. It was interesting to see how the senator was able to gain power, popularity and wealth by doing and receiving favours as part of the Roman client-patron system.

One student joined the Roman Military. As they put on the armour of the Roman Legionary, we learnt the functions of each part of the weapons and armour. We also learnt about the battle strategies which led Rome to glory.

Another volunteer became Amazonia, a slave and soon-to-be star gladiator. Following Amazonia on her journey towards fame, the presenters took us into the world of the gladiators—armed combatants fighting for entertainment. We also learnt the fighting techniques of Roman soldiers and gladiators. Fortunately, there were no live demonstrations.

Finally, the students had the opportunity to examine and handle replica weapons and artefacts. The old coins were especially liked by many.

Overall, the experience was very enjoyable! 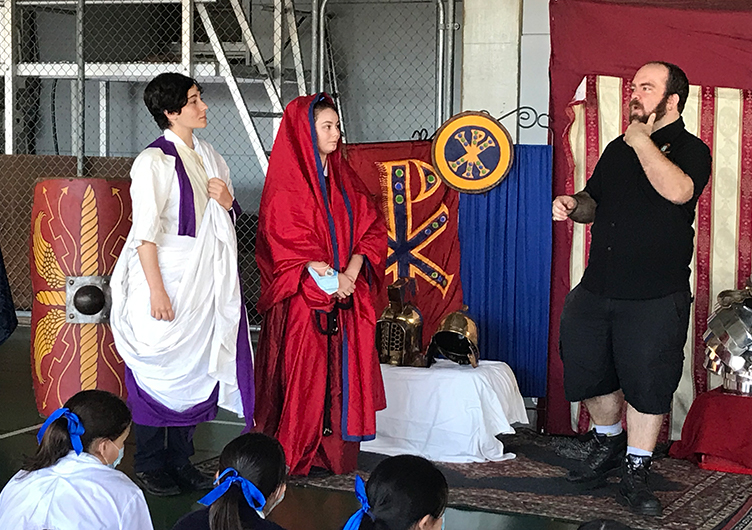 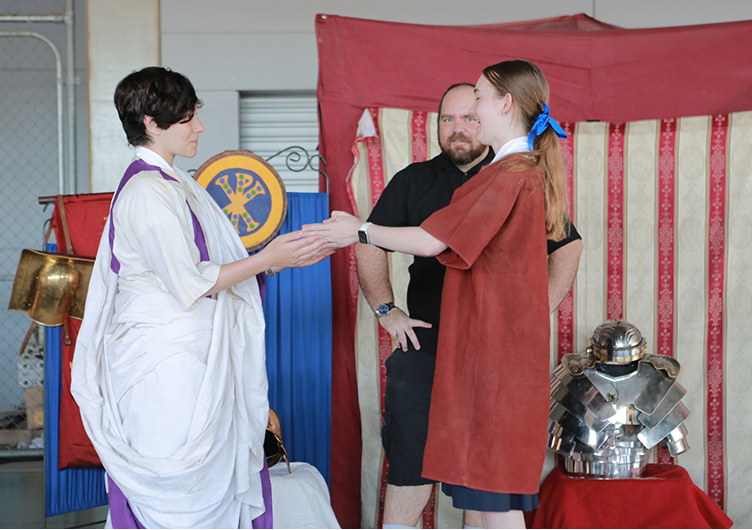