Over the years, the Libellum Society has transformed the Annie Mackay Room into the land of Narnia, Hogwarts’ Library, Hogsmeade’s ‘Three Broomsticks’ and the Restaurant at the End of the Universe for all the Douglas Adams fans.

Last week, girls ‘fell down the rabbit hole’ into Libellum’s Alice in Wonderland Café. Students enjoyed cakes, fruit tarts, other sweet treats and an extended range of teas while playing chess or a game of cards, or watching the film.

The second-hand book sale was also very popular. More than $400 from the event will be donated to the Libellum Society charity, The Indigenous Literacy Foundation, which aims to increase literacy levels and instil a lifelong love of reading in remote communities across Australia.

For the past three years, the Libellum Society and Brisbane Grammar School have held combined book club meetings. Earlier this term, the School hosted Grammar boys for an afternoon in the Beanland Memorial Library where we discussed Alexander Altmann A10567, written by Australian author, Suzy Zail.

The World War II story is about Alexander, a prisoner of Auschwitz, who works in the stables caring for the Nazi officers’ horses. It is a confronting story of war, persecution and survival.

We examined the morals involved in such situations and were reminded of books such as The Tattooist of Auschwitz and The Boy in Striped Pyjamas and the importance of being educated about these events.

The meeting is an event both clubs look forward to, enjoy and learn from, whether it is reading a book we would not usually read, considering the motivations behind a character’s actions, or meeting new and different people.

The Libellum Society has entered two teams in the upcoming Readers Cup competitions. Libellum members are busily reading their five novels in preparation for the quiz nights in June and July. 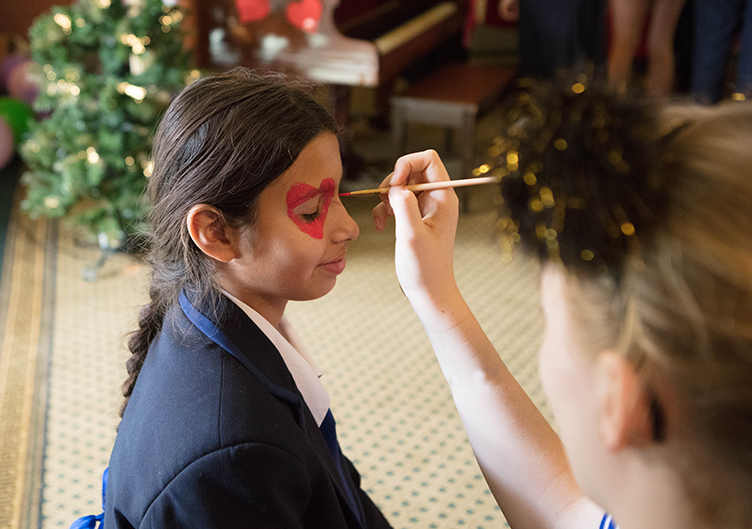