The School has once again had great success in the Queensland History Teachers Association’s Historical Writing Competition.

The competition spans both Queensland and the Northern Territory and invites schools to submit student-written work based on research from Years 7 to 12.

This year, the School had two prize winners and two high commendations in Modern History from six entries.

Congratulations to Charlotte Banney (12L) for winning three prizes in the competition. Charlotte came first for her essay on the Cuban Missile Crisis of 1962 in which she argued that despite the United States’ perception of the missiles as offensive, and Nikita Khrushchev’s self-serving motives, the USSR was justified in installing them in Cuba, as it was acting in defence of an ally, and its own national security. Charlotte also received the Russell Cowie Award for the single best research task on a topic in Modern History. In addition to these awards, Charlotte came third in the Independent Source Investigation category for her work investigating the Gestapo in Nazi Germany. Charlotte will receive her awards at a special ceremony to be held at the Anglican Church Grammar School in November.

Jacqueline Loh (9E) received the third prize for her essay on the treatment of Aboriginal Australians in the early part of the 20th century. Jacqueline argued that Australia’s First Nations people faced discrimination due to social and political exclusion at the time of Federation and early nationhood.

Sophie Lennon (12L) received a high commendation for her essay on the 1948 Berlin Airlift. In this essay, she argued that although the airlift was staged primarily for strategic interest, the USA’s commitment to staying in the city resulted in the human rights of the West Berlin people being upheld.

Madison Danalis (12W) received a high commendation for her essay on the role of American foreign policy under President Ronald Reagan in the 1991 collapse of the Soviet Union. Madison argued that although United States’ policies contributed to the USSR’s instability, its collapse was ultimately caused by internal issues that were present before Reagan entered office.

The History Department is very proud of our students’ achievements. 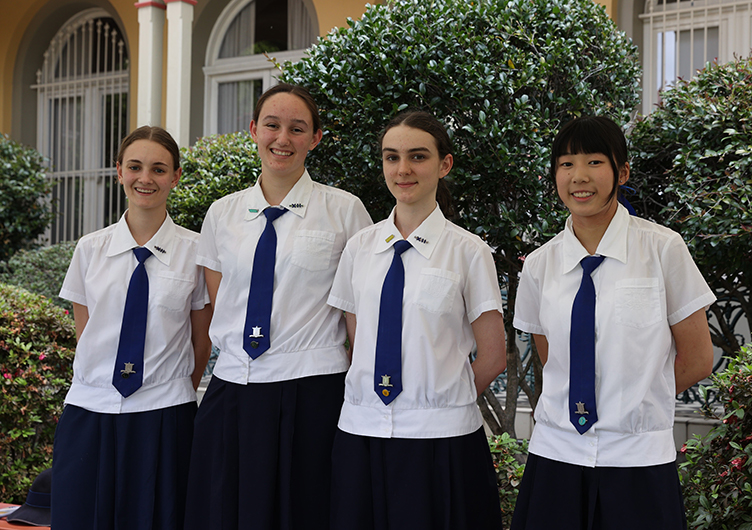