Nineteen teams from Years 8 to 12 have been vigorously and vociferously prosecuting their cases throughout five rounds of hotly contested QDU competition during Terms 1 and 2.

As with so many of our interschool competitions, our debaters have shown tremendous flexibility and fortitude. They have dealt admirably with illness, floods, storms, and late postponements. They have contested both long and short preparation debates, with frequent late finishes. They have shown great mettle and they have thrived, under the leadership of Debating Captains, Johanna Conomos (12W) and Scarlett McLellan (12H).

Fourteen teams have progressed to the QDU Finals, a five-debate series, which will be contested weekly throughout Term 3. The successful teams are:

From here, these teams will compete in knockout finals on Wednesday 20 July, and Wednesday 27 July. Those who remain at this point will contest the Quarter Finals on Friday 12 August, Semi Finals on Wednesday 17 August, and then the Grand Final on Wednesday 24 August. Brisbane Girls Grammar School will continue its hosting duties throughout the QDU Finals, so if you happen to be at the School on any of these evenings, make sure you wish our fabulous debaters luck.

Meanwhile, the Year 7 QDU competition begins in the final week of Term 2 and continues into Term 3. There are only four rounds of the Year 7 competition, and no finals—this competition is designed to provide our youngest students with the experience of QDU competition without the pressure of finals. Any Year 7 students who are interested in further debating opportunities, or who missed out on selection for a QDU team, should look out for information about another competition being run in Term 4 with All Hallows School and Brisbane Grammar School.

We wish all those students competing in QDU Finals, and those Year 7 girls about to begin their BGGS debating careers, the very best of luck in their upcoming debates. 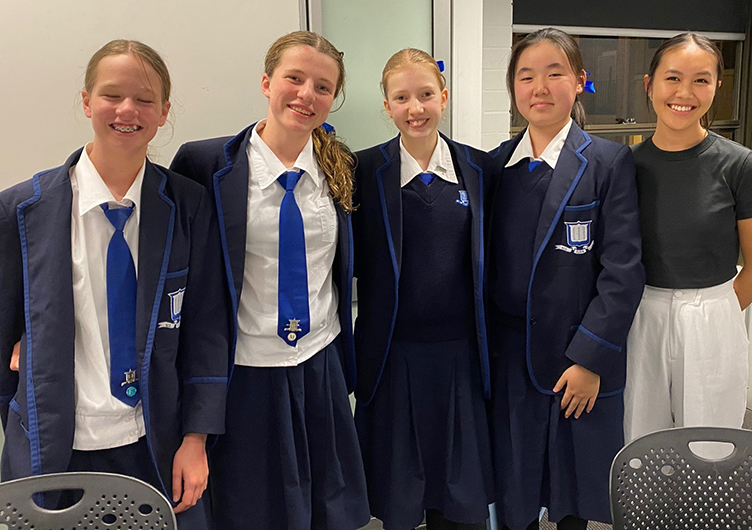