After several years competing for the Queensland Firebirds in the early 2000s, Karen now coaches the next generation of netball lovers.

The girls practised ball skills, shooting and teamwork, and learned about Karen’s experiences of managing sport and school commitments early in her career. We thank Karen for her time.

As the social netball season ends next week, students are encouraged to come along on Thursday afternoon to have fun and vie for the top position with their teammates.

The Magpies are currently in first place, with the Swifts trailing closely behind!

Games resumed yesterday in the Sports Centre, with finals and a break-up party scheduled for next Thursday. 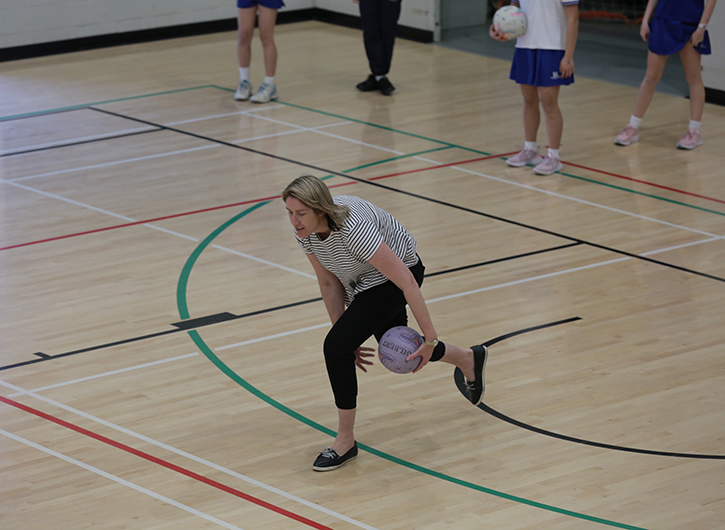